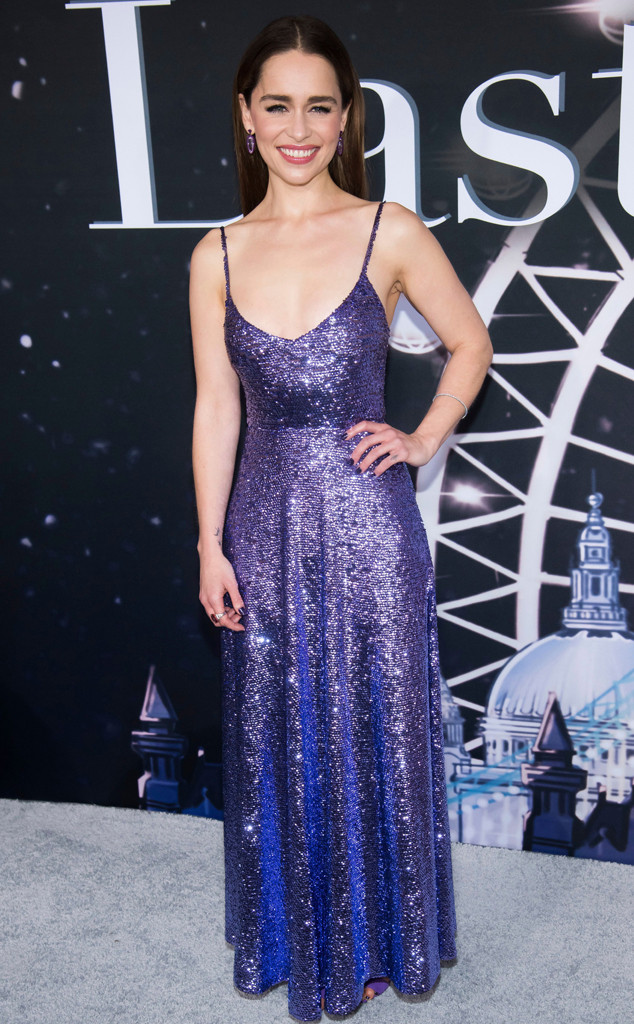 All hail the Queen of Dragons.

Game of Thrones might be over and Dany might not have taken the Iron Throne but Emilia Clarke is still having to answer for her.

At the New York City premiere at AMC Lincoln Square of her upcoming film Last Christmas, also starring the Crazy Rich Asians actor Henry Golding, Clarke caught up with E! News to talk about the holiday season, her new romance flick, Halloween, her brief stint in the Star Wars universe and of course, GoT.

Clarke, who wore a gorgeous dazzling purple strappy Valentino dress, couldn’t seem to avoid talking about the popular HBO series. She shared with E! News that whenever she meets fans, she always gets bombarded with theories on what fans “would have liked to have happened in season eight as opposed to what happened so there’s a lot of that.”

Some theories, she said, are “fascinating, really, truly… mind-blowingly brilliant.”

The 33-year-old also shared her thoughts on fans naming their children after the GoT character, Daenerys or Khalessi.

According to the Washington Post, at least 3,500 girls have been given one of those two names. Vulture also reports that in 2018 alone, the name Khaleesi ranked among the 1,000 most popular girl names. 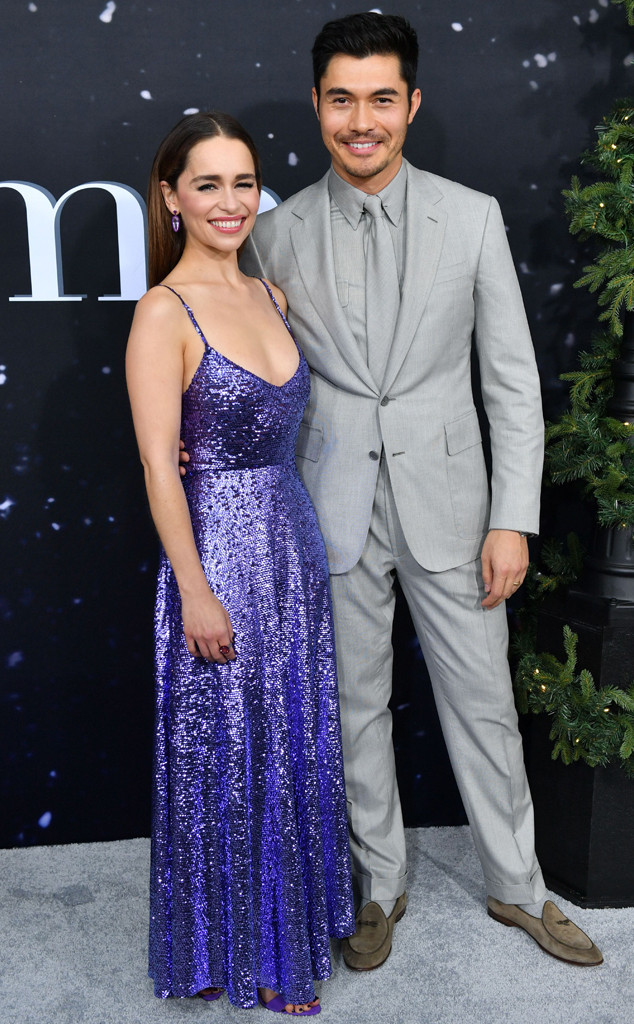 In response to how she feels when she learns of fans naming their children after her infamous character, Clarke seemed a little skeptical and amused by it.

“A lot of people did Khaleesi and Daenerys… by the time someone’s called their child Khaleesi or Daenerys, they’re like four when season eight happened and so they no longer become the character but rather the child that they are… so that’s good,” Clarke told E! News. “They create their own identity.”

It looks like Clarke wants better than for kids who bear her character’s name to be anything like the Queen of Dragons.

Besides GoT talk, Clarke also talked about the upcoming film  Last Christmas and shared with E! News that even before filming the movie, Wham!’s hit song of the same namesake was one of her favorite Christmas-themed songs.

Clarke’s co-star Golding also stopped by to speak with E! News about the film, calling it “one of the greatest holiday movies you will ever come across.”

“It has all the elements,” Golding told E! News. “What more could you ask for?”