She’s grown up since “Hailie’s Song.”

Eminem’s daughter Hailie Jade Mathers shared a “getting ready” video on TikTok and gave her followers a peek at her outfit – which included a special touch stolen from the Slim Shady rapper’s closet.

The influencer showed off her beauty routine while talking about the outfit she was wearing to that night’s Pistons game alongside her boyfriend, Evan McClintock, which included her “Without Me” hitmaker dad’s vintage jacket.

The Puma ambassador paired the jacket with what looks like Abercrombie mixed leather and denim pants ($140), which she described as “business in the front, party in the back” and classic red Puma suede sneakers ($39) which she has in every color. 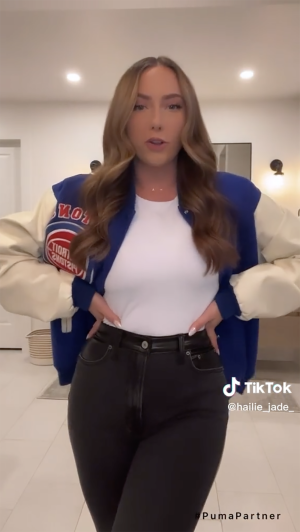 “Random fun fact, my family used to go to Pistons games a lot when we were younger but we haven’t really gone in a while,” the “Just a Little Shady” podcast host told her 1.3 million followers.

“I showed that varsity jacket and I actually stole it from my dad a few years ago,” the “Hailie’s Song” muse continued, referencing her famous father.

“I’m assuming it’s from when we used to go to games when I was younger but I’ve never really had a chance to wear it so I’m excited to wear that too!” 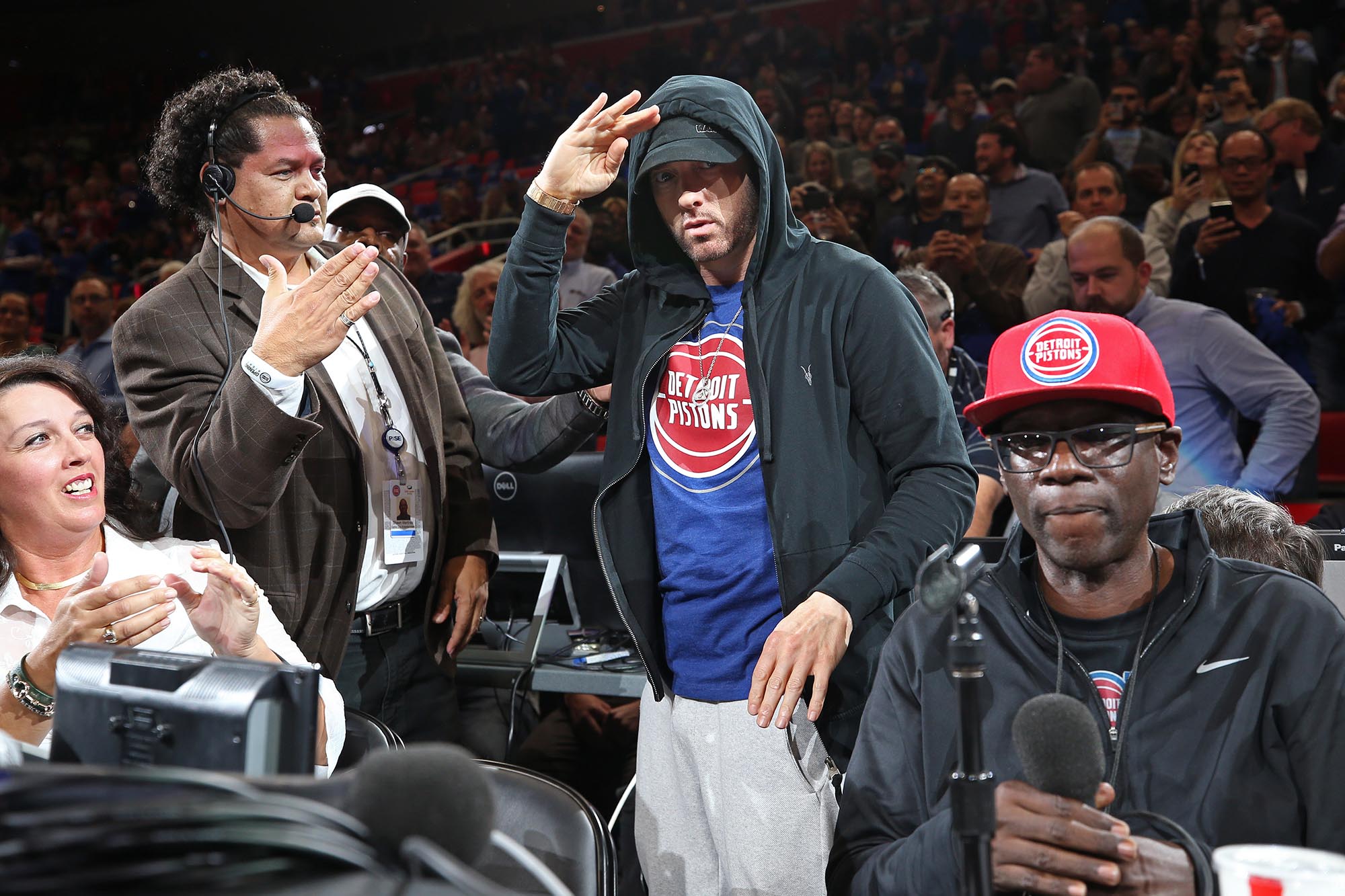 It’s possible the TikTokker will create a clothing line of her own in the future – and perhaps it will take inspiration from her dad’s closet.