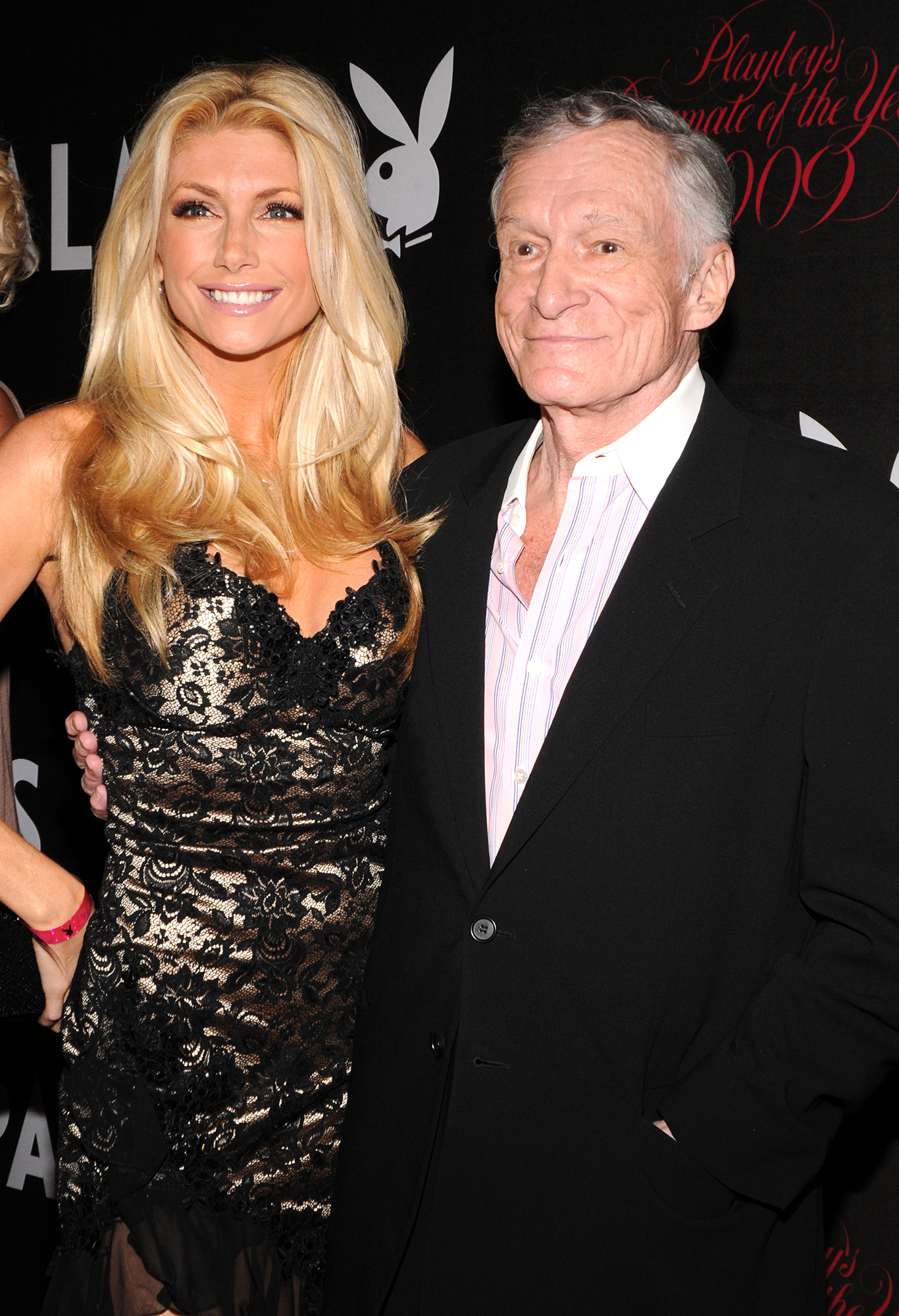 Weighing in. Amid Holly Madison’s allegations about her Playboy Mansion experience in the Secrets of Playboy docuseries, former Playmate Brande Roderick is sharing her memories.

“For me, I have a real fond love for Hef, he was a wonderful person,” Roderick, 47, told Ashleigh Banfield during a Friday, January 21, appearance on her Banfield NewsNation show. “I learned about art, I learned about music, you know, big band and jazz, old classic films. I learned grace from Hef, that’s one thing that I learned and got to see firsthand is the way that this major iconic man, who’s super famous, would react with everybody. … He was just so graceful, which is something you don’t see a lot of times from celebrities in Hollywood.”

In the A&E documentary, which released a trailer earlier this week, participants detailed allegations about a “cult-like” atmosphere at the mansion and what the infamous parties were actually like.

The 2000 Playmate of the Year, for her part, doubled down on her pro-Playboy stance: “Well, you’re talking to someone who was there in the ‘70s. For me, it was not like that whatsoever. In fact, there was one night at one party where security came to Hef and said, ‘There’s somebody doing cocaine in the bathroom.’ He had them kicked out and never allowed at the mansion again. He was very much against drugs.”

The Baywatch alum further claimed: “How about the girls there preying on these rich men? I mean, come on, that’s ridiculous. … They were all there at their free will: No one was holding a gun to their head.”

Roderick discussed her disapproval at many of the former models who have only started speaking out after Hugh Hefner’s death. (He died in September 2017 at the age of 91.)

“I feel so sad that I even have to defend him because he’s such an amazing person who has done so much for so many people,” she added. “And the fact that some women are coming out because maybe they have a book coming out, maybe they want 15 more minutes of fame, maybe they’re out of it, whatever, and to do it now, after he’s dead, when he cannot defend himself, to me is disgusting.”

She continued, “Why not go on the other documentaries that have been made while he was alive and say these things about him? … He’s not those things.”

Earlier this week, Madison made headlines after likening her mansion residency to being in a “cult” during a sneak peek of Secrets of Playboy.

‘Girls Next Door’ Cast: Where Are They Now?

“We were all kind of gaslit and expected to think of Hef as, like, this really good guy,” the Vegas Diaries author, 42, said in the clip. “You started to feel like, ‘Oh, he’s not what they say in the media — he’s just a nice man.’ … You had a 9 o’clock curfew, you were encouraged to not have friends over. You weren’t really allowed to leave unless it was, like, a family holiday. I kept my waitressing job one day a week because I just wanted something easy to go back to, should things not work out. He said it made him jealous, and he would appreciate it if I quit my job.”

Amid the Girls Next Door alum’s claims, the company issued their own a statement to E! News about the allegations.

“Today’s Playboy is not Hugh Hefner’s Playboy,” the brand said on Thursday, January 20. “We trust and validate these women and their stories and we strongly support those individuals who have come forward to share their experiences. … We will never be afraid to confront the parts of our legacy as a company that do not reflect our values today. We are committed to our ongoing evolution as a company and to driving positive change for our communities.”