Tiffany & Co. is revealing three new brand faces today in addition to a preview of its newest collection. The jeweler has chosen Tracee Ellis Ross, Eileen Gu and Anya Taylor-Joy as its latest brand ambassadors.

The three women are featured in the jeweler’s new campaign for its T1 jewelry collection, called “Give Me the T,” which was photographed by Mario Sorrenti and debuts across Tiffany’s platforms on June 15.

“Growing up, I would often wander through the flagship on Fifth Avenue, imagining myself as a grown woman wearing the bold elegance of Tiffany’s signature diamonds. All these years later, to be the face of this iconic brand and to represent the T1 collection is a dream come true,” said Ellis Ross. “Shooting the campaign was a welcome moment of inspiration and glamour after the challenging year that we’ve all experienced.”

Taylor-Joy added: “I love jewelry that has symbolism in it. I love it to mean something to me. It doesn’t necessarily have to mean anything to anybody else, but I like to look down at my fingers and have a story.”

“The Queen’s Gambit” actress has been consistently wearing Tiffany & Co. jewelry during this year’s awards show circuit, where she was often ranked among Hollywood’s best dressed in ensembles styled by Law Roach. In April, rumors began to swirl that Taylor-Joy had signed on as an official Tiffany ambassador when she was photographed on set for one of the jeweler’s campaigns.

While Ellis Ross and Taylor-Joy are established names in the entertainment world, Gu — a model and professional freestyle skier who competes for China — is the lesser known of the trio. But that is all set to change in February, when the 17-year-old Gu is expected to make her Olympic debut at the 2022 Winter Olympic Games in Beijing. While training, Gu has also found the time to enroll at Stanford University.

“Wearing a beautiful piece of jewelry, especially one that is meaningful or motivational in a personal sense, is an inexorable feeling — it’s empowering, inspiring and exciting to express myself, to feel seen and heard without having to utter a single word. I’m obsessed with the balance between elegant simplicity and striking boldness that the new T1 collection offers,” she said of being featured in the new campaign. 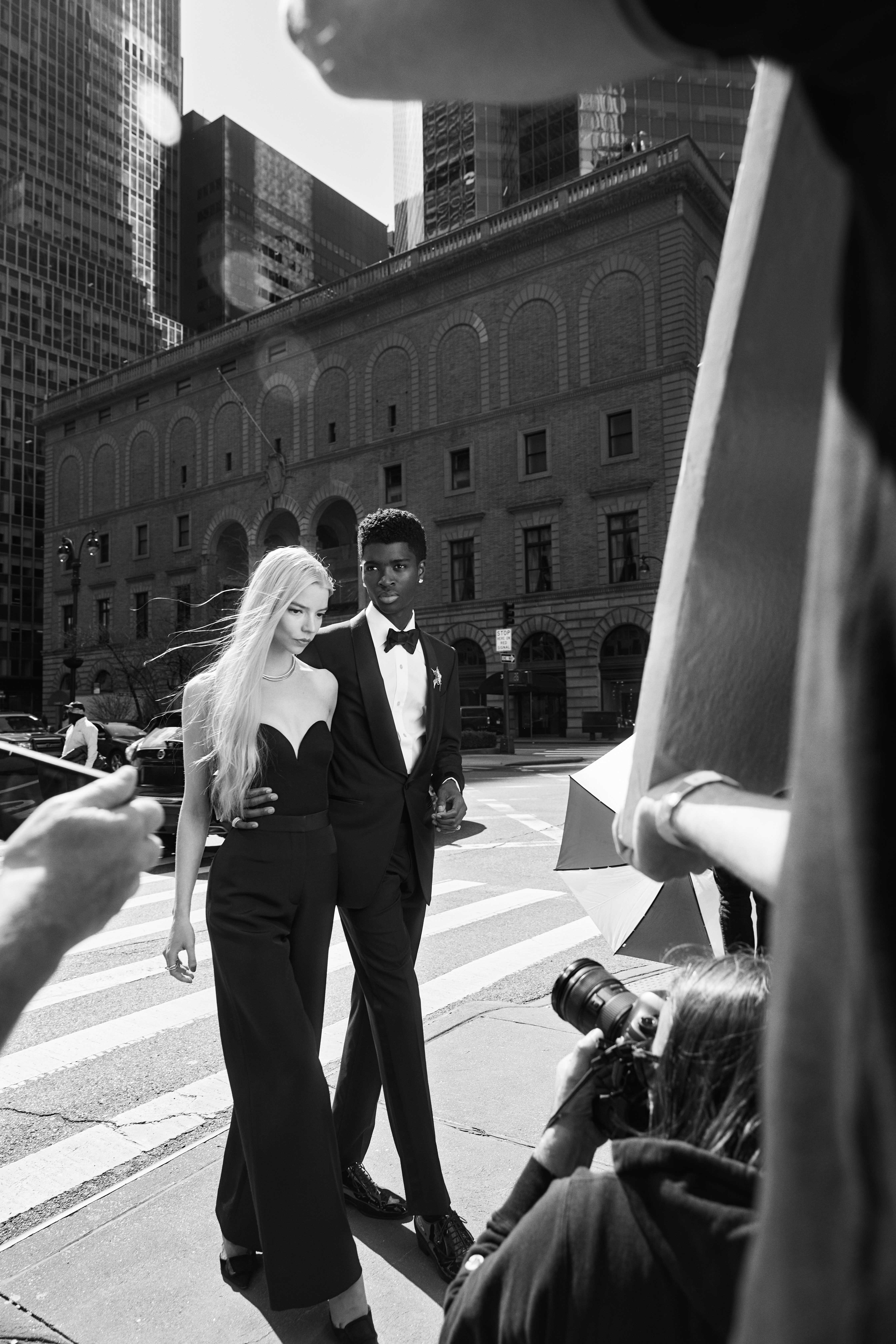 Both Gu and Taylor-Joy will also feature in a campaign for Tiffany’s forthcoming “Tiffany Knot” collection. The designs were devised by former Tiffany artistic director Reed Krakoff, before he departed from the jeweler in January upon LVMH Moët Hennessy Louis Vuitton’s acquisition of the American company.

Called “Knot Your Typical City,” the campaign — also photographed by Sorrenti — is the shoot at which Taylor-Joy was caught by paparazzi on set in New York City. It also features male model Alton Mason.

The “Tiffany Knot” collection is due to be released in North America this fall and will hit global markets sometime in 2022. In a behind-the-scenes campaign photo, Taylor-Joy can be seen wearing a necklace that twists into a knot shape, in addition to earrings and rings with a matching motif. The Knot jewelry she wears is made from both 18-karat rose and yellow gold, some of it set with diamonds.

It remains unclear when Tiffany will begin issuing new collections devised under LVMH’s watch, since the production lead time for jewelry often exceeds 12 months — even sometimes longer for a company with the global distribution of Tiffany’s size.

From a marketing perspective, the jeweler’s aesthetic, however, has begun to take a new turn under the luxury group’s tutelage. As recent campaigns for Pride Month and Mother’s Day have shown, LVMH appears to be giving Tiffany a younger, more au courant slant — part of a larger scheme to modernize the jeweler from one of prim Americana to a cutting-edge, global force in luxury.