Experts warn against letting your child sit in THIS position 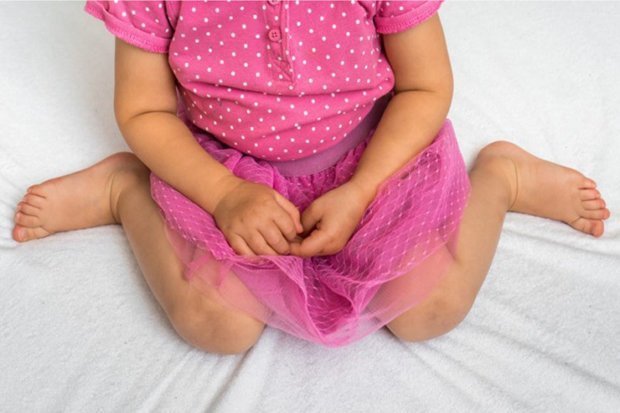 As anyone with little ones will know, babies can contort themselves into some interesting positions that even the best yogi would struggle to mimic.

And parents of toddler age kids may be familiar with the ‘W’ shape– when the child sits on their bottom with both knees bent and their legs flicked out, creating a the shape of a letter ‘W’ from above.

It’s a common position for them to get into when they’re sat in front of the tv or playing with their toys on the floor.

But although it may look harmless enough, experts are now warning that the position can have an adverse position on your child’s physical development.

According to The Paediatric Therapy Centre in Australia, it can strain their legs, ankles and hips, and cause them to walk with toes turned inwards, once they learn.

If not addressed before your child hits two years, the position could also affect a child’s core strength and motor skills, which would in turn negatively affect their balance and ability to run and jump as kids should do during.

And while any parent is loath to disturb a content toddler, it’s a good idea to encourage them to shift to a different position if you notice them adopting it too much.

Talking to Kidspot, Dr Sam Hay tells parents to be vigilant but rational about things.“I think the first thing I want to say to parents is: don’t panic if your child sits like this occasionally.”

It’s OK for kids to move in and out of the W position, finding themselves occasionally there.

“The issue is if it’s their preferred sitting position.”

Dr Hay also cautioned that in extreme cases, children can develop hip dysplasia, which is when the ball and socket joint doesn’t properly form in babies and young kids.

Of course, even if your child is especially fond of the W position, it is important not to scold them for it.

Instead gently encouraging different positions such as long sitting, side sitting, criss-cross sitting or sitting on a little chair, should help get them out of the habit.