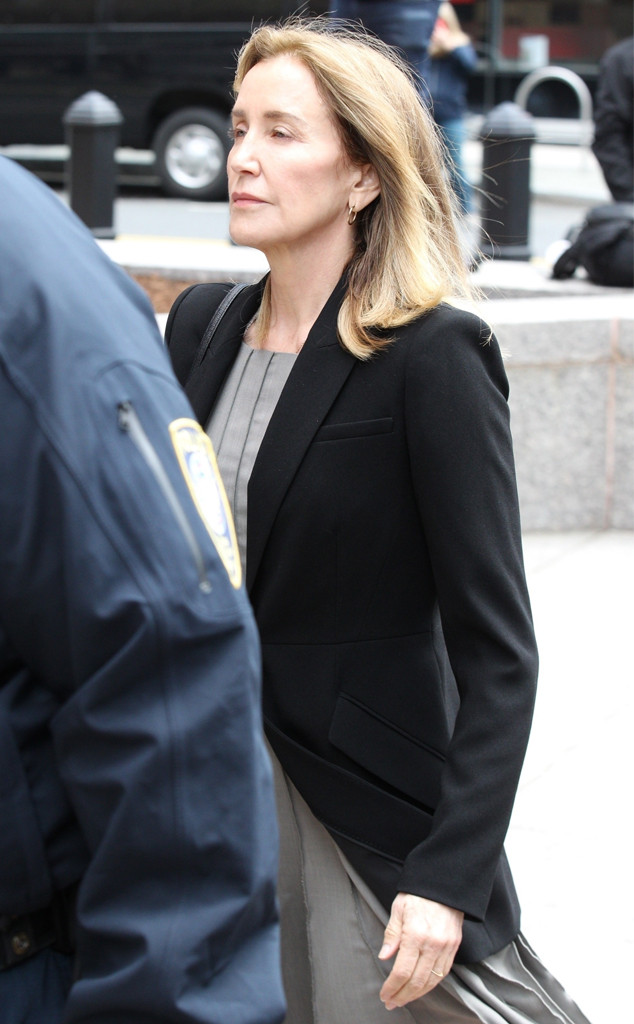 Felicity Huffman is ready to face the consequences for her actions.

On Monday afternoon, the Hollywood actress officially pleaded guilty to charges of mail fraud and honest services mail fraud nearly two months after being arrested in a college admissions scandal.

Photographers captured the former Desperate Housewives star arriving to a Boston courtroom in a gray dress with a black blazer. She was holding hands with her brother and remained quiet when photographers asked for comment.

According to NBC News, prosecutors recommended a sentence of four months prison time. They also suggested a $20,000 fine and 12 months of supervised release for the charge, which is a felony. Sentencing is expected at a later date.

Back in April, Felicity broke her silence on the college admissions scandal that has made national headlines.  She took “full responsibility” for her actions and assured fans that her daughter was not aware of her mother’s behavior.

“I am pleading guilty to the charge brought against me by the United States Attorney’s Office. I am in full acceptance of my guilt, and with deep regret and shame over what I have done, I accept full responsibility for my actions and will accept the consequences that stem from those actions,” Felicity shared in a statement. “I am ashamed of the pain I have caused my daughter, my family, my friends, my colleagues and the educational community.” 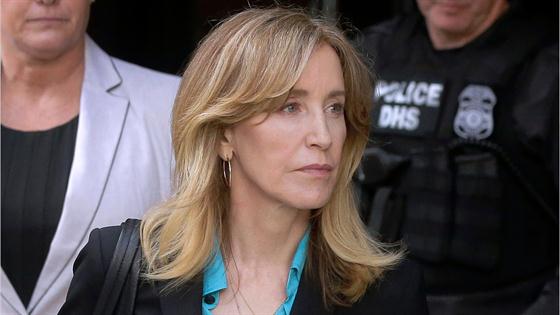 She continued, “My daughter knew absolutely nothing about my actions, and in my misguided and profoundly wrong way, I have betrayed her. This transgression toward her and the public I will carry for the rest of my life. My desire to help my daughter is no excuse to break the law or engage in dishonesty.”

Since the scandal broke, Felicity has deleted her social media accounts and has tried her best to remain out of the spotlight.

While some parents have pleaded guilty in the scandal, others allegedly involved in the case including Lori Loughlin and husband Mossimo Giannulli have pleaded not guilty.

“Lori really believes she isn’t guilty and that any parent would have done the same thing that she did if they were in that position,” an insider previously shared with E! News. “She plans to fight this and for her girls. She can’t imagine what will happen to them if she goes to jail.”

According to reports, the college admissions scandal could implicate more parents in the coming months. In other words, this story is far from over.