Black women are central to Danielle Deadwyler’s artistry. Just days before the debut of the highly-anticipated historical drama Till, the actress is enjoying a moment of calm. In the movie, Deadwyler stars as activist Mamie Till-Mobley, whose 14-year-old son, Emmett Till, was kidnapped and lynched in Money, Mississippi, in 1955. The film, helmed by Clemency director Chinonye Chukwu, is already getting awards buzz, which means a whirlwind is certainly on the horizon for Deadwyler.

For now, the Atlanta-born actress is reflecting on Maime’s story and the stories of every woman she’s embodied throughout her career. From Cuffee in The Harder They Fall to Yoli in P-Valley, these Black women and their stories have all been puzzle pieces in the foundation of Deadwyler’s life’s work.

“Those are the women I grew up watching walk down the street,” Deadwyler tells ESSENCE. “Those women are integral to my understanding of the world. Those are the people I found strength in — the folks the world says aren’t valuable. I look them dead in the eyes like, ‘What other people say is not what you are.’ You want to tell stories about people that you know that get to the visceral quality of who you are while understanding how people grow and change. You want to see someone shift; you want to see the story take you from point A to point B. That’s all I’ve seen all my life. I know Black women. Women who have been marginalized by the greater world but say, ‘F-ck your marginality; I am the center.’ Toni Morrison has always told us we are the center. All this other stuff is nothing but a mere distraction. I want to show that in any form or medium of work I do.” 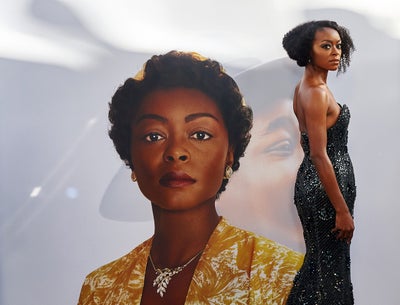 While Deadwyler has certainly garnered significant recognition for her work on the big and small screens, acting is only a fraction of her work as a performer. “Dance was my first medium, which is a natural segue into theater,” she explains. “I remember one of the first roles I did as a kid was playing one of the four little girls [killed during the 16th Street Baptist Church bombing in Birmingham]. A play called Women Hold Up Half the Sky. It was a fusion of dance and theater performance. I remember that as a significant historical role but also something that fused all the qualities of who I was as a dancer. Then, I came into this emotional understanding of myself through acting. It’s just always been there. It stayed with me.”

Deadwyler has never been afraid to move in a different direction or take chances. She even took a break from acting, teaching elementary school for two years until the medium began calling out to her again. “The remembrance was pulsing through the veins,” she recalls. “I’ve just been doing that ever since. It’s a spiritual undertaking. It’s not just an art practice; it’s an indelible quality of my life.”

Jumping back into the acting world, following her work as an educator, Deadwyler found herself on one of Tyler Perry‘s hit shows, The Have and the Have Nots portraying the quick-tempered LaQuita “Quita” Maxwell. “Tyler has his own style,” she says of the experience. “It’s almost like a theatrical experience in the speed with which he moves. You’re going to work really fast, and you’re going to work really hard, and it’s going to happen in a blink of an eye. So you got to be ready. Tyler says, ‘Be ready for any and everything.’ I learned that from him, and I can engage with anybody and be on any set as a result of it.” 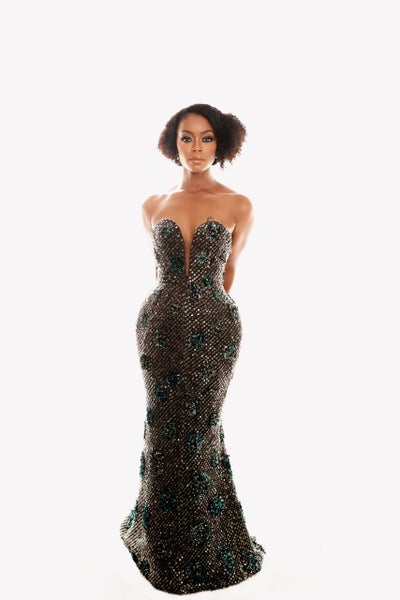 Still, despite all of her training and education, including her degrees from Spelman College and Columbia University, as well as her work as a volunteer with the Southern Christian Leadership Conference (SCLC), Deadwyler wasn’t prepared for the Till script to land on her desk. “I was scared as hell,” she explains. “I’ve just known it all my life. My mother was born in 1955. Whoopi [Goldberg] was born in 1955. It’s a 67-year experience from then to now. I was nerve-wracked and didn’t read the script for at least a few days after my rep had sent it to me. I read a third of it, and then I put it down. I read another third, and then I put it down. And then you read the last third, and you go, “Oh, OK.” After reading it, that stuff starts to sizzle in you, and you don’t want anybody else to do it. You know it’s a great responsibility, and you charge ahead knowing that kind of integrity needs to be brought.”

Once Deadwyler decided to slide on Mamie’s gloves, especially after reading her memoir, Death of Innocence: The Story of the Hate Crime That Changed America, the fear evaporated. “It’s nothing but will, it’s nothing but courage after that, and you’ve got to know everything,” she says. “You do all the deep diving.”

The community Chukwu built in making Till allowed a sense of tranquility on the set, despite the heaviness of the subject matter. “Sean [Patrick Thomas] is the rock that I needed as a person. He is the rock that Mamie had in Gene [Mobley]. He cared for me every day he was on set as a person, human, and actor. Whoopi did the same thing, and everybody else, cast and crew alike. The crew honored those difficult days, especially during the funeral home scene. They wore white button-down shirts and ties to honor and be in solidarity with me.”

Deadwyler used Mamie’s words to guide her performance. Her reflections colored in the nuances that the black-and-white images sprawled throughout the media lacked. It’s an experience that the actor will keep close to her spirit from now moving forward. “Nothing about this was a solitudinous experience,” Deadwyler reflects. “Everybody was in the care of each other. There’s no fear after you know that you will be OK. Regardless of how painful it’s going to be, that’s the beauty of it. That was what Mamie did. She knew that she had to move through a particular pain to get to a particular power, and a great joy and possibility and letting folks know about the legacy of Emmett.”

Now that Till is completed and awaiting its debut, Deadwyler sits with the intimacy of Mamie Till’s life, a life that veered so sharply from the one she’d imagined. “You’re going to feel all of that stuff in this film,” she says. “Nobody knows what she went through, and that’s what I want people to witness. I want people to learn about the joy of her humanity, the joy of her love as a mother, and the joy of her carrying the legacy of Emmett and herself forward in the activism of her life thereafter.”