Former barrister says gender dysphoria should be treated like anorexia

A former barrister who hit headlines earlier this year for after alleging he was thrown off his degree course over gender critical views, says gender dysphoria should be treated in the same way as a condition like anorexia to protect children.

James Esses, 30, who lives in London, claims he was ousted from his master’s degree in psychotherapy at the Metanoia Institute in west London after speaking out against the ‘medicalisation of children and the infiltration of gender ideology into the mental health profession’.

Speaking to FEMAIL, the campaigner insists he ‘isn’t anti-trans for believing in biology’ and calls for alternative treatment for gender dysphoria.

‘You wouldn’t treat anorexia with liposuction,’ he explained. ‘At its core, people need to understand that gender dysphoria is a mental health condition. There are those who say that being trans should not be pathologised, but in the same breath request irreversible medication and surgery.’ 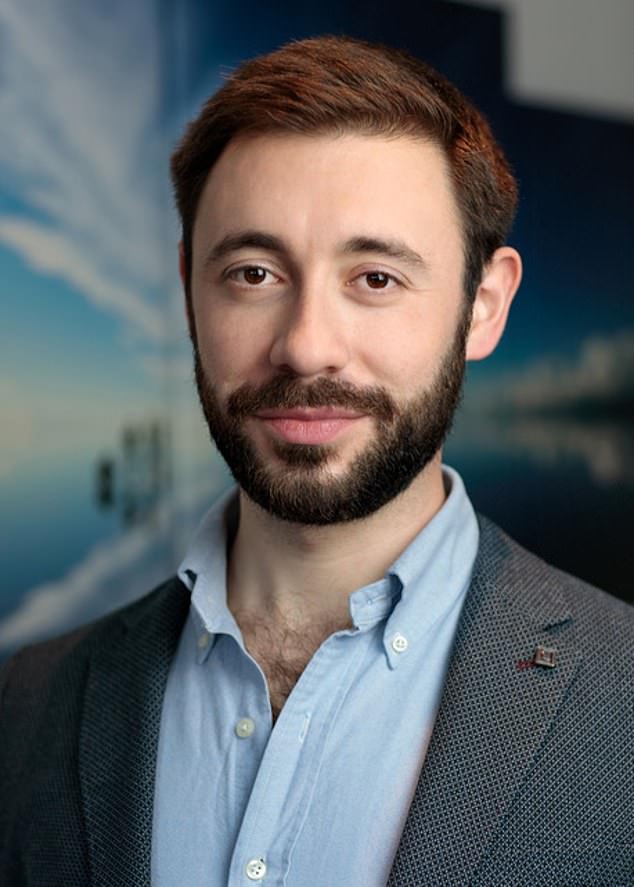 James Esses, 30, who lives in London, says gender dysphoria should be treated in the same way as a condition like anorexia to protect children

‘This is fundamentally inconsistent. We should be treating gender dysphoria in the same way that we treat all other mental health conditions – with explorative therapy, not with automatic affirmation down a pathway of physically modifying one’s body, fraught with risk, harm and regret.’

James, who was on the cusp of setting up his own private therapy practice prior to his expulsion from university, says that he gets ‘abuse and vitriol’ for being ‘anti-trans’.

This comes after he called for more thorough counselling for those with gender dysphoria – something he says would be standard practice for sufferers of other forms of dysphoria, such as anorexia and body dysmorphia.

Scotland’s new gender laws: What is the Gender Recognition Reform Bill? Why is it so controversial? Who has been opposing it? And will it definitely come into force? 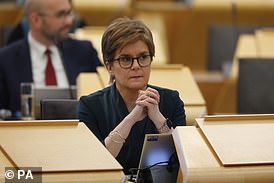 ‘Once members of the public are made aware of the potentially irreversible damage being caused to children and hear the stories of those left with lifelong regret, they tend to empathise with what I and others are speaking out about.

‘To parents who face a child struggling with gender dysphoria, I always recommend trying to strike the right balance, which is often easier said than done.

‘It is important that children feel listened to, respected and empathised with. At the same time, it is important to emphasise to children what is real and what isn’t and to support explorative reflection (including through counselling or therapy) of why a young person feels the way they do.

Scotland’s controversial Gender Recognition Reform Bill was passed yesterday, and James – who founded the group Thoughtful Therapists – has been vocal on Twitter about the changes, calling it a ‘dark day for Scotland’.

The Gender Recognition Reform (Scotland) Bill will remove the need for anyone over 16 to have the medical diagnosis of gender dysphoria that’s currently required to receive a gender recognition certificate (GRC).

Critics have argued it could allow violent male sex offenders who transition, including rapists and child abusers, to force victims to use their female pronouns in court and and access female-only spaces after conviction.

‘A man would need to live as a woman for just three months to be afforded the same legal protections as a woman,’ he said.

‘This is a profound threat to safeguarding, watering down the existing checks and balances designed to ensure that those who wish to transition are genuine. 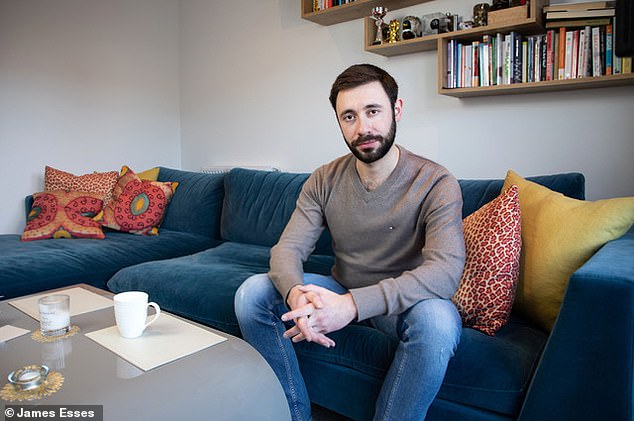 James, who was on the cusp of setting up his own private therapy practice prior to his expulsion from university, says that he gets ‘abuse and vitriol’ for being ‘anti-trans’

‘It would also make it difficult for medical professionals to question someone’s decision to transition, even if they felt it was not in the patient’s best interests.’

Speaking on these issues hs seen James labelled a ‘bigot’ on social media, but he won’t be dissuaded.

‘The term ’transphobic’ is thrown about so freely that it has, in essence, lost all meaning,’ he said.

He says a case in point is J.K Rowling, who has been labelled transphobic for speaking out on issues of safety in ‘female spaces’ and the use of gender neutral terminology such as ‘people with a cervix’.

The author’s views on gender ideology have led to a significant public backlash, as well as criticism from Harry Potter stars such as Emma Watson and Daniel Radcliffe. 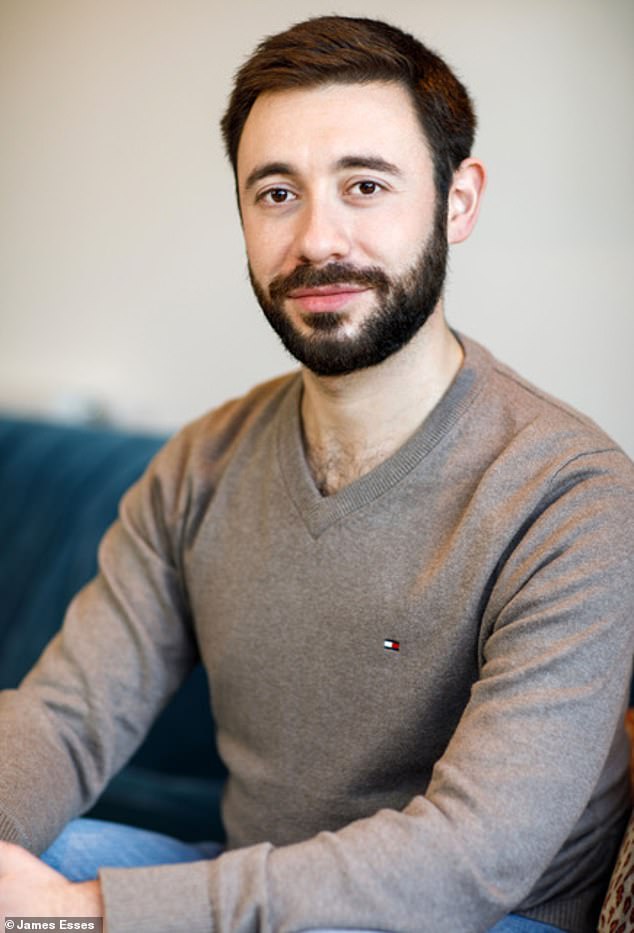 James said that once people are made aware of the ‘potentially irreversible damage’ caused by pathologising gender dysphoria, they tend to have a greater understanding of his views

James said: ‘J.K. Rowling has been attacked for standing up for vulnerable women and girls and trying to ensure that safe spaces remain safe.

‘This tells us all that we need to know about those individuals doing the attacking.

‘Being unfairly labelled “transphobic” or a “bigot” is a term that can damage one’s reputation overnight.

‘Given the way in which these labels are thrown about, people are understandably fearful of being on the receiving end of such abuse and so find it easier to keep their heads down and avoid confrontation.

‘However, thankfully, more and more people are finding their voice and feeling able to stand up for their beliefs.

‘Some of the safeguarding abuses that have been perpetrated by adults in positions of trust and authority are beyond reproach.

‘Those responsible must be held to account for their actions and the harm they have caused.

The Irish born trainee therapist has won the right to sue the UK Council for Psychotherapy for discrimination after launching his petition and has raised £110,000 toward his legal fees.

People have spoken out against James online, saying he needs to ‘cope harder’ with the reality of gender dysphoria

James has been given permission by a judge to have his claims – that he was treated unlawfully due to his beliefs – tested at a full employment tribunal next year.

The trainee therapist alleges the UKCP instructed the Metanoia Institute in west London, where he was studying, to have him thrown off his Masters course in psychotherapy.

He also lost a role as a volunteer counsellor with Childline.

At a hearing the UKCP attempted to have his case thrown out, arguing there was no evidence it had given instructions for him to be thrown off the course.

But Employment Judge Beyzade ruled that the case should be tested at a full tribunal.

It followed James raising concerns about the professional body’s attitude towards trans issues, particularly in children.

At a preliminary hearing, James set out the beliefs he claims should entitle him to legal protection.

According to a judgment, these include the views: ‘That sex is binary, immutable and biological and gender is a question of identity based upon a variety of factors, including culture and socialisation.’