A clothing store in Georgia has been accused of being “racist” after it shared a new policy on its Facebook page that waived a fee for non-White customers.

Civvies on Broughton Street in Savannah posted that it would require a refundable $20 deposit when booking an appointment to visit the boutique. However, the since-deleted post also wrote that people of color would be exempt from the fee, the New York Post reported.

“As a mostly White staff with White ownership, we do not feel comfortable upholding a digital and financial barrier which could prevent BIPOC from shopping at our store at this time on top of the limitations already made by online booking,” the store announced last week, the Post shared. 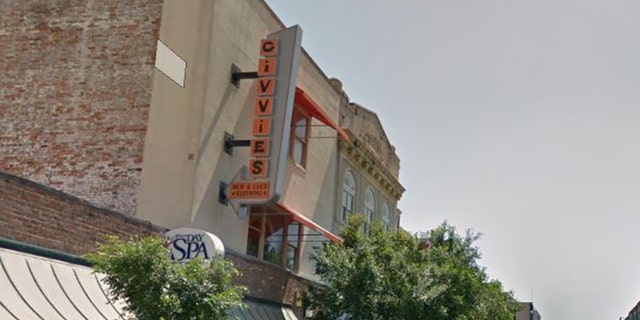 After the widespread backlash, the business put up an apology and removed all mention of the previous policy for its social media.
(Google Maps)

The “new and recycled clothing” store wrote that patrons who “are White and refuse to put down a deposit because you believe our policy is unethical” would not be allowed to make an appointment.

Since putting up the policy, the store received negative reactions and threats of legal action.

“Most of the feedback about our decision to waive this refundable deposit is racist because it favors Black people, Indigenous people and people of color,” store manager Raine Blunk told local outlet WJGL.

After the widespread backlash, the business put up an apology and removed all mention of the previous policy for its social media.

“Statement from the owners, ’It was not our intention to act in any way that might be perceived as discriminatory and for that we apologize,'” a Facebook message read.

However, the commenters, who appear to be majority White, have voiced continued criticism for the initial policy. More than 1,200 people responded and nearly 30 shared the new statement from the store.

“There is no way that your statement could be taken any other way than racist. This is a poor attempt at an apology,” one person wrote.

“You've lost my business and hopefully everyone will follow!” another person wrote.

One person defended the business, stating “Well I didn’t find it discriminatory and I felt supported as a person that grew up here and has enjoyed the store.”

His comment received dozens of replies – most of them negative.