Giovanna Fletcher reveals why Bushtucker trials will be piece of cake As she joins I’m A Celebrity, Giovanna Fletcher – who convinced the Duchess of Cambridge to talk frankly about her children – reveals why… Bushtucker trials will be a piece of cake for Britain’s top mothering guru

As Giovanna Fletcher heads off to gloomy Gwrych Castle in North Wales for the new series of I’m A Celebrity… Get Me Out Of Here, which starts on ITV this Sunday, she’s relieved to already have plenty of practice under her belt.

The ‘mum guru’ admits she does a version of the show’s Bushtucker Trials, in which contestants compete to eat the most disgusting parts of animals, at home with her three young sons.

In their case, however, it’s all to encourage Buzz, six, Buddy, four and Max, two, to eat their greens.

‘Years ago we started doing a runner bean challenge, where we eat our vegetables really fast,’ she revealed. ‘The hardest thing will be missing the kids — but every time we have a trial, I will be thinking about them watching. I know they’re going to enjoy seeing me doing silly things.’ 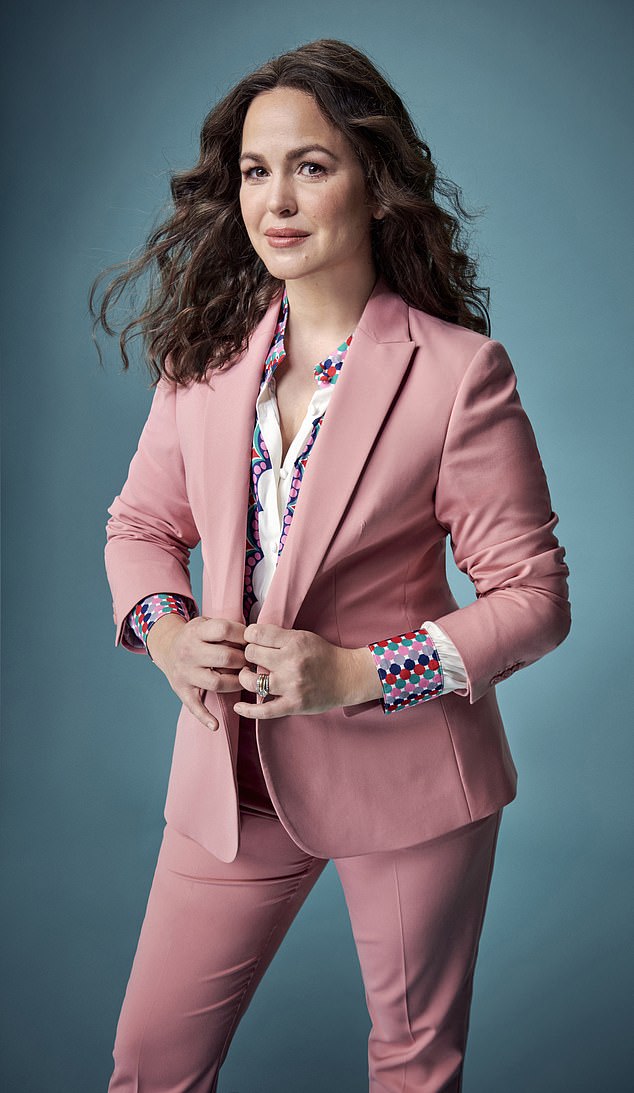 She’s built her reputation as a parenting expert on a combination of empathy and honesty, which you suspect will stand her in good stead among all those celebrity egos.

She certainly has a knack for getting fiercely private famous women to open up about motherhood on her recorded chat show, Happy Mum, Happy Baby, which is Britain’s most popular parenting podcast.

It made national headlines when the Duchess of Cambridge agreed to take part, and spoke for the first time about morning sickness, her preference for hypnobirthing and how she’s plagued by ‘mum guilt’.

On the podcast, which has been listened to 12.1 million times, Amanda Holden told her about the heartbreaking stillbirth of her son, Theo, while Davina McCall shared gory details of her home births. Lorraine Kelly talked about her miscarriage, while David Cameron’s wife Samantha revealed the couple went through a rough patch after he resigned as Prime Minister in 2016. 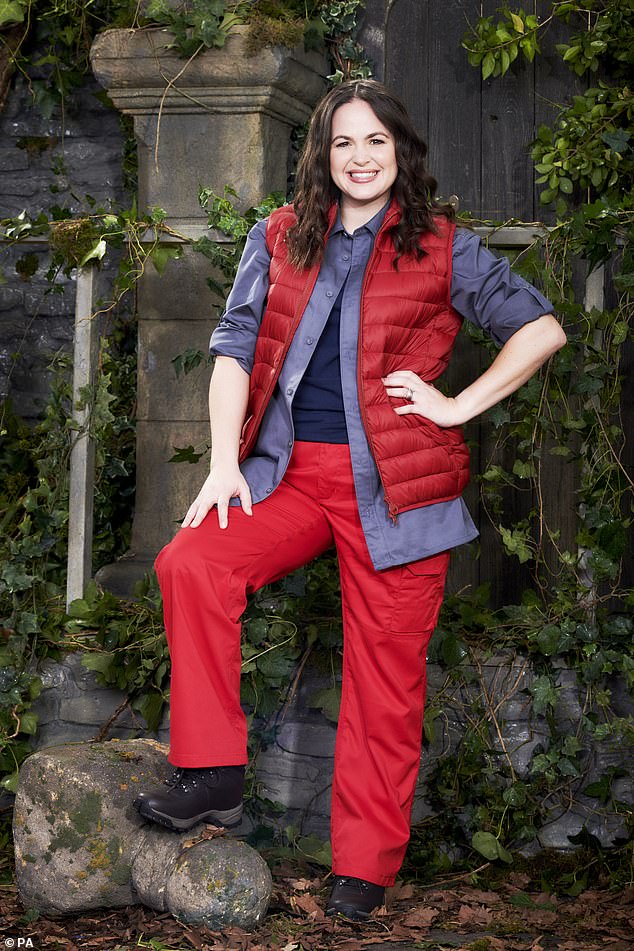 Now Giovanna, 35, is stepping into a different sort of limelight by joining I’m A Celebrity — although in a concession to the pandemic she will not be jetting off to the Australian jungle but only as far as Wales.

So how is the advocate of hands-on parenting feeling about leaving her young sons behind for up to three weeks of filming, plus quarantine before the show starts? ‘I think as a mum, you struggle with the idea of having a minute to yourself,’ she’s said about the programme. ‘But I am lucky as I know my boys will be very well looked after.’

They’ll be at home with her husband Tom, a member of the pop band McFly. Until recently, he would have been the more likely contestant; his bandmate Dougie Poynter even won I’m A Celebrity in 2011.

‘Tom isn’t jealous,’ she insisted. ‘Out of the two of us, I am the one who gets spiders out of the house, and I’ve always been a massive fan of the show.’ 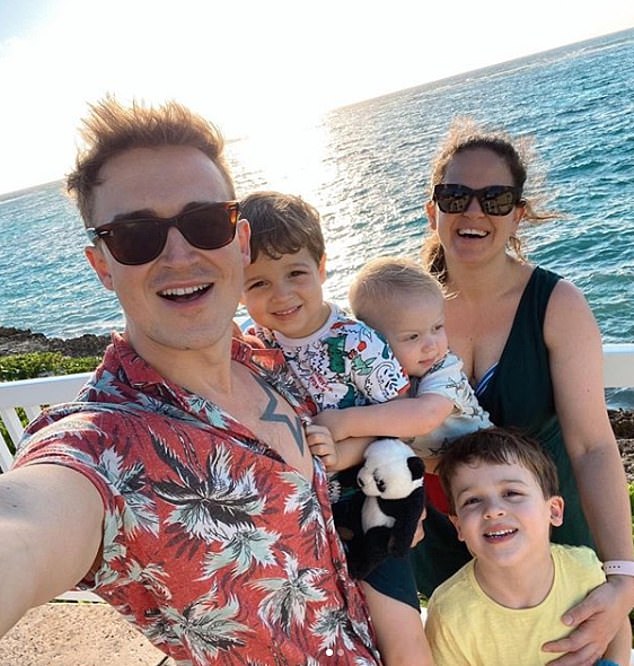 The ‘mum guru’ said that her husband Tom (pictured left), a member of McFly, isn’t jealous of her entering the jungle

And at least he will have a little extra help around the house. Until this year, Giovanna and Tom — who ‘share all parenting 50/50’ — managed to combine childcare and their stellar careers by working after the boys were in bed and receiving support from Tom’s parents.

But just before lockdown they hired a nanny. ‘Things were getting very manic with three children and we decided his parents needed to live their own lives a bit more,’ Giovanna says.

She sounds almost apologetic explaining this. ‘I know! It’s silly. Somehow, women feel they have to justify employing a nanny, especially if you come from a working-class background. They shouldn’t. It’s whatever works for them.’

As it turned out, the nanny only came for a few weeks before lockdown descended and Giovanna and Tom, who live in Hertfordshire, were left working while wrangling their brood. ‘There were moments when lockdown was blissful, but often it was utterly chaotic,’ she says.

Her frankness is disarming, which may be why she provokes such confidences from other successful women. And despite the open features that give the impression she’s barely out of her teens, Giovanna is dogged in the pursuit of her goals.

She admits that when she started her podcast three years ago, the Duchess of Cambridge was the ‘dream guest’ she was determined to bag from the start. 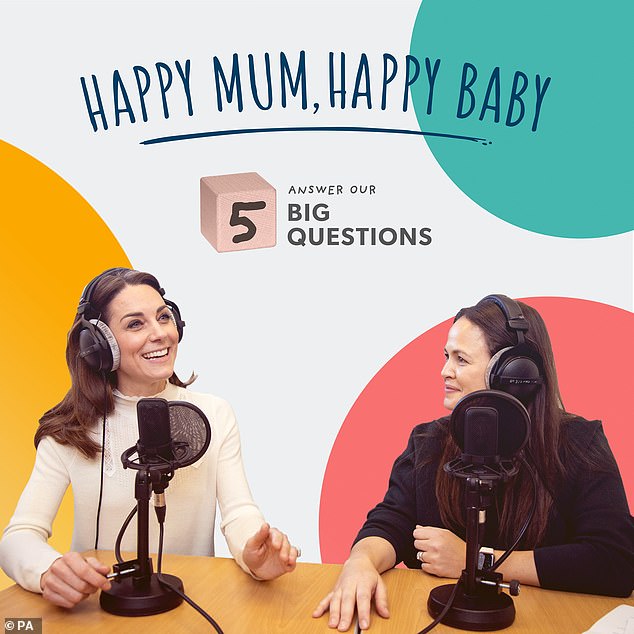 ‘She and I always seemed to have been pregnant at the same time, but I realised I really hadn’t heard anything from her about her experiences of motherhood, that everything we’d heard had come through other people.

‘I thought, “Wouldn’t it be amazing to find out how she’s coping?” There’s already so much put on you as a mum and she’s raising the future king.’

YEt it took three years of emailing Kensington Palace before she was offered a preliminary meeting with the Duchess. ‘When I got that call, I did scream “Yes!”.’

In January, the two had a get-to-know-you meeting in Birmingham. ‘We were in a soft-play centre and we had a really lovely private chat about what it would be like if our kids were there, because I’d have been running around, shouting wildly.’ 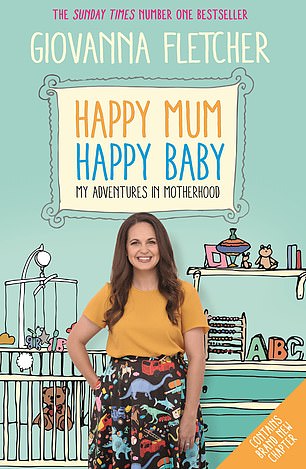 A few days later Giovanna learned she’d be allowed a 45-minute interview. ‘I was so scared, I barely slept the whole week before,’ she says. ‘But the Duchess was nervous too: she’d never talked openly about motherhood before. To calm my nerves I reminded myself that she’s a mother of three children like me.

‘Then I found myself in the back room of the nursery the Duchess was visiting, though we did drink tea from china cups and saucers — and we talked for an hour and a half.

‘There’d been speculation about how she felt about motherhood, but we’d never heard her speak about it before. Afterwards, there was such a whirlwind of attention, it was only then I realised how uncommon it was to have had this sort of interaction with a royal.’

The Duchess’s insights were unprecedented. She spoke, for example, of how she was plagued by eternal guilt. ‘Even this morning, George and Charlotte were like, “Mummy, how could you possibly not be dropping us off at school this morning?”’ she said, striking chords with working mothers everywhere.

‘Motherhood is a great leveller,’ Giovanna says. ‘Giving birth, bringing your child home for the first time, it’s all so vulnerable and raw. The same things affect everyone.’

The Duchess, indeed, recalled returning from hospital with her firstborn Prince George to that ‘What have we done?’ feeling common to new parents. ‘It wasn’t that quiet in our household!’ she said. ‘William was like, “Oh my gosh is this what parenting is going to be like?”’

‘It was absolutely surreal,’ Giovanna beams. ‘Afterwards I asked myself, “Did that really happen?”’ 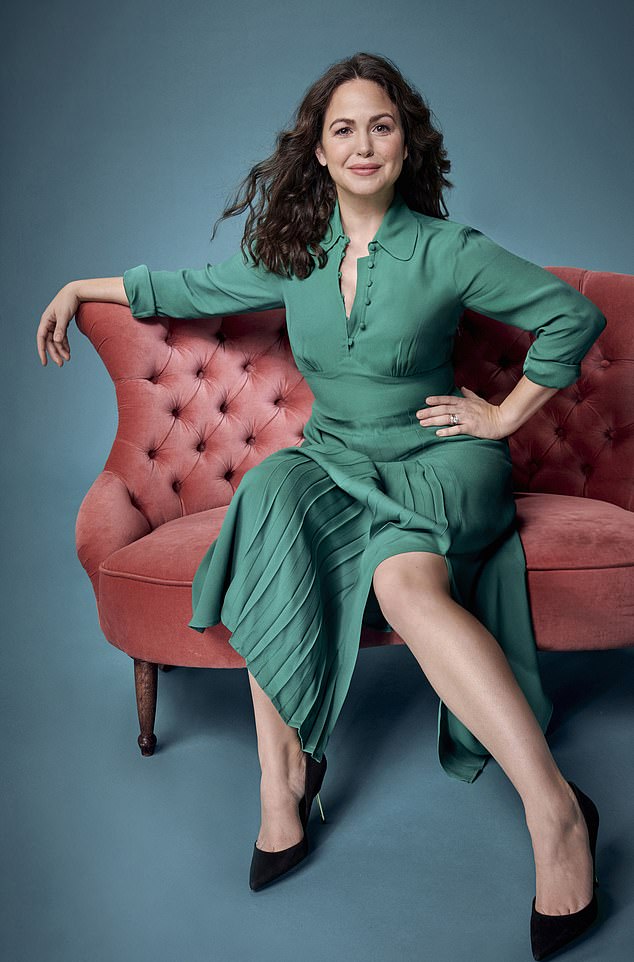 The ‘Mum guru’ has 1.4million followers on Instagram and has written 11 books – five of which are best sellers

Giovanna’s far too diplomatic to say so, but you suspect that not only did the podcast promote the Duchess’s Five Big Questions initiative, a UK-wide survey about early childhood, but also, at exactly the time when the Duke and Duchess of Sussex were announcing their split from the Royal Family, gave Team Cambridge a chance to come across as down-to-earth. (‘I’m happy when I’m with my family outside in the countryside and we’re all filthy dirty,’ the Duchess said.)

It also seems to have been the first step in the Duchess appearing more centre stage. ‘Since the podcast, we’ve seen her talking a lot more and really taking up her space,’ Giovanna says. ‘She’s just absolutely a brilliant human. The amount of work she does is astronomical.’

Giovanna’s own output is prodigious. She has 1.4 million Instagram followers and has written 11 books — five of them bestsellers. The daughter of an Italian café owner from Essex, she trained as an actress (she met Tom at school aged 13, began dating him seriously at 18 and married him eight years ago). Then she switched to writing.

‘When I was younger, if you’d asked me what I’d do when I had kids I’d have said I’d be at home with them full-time. But in reality, when Buddy was born I’d had this success with the books and I thought, “I’ve worked hard, I don’t want to give it up”.’ 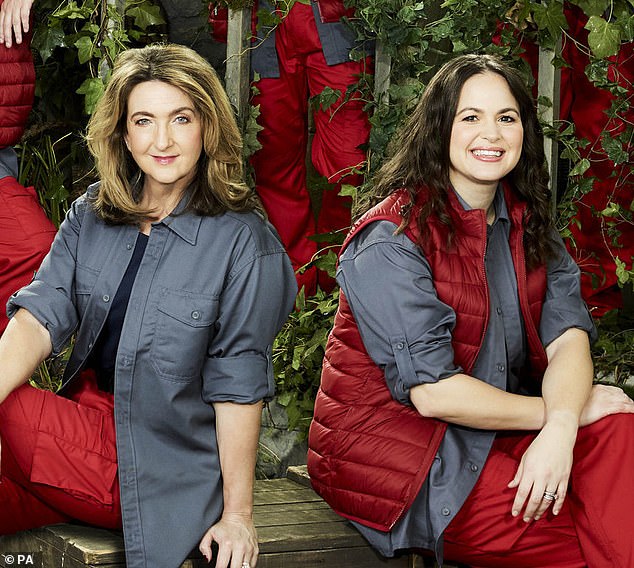 She said she is worried about leaving her boys to appear on the show but knows that they will be looked after while she is away. Pictured: Sitting next to Victoria Derbyshire

After writing her first two best-selling novels, Giovanna produced Happy Mum, Happy Baby, a frank account of the ups — and more frequent downs — of parenting. The book proved a welcome antidote to the picture-perfect images of parents on Instagram.

When she saw the ‘super-emotional’ response, she was inspired to start the podcast, which led to a successful roadshow last year. ‘Mums need to know they’re not alone,’ says Giovanna, who’s horrified at the idea of women being forced to give birth alone. ‘The pandemic’s impacting mental health so much.’

So vast is Giovanna’s fanbase that Tom has said that ‘eight out of ten times’ when they go out, she rather than he is the one besieged by fans. It’s a far cry from the early days of her relationship, when he was touring the world with McFly.

that change will only be made more marked by I’m A Celebrity. ‘He’s fine with the spotlight being on me,’ Giovanna insists. She says she and Tom have no problems working together.

A high point for them both was the news in April that The Eve Illusion, the second book in their jointly-authored Eve Of Man trilogy, had topped the bestseller charts, dislodging Hilary Mantel’s The Mirror And The Light. ‘It’s lovely that we can work on something that isn’t about the kids but is something we love,’ she says.

Motherhood may have sometimes been shattering, but it’s clear it’s instilled Giovanna with a new confidence, especially in her body. ‘As a teenager I was the podgy one — I always thought, “I’m too big”,’ she says.

Polycystic ovary syndrome meant it took a while to conceive Buzz, and she suffered a miscarriage. It meant after Max was born, she was overwhelmed with relief at giving birth to three healthy sons.

‘I was coming out of the shower and I thought, “No! My body is amazing!” Suddenly I felt really empowered by it.’

Giovanna is frank that Max’s arrival was unplanned and the pregnancy test made her ‘want to cry’. ‘I was so knackered already and it seemed so daunting. But after the first few hours of shock I realised how lucky I was.’ Still, she adds: ‘Never say never, but I think I’m done on the kids front.’

Giovanna says she’s now itching to write more novels, and clearly the world of showbiz beckons. But she’s still determined to keep on supporting other parents.

‘I want to scoop up more mums and dads and let them know they should never feel ashamed of what they’re feeling,’ she says. ‘No matter who you are, everyone needs to know that they’re not alone.’

To watch any of the content from Happy Mum, Happy Baby: The Virtual Meetup, please visit happymumhappybaby.com.