Sending a message? Gisele Bündchen was photographed without her wedding ring the same day Us Weekly confirmed she and Tom Brady have hired divorce lawyers.

Tom Brady and Gisele Bundchen: A Timeline of Their Relationship

The supermodel, 42, was spotted in Miami on Tuesday, October 4, without any jewelry on her left hand as she took son Benjamin, 12, and daughter Vivian, 9, to a gym class in photos obtained by Page Six. The Brazil native was dressed casually in a white tank top and gray leggings.

Us confirmed on Tuesday that the fashion icon and the NFL player, 45, have both hired divorce attorneys amid rumors that they’re headed for a split. “Gisele was the first to hire [a lawyer] and Tom responded,” a source exclusively told Us. “They have still been at odds with each other. … They are still living apart.” 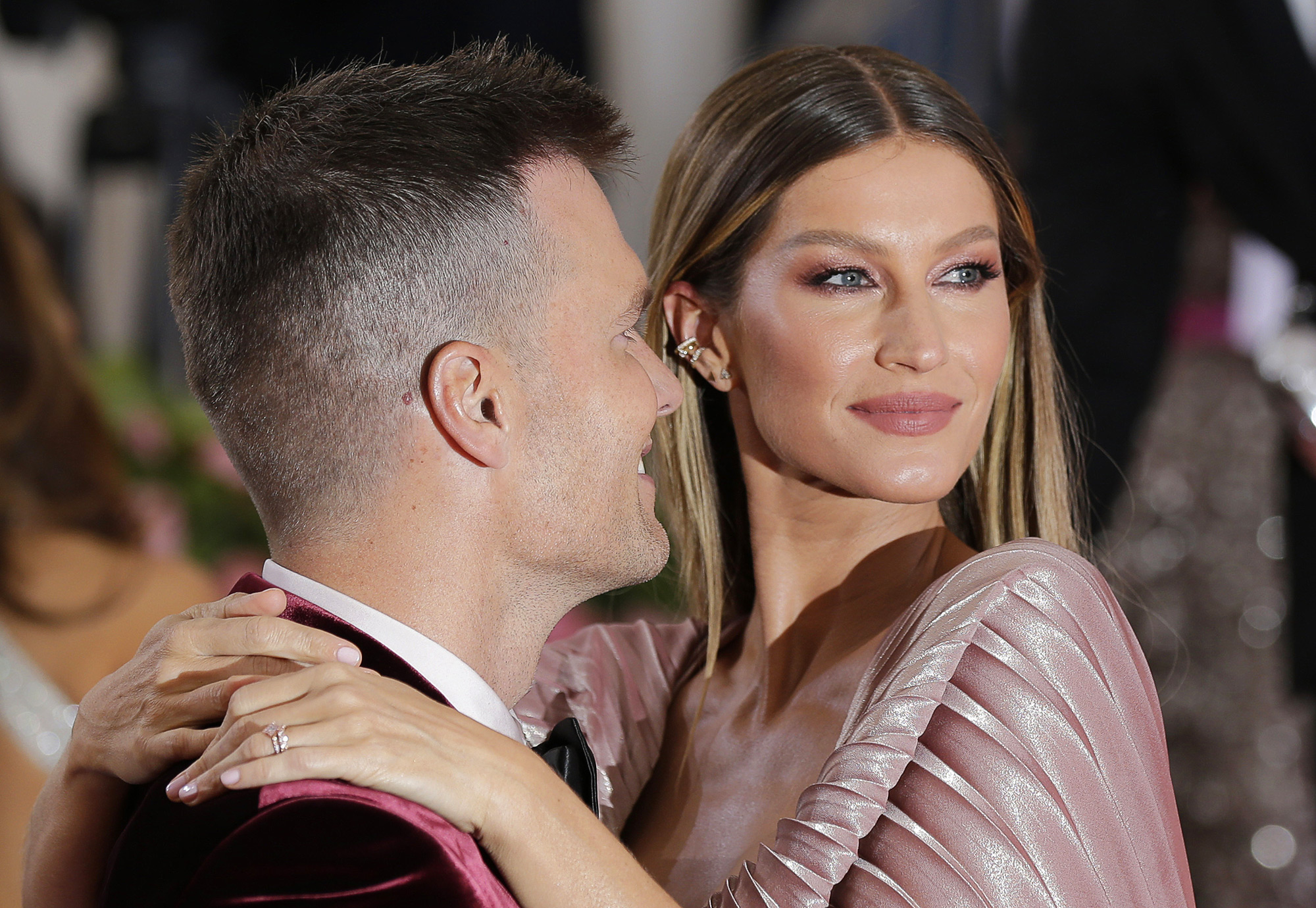 Speculation about the pair’s relationship status has continued since Brady walked back his decision to retire from the NFL in March, weeks after he announced he was hanging up his cleats for good. Last month, an insider told Us that Bündchen wasn’t pleased when her husband changed his mind about playing another season.

“Gisele was not happy when Tom un-retired from the NFL after such a short time,” the source explained in September. “There is tension between them.”

When the Tampa Bay Buccaneers quarterback played his season opener against the Dallas Cowboys on September 11, the Devil Wears Prada star notably didn’t attend. She did, however, share her support via social media, tweeting, “Let’s go @TomBrady! Let’s go Bucs! ✨✨✨.”

Days later, an insider told Us that the twosome — who tied the knot in 2009 — are “currently living in separate houses,” noting that they are “still not seeing eye to eye regarding his retirement.”

Last month, the Lessons: My Path to a Meaningful Life author opened up about the aftermath of Brady’s decision to return to the NFL in an interview with Elle.

Everything Tom Brady and Gisele Bundchen Said About His NFL Retirement

“I’ve done my part, which is [to] be there for [Tom],” she explained in the magazine’s October cover story. “I moved to Boston, and I focused on creating a cocoon and a loving environment for my children to grow up in and to be there supporting him and his dreams. Seeing my children succeed and become the beautiful little humans that they are, seeing him succeed, and being fulfilled in his career — it makes me happy. At this point in my life, I feel like I’ve done a good job on that.”

Speaking to Elle, the activist also admitted that she had “concerns” about Brady continuing to play football. “This is a very violent sport, and I have my children and I would like him to be more present,” she explained. “I have definitely had those conversations with him over and over again. But ultimately, I feel that everybody has to make a decision that works for [them]. He needs to follow his joy too.”