The People vs Climate Change: Trailer for new documentary

The Climate Change Committee said the Government has failed to develop a “realistic plan” to adapt to climate change. This risks undermining Boris Johnson’s drive to Net Zero by 2050 – when all greenhouse gas emissions must be eliminated or offset by planting trees. Launching the CCC’s 1,500-page report, chairman of the CCC Adaptation Committee, Baroness Brown, said: “If we do not take action now it will be too late.”

The report was released just two days after the G7 meeting in Cornwall agreed to unite to fight climate change.

In November Mr Johnson will host the Cop26 Climate Summit in Glasgow.

And yesterday the leader of a year-long expedition to the Arctic, Markus Rex, warned that we may have passed the tipping point towards irreversible global warming, with cascading consequences for the planet.

He said: “Only the  next few years will determine whether we can still save the Arctic sea ice  all year round through  climate protection or whether we have already crossed this important tipping point of the climate system.”

But the CCC praised the Daily Express’ Green Britain Needs You campaign for highlighting Government inconsistencies and striving to create more space for nature.

Our Zero for Zero campaign with eco-entrepreneur Dale Vince has urged Chancellor Rishi Sunak to cut VAT to zero on products with zero or near zero emissions. 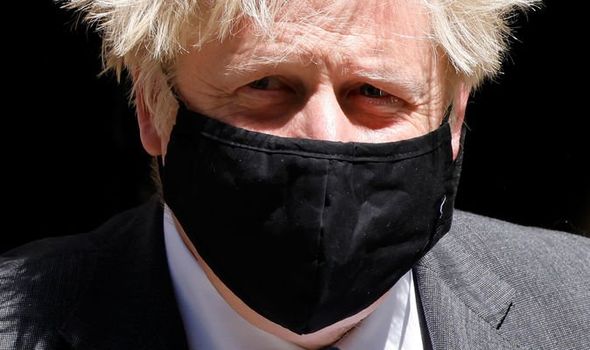 Refurbishing or insulating your home incurs 20 percent VAT whereas building a new one is zero-rated.

We are also urging the Government, businesses and individuals to make space for nature.

With our readers, we are fundraising to help the RSPB buy a nature reserve, Horse Common in the New Forest.

CCC chief executive Chris Stark said: “It is good the Daily Express is highlighting the inconsistencies in the Government approach.

“We are too. They are written right through what the Government is trying to do on climate and the environment.

“The Government has promised a lot on climate recently. It is great to have those ambitious commitments but we are not seeing a genuine strategy that covers cutting our greenhouse gas emissions and planning realistically for the changes in the climate that we are going to see.

“We have to have a more coordinated approach from the Government. The Government has got to get real about it.

“We need to get  that right prior to the world visiting the UK in November for these major climate talks. This is the moment for the Government to put these plans in place.” 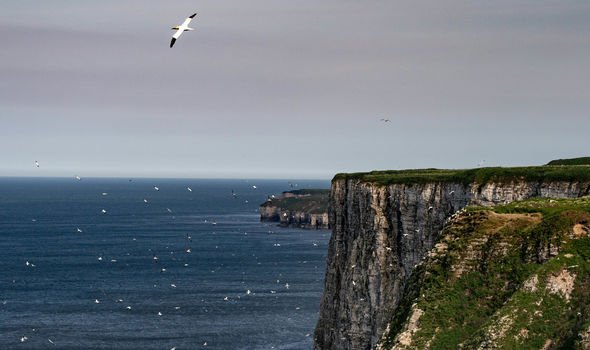 About 20 percent of the UK’s planned reductions in greenhouse gas emissions will depend on nature, with peatlands, wetlands and new woodlands soaking up and storing carbon from the atmosphere.

“Adaptation is required  in order to make sure nature is in a good condition so it can make the enormous contributions that we need it to make to achieve Net Zero, but also to contribute to our economy, and ensure our quality of  life.”

The CCC report, which is produced every five years, said: “Action to improve the nation’s resilience is failing to keep pace with the impacts of a warming planet and increasing climate risks facing the UK.”

It highlighted  eight risks which need “immediate” Government attention, “at the latest in the next two years”.

They include threats to human health with 4,000 heat-related deaths recorded since 2018 in England.

The CCC also warned of a “cascade” of problems caused by climate change which could damage power supplies, especially as the UK  will increasingly rely on electricity to power everything form homes to cars. 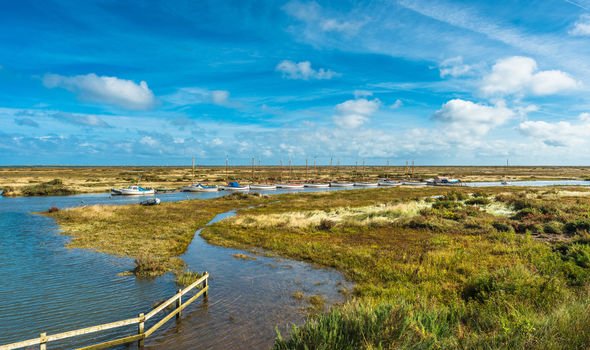 Baroness Brown said: “In heatwaves IT and communications get overheated, as do water and sewage, just as demand for power is higher due to air conditioning.

“You have potential disruption to power and water supplies which feeds through into health and wellbeing.”

Other areas facing climate threats such as floods and droughts include freshwater habitats, soil health, natural carbon stores such as woodland and peatland, crops and livestock and the food supply.

Professor Richard Betts of the Met Office also raised the prospect of a repeat of the 1966 Aberfan disaster when a colliery slag heap collapsed and killed 116 children and 28 adults.

He said: “What surprised me in the research was the risk of landslides on railway embankments and coal tips in Wales where heavy rain can destabilise a slope.”

Measures needed to adapt to climate change include making homes energy efficient and safe from floods plus creating wetlands, woodlands and peatlands to soak up carbon from the atmosphere and reduce flood risk.

The CCC could not put a price on the cost of adaptation to climate change but said in every situation the benefits outweighed the costs by between 2:1 and more than 10:1.

Baroness Brown, who described adaptation as the Cinderella of climate policy, said: “If we take action now it is cheaper than waiting for the situation to get worse. 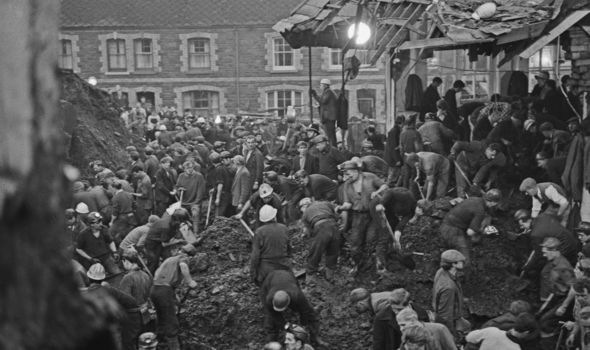 “The severity of the risks we face must not be underestimated. These risks will not disappear as the world moves to Net Zero; many of them are already locked in.

“By better understanding and preparing for the coming changes, the UK can prosper, protecting its people, its economy, and its natural environment.

“A detailed, effective action plan that prepares the UK for climate change is now essential and needed urgently.”

Mr  Stark said: “We do not see a realistic plan to tackle climate change.

“We cannot wait for this. We need a better plan from the Government to adapt to these risks.”

Dr Doug Parr, policy director and chief scientist at Greenpeace UK said: “Despite the claims of climate leadership it’s clear yet again that the government is falling behind. Change is now inevitable and it’s time the government pulls its finger out to ensure we’re ready to face the challenges the climate crises poses.

“That means bringing forward detailed, well funded measures on everything from proper housing standards making them fit for living in a warmer world, to investment in soils and nature restoration. Putting money behind good action now will see us paid back many times through the benefits our society will reap.”

Friends of the Earth’s head of policy Mike Childs said: “The government’s response to the accelerating impacts of the climate emergency is totally inadequate.

“Ensuring that the nation’s housing stock is equipped for dealing with the climate challenges of the 21st century has to be a top priority. With more than one in five homes already at risk of overheating and with hotter summers on the way, a major retrofit programme is urgently required to keep our homes warm in the winter and cool in the summer.

“The government should immediately ensure that all new homes are built to the highest environmental standards.”

A government spokesman said: “The UK was the first major world economy to set a target of net zero greenhouse gas emissions by 2050. Our plan to further reduce emissions in 2035 by at least 78% compared to 1990 levels is the highest reduction target by a major economy to date.

“As we work to eliminate the UK’s contribution to climate change and build back greener after the pandemic we will increase biodiversity, protect and restore our peatlands, clean up our country’s air and help protect our waterways through our landmark Environment Bill.

“We welcome this report and will consider its recommendations closely as we continue to demonstrate global leadership on climate change ahead of COP26 in November.”

Climate change is here. It is already affecting our lives in the UK. Temperatures and sea levels are rising, and rainfall patterns are changing.

Last summer, a record-breaking 2,500 heatwave deaths were recorded during the very hot summer in England.

On some days the temperature was 10ºC more than the average for that time of year. 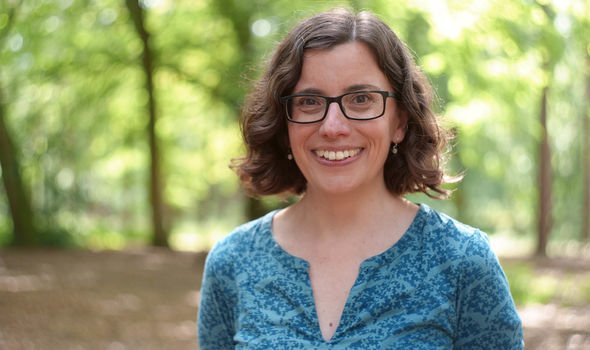 Flooding is likely to become worse and more widespread at times, but we could see more droughts too. Our infrastructure, our businesses, our communities and nature are all being affected.

The Independent Assessment of UK Climate Risk, published today by the Climate Change Committee which advises the Government, brings together all of the latest evidence on what these changes mean for the UK.

It shows we need to do more to get ready for climate change.

Part of the response is global efforts to reduce greenhouse gas emissions significantly, to ‘Net Zero’, to avoid the worst impacts from hitting us in the second half of this century – within the lifetimes of many of our children.

Another part is the recovery of nature. The UK is one of the most nature-depleted countries in the world, and climate change will make the pressures on wildlife in the UK worse.

The Express’ Zero for Zero and Make Space for Nature campaigns have been a great way to highlight what everyone can do to make changes to their lifestyles. 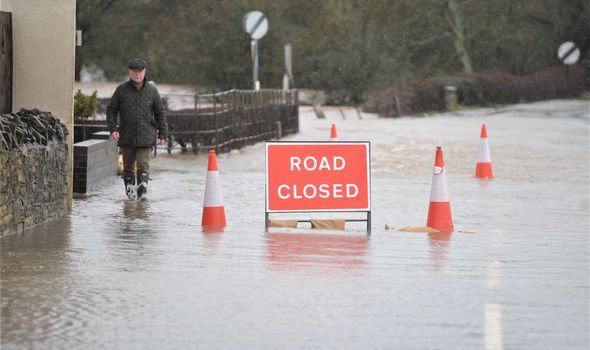 But, there is a third part of the story to address climate change; we need to adapt to climate impacts, because not all climate change can be stopped.

And everyone can play their part to protect themselves and their environment. Is your home fit for the future?

Increase the amount of shading, and don’t pave over gardens; grass and plants can cool the temperature and reduce flood risk. Make sure you know your local level of flood risk, and sign up for flood warnings.

Reduce your water use; use low-flow appliances and only water the garden as much as it needs.

Support local conservation efforts, and give nature a helping hand by buying peat-free compost and looking after the countryside.

Be aware of the rising risk of wildfire; do not use portable barbecues or smoke in areas at risk from fire. And support others in your community, particularly the elderly or other vulnerable people. Everyone can adapt to the changing climate, and even small changes will make a big difference.