Golden retriever almost knocks over owner as they are reunited

Yappy to see you! Golden retriever almost knocks over his owner as they are reunited at the airport after three months apart

A golden retriever who had been separated from his owner for three months couldn’t contain his excitement when they were reunited.

Loyal Hugo was taken to the airport to give his owner, Alexandra Owens, 29, a warm welcome home.

The personal trainer, who had been away in the UK visiting family for several months, flew back from Liverpool to Sydney.

After he was filmed being led into the airport with two ‘welcome home’ balloons attached to his harness, Hugo seemed to understand something was going on.

But the minute he clamped eyes on his beloved Alexandra he leapt into the air and bounded towards her.

An adorable video shows Hugo almost knocking over his owner as he jumped up to say hello after being separated for so long.

Getting down on her knees to greet the pup, Alexandra made a fuss of him as he licked her face while wagging his tail excitedly. 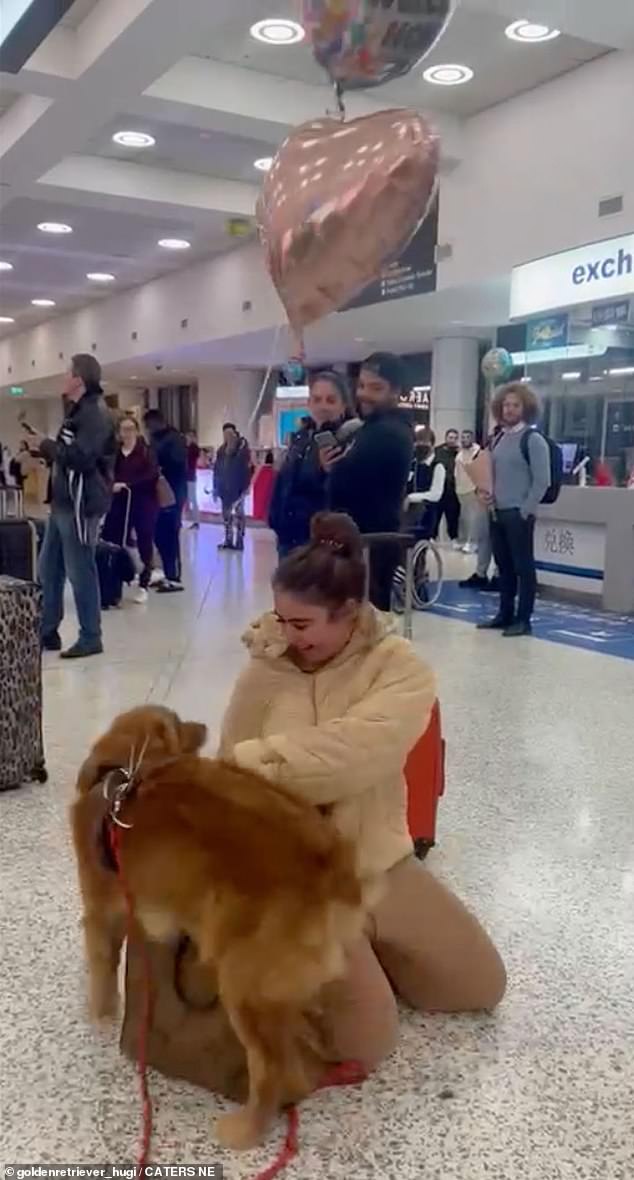 Hugo was so excited to see his owner, Alexandra Owens, 29, that he leapt over to her and almost knocked her over 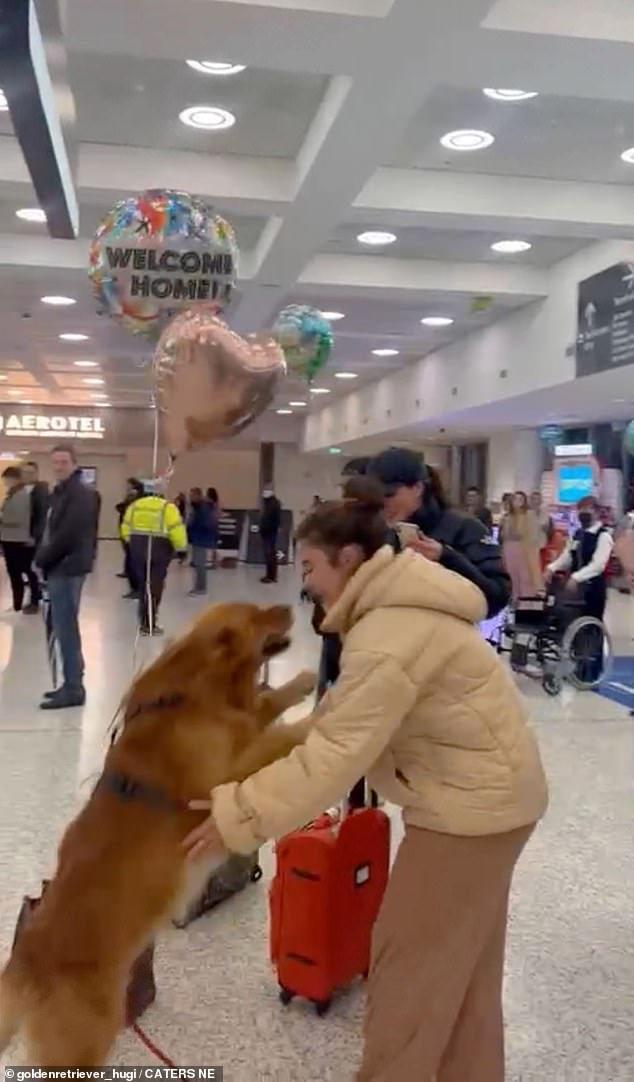 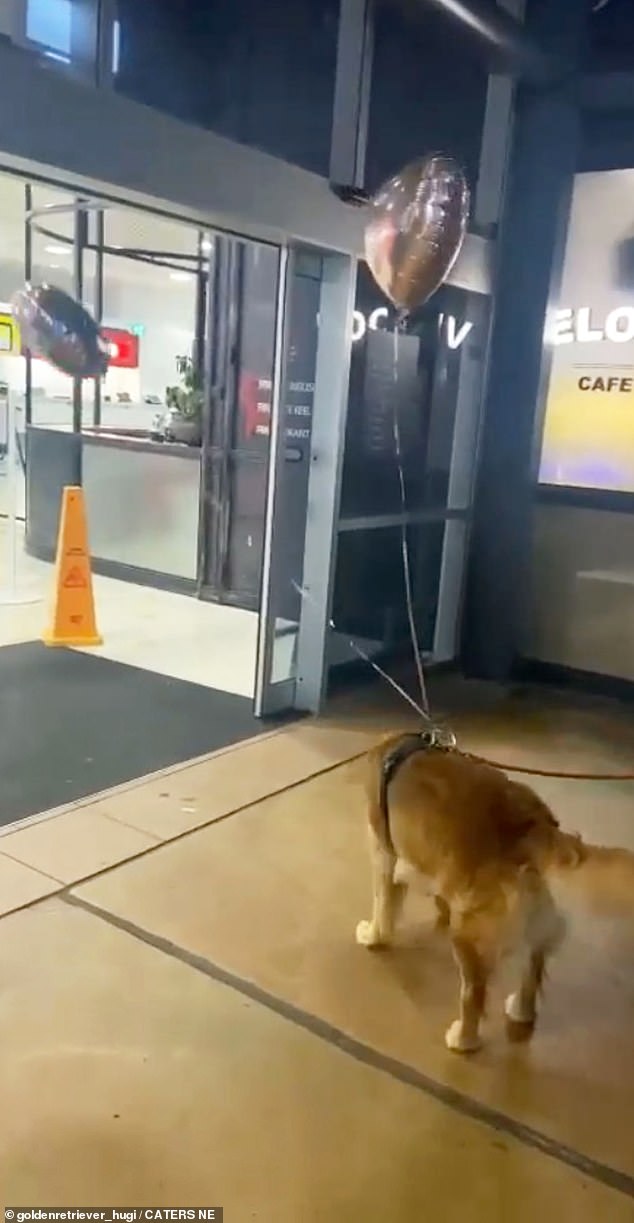 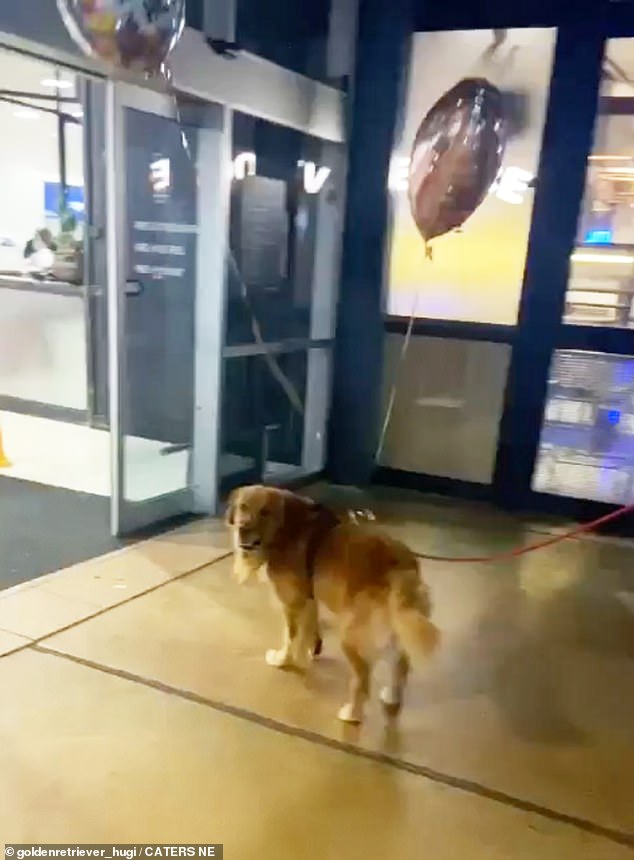 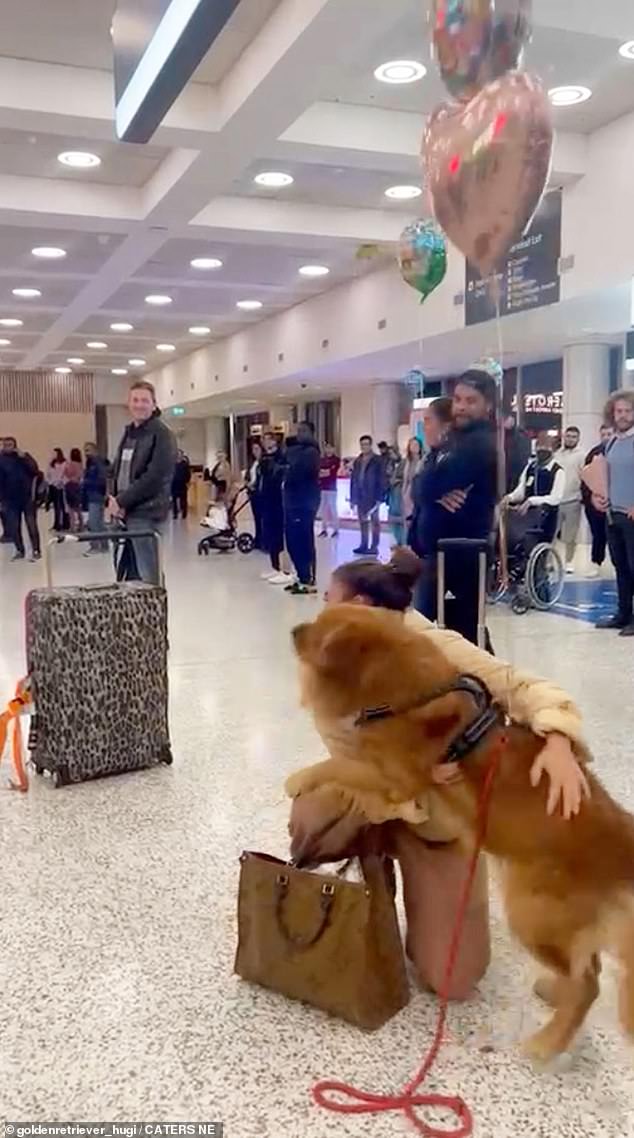 After being reunited with his beloved Alexandra, Hugo is so excited he almost knocks her over

British-born Alexandra said: ‘I hadn’t seen my dog for over three months due to having to go home to visit my family.

‘People were crying and also clapping when they saw us.

‘The video has touched so many hearts since going viral!’

Hugo, who has his own Instagram account with more than 1000 followers, has won thousands of hearts after people watched the sweet video.

One person commented: ‘Ok I could have watched like 20 more minutes of this!’

Another said: ‘I don’t think his tail could [have] wagged any faster.’

One person wrote: ‘The joy! The immense joy!!’

Another viewer said Hugo’s warm welcome for his owner showed his ‘unconditional love’ for her.