Grammy shoo-in Prince Harry could be a singer after Spare 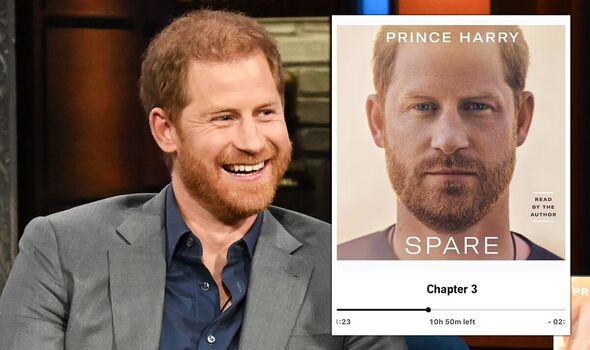 Prince Harry surprised listers of the audiobook version of his best-selling memoir Spare by breaking into song. The royal spontaneously sang Elton John’s Your Song, a performance that sparked varying responses from listeners.

Harry, 38, who moved to California with his wife, former actress Meghan Markle, 41, sang the famous lyrics as he recalled the tribute concert for the 10th anniversary of his mother Princess Diana’s death.

A source told DailyMail.com: “It was Harry’s decision to sing Elton John’s song in the audiobook. Who knew he could sing? Meghan thinks he’s up there with President Obama, who won the same award a few years back.”

Meghan and Harry sing together in Archewell Audio trailer

Now, a record producer has analysed the clip exclusively for Express and suggested that the Prince “could be a singer” based on his vocals.

James Zada has over a million album sales worldwide and half a billion streams after creating music that has been featured on TV programmes like Friends and been played on BBC radio.

He told Express.co.uk: “Practice makes perfect and I believe everyone can sing if they set their mind to it. Seriously, Harry does have a nice tone to his voice and with lots of confidence and practice he could be a singer.”

The music producer suggested that the royal could work in the studio, and offered his services. James said: “Singing is a lovely way to express yourself and Harry is being very open and vulnerable singing in his audiobook.

“I applaud that sentiment and could definitely work with him in the studio but he needs some tweaking and auto-tuning. We could release as the artist ‘formally known as Prince’.”

Audiobook listeners had mixed responses to the vocals. One, Terri, tweeted: “Here is why Audible is amazing. I’m driving down the road and suddenly Prince Harry is singing about his Mum to me.”

Others weren’t so keen. One simply posted a gif of Britney Spears putting her fingers in her ears.