Grand Designs viewers got more than they bargained for on Wednesday after some spotted a ‘naked man’ in one of the houses’ garden.

As Kevin McCloud talked to the camera during the show’s House of the Year series earlier this week, some viewers caught a glimpse of a surprising figure standing behind the presenter.

The figure, which looked completely nude, took viewers by surprise at the start of the episode, as Kevin introduced the show from a modern-looking kitchen in an unknown location.

However, it turns out that there was no naked intruder and the figure was simply a statue in the garden. 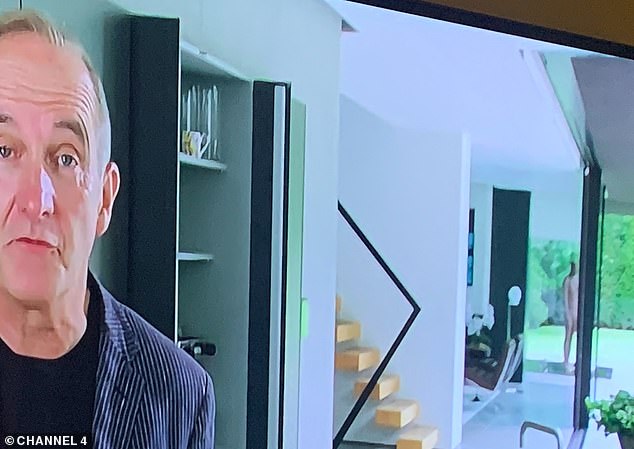 Grand Designs viewers did a double take, convinced they’d spotted a naked man in the background on this week’s show

Meanwhile, viewers were not impressed by a faux metal mountain extension which cost £220,000 and appeared on the same episode.

Earlier this week, viewers joked ITV’s A Royal Grand Design in which the King took on a £45m restoration project reminded them of Channel 4’s Grand Designs.

The surreal moment occurred early on in the episode, while Kevin introduced the different houses that would feature n Wednesday’s show

The presenter could be seen eating a cronut, a pastry that’s part doughnut, part croissant, from a state of the art kitchen that opened to a garden at the back of the house. 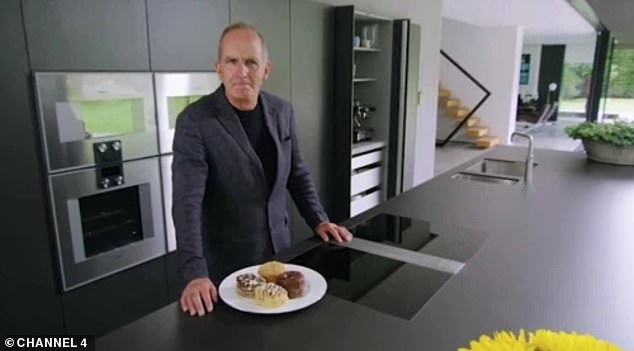 The show began with a shot of Kevin enjoying cronuts in a state of the art kitchen, as he prepared to introduce the different properties on show

The presenter used the analogy of the cronut, which he said combines the best ideas of things ‘we know and love,’ to introduce the houses on Wednesday’s episode.

While the camera panned around Kevin, a naked silhouette could be seen standing still outside of the bay window.

The moment was made even more surreal by the fact that Kevin did not notice the figure behind him, and went about happily eating a cronut in front of the camera.

Viewers took notice, with one saying: ‘Why is there a naked man stood in the background behind Kevin McCloud as he’s talking about Cronuts!!?’

Channel 4 eventually confirmed that the silhouette was just a statue used to decorate the garden, and not a live naked photobomber.

The surprising sculpture was not the only thing that got people talking as the episode aired. 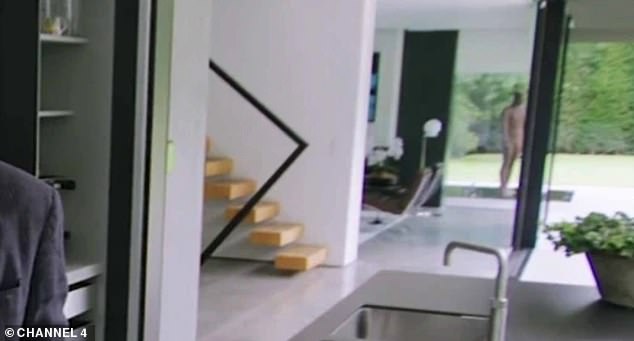 Viewers noticed the figure, which appeared to be a naked man, lurking behind the bay windows in the background 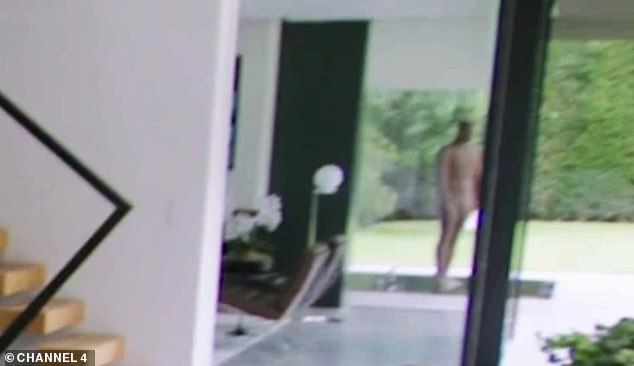 The figure, which turned out to be a sculpture, comically looked like a naked man was watching over Kevin from the garden

In the third programme of the series Kevin and his co-presenters, architect Damion Burrows, Natasha Huq and design expert Michelle Ogundehin, visited five properties battling it out for a place on the shortlist, all of which pushed the boundaries in conventional design.

The final home featured on the show was called Mountain View, in London, with architect Matt designing the property and it’s unusual extension for his young family to live in.

However many of those watching were left stunned by the build, with one commenting: ‘The final house on Grand Designs tonight is the most horrible thing I’ve ever seen. It looks like a 90s Spanish go-kart track clubhouse.’

Another wrote: ‘So an extension with a stupid board to pretend it’s a mountain. Yeah, really clever stuff. Yawn!’ 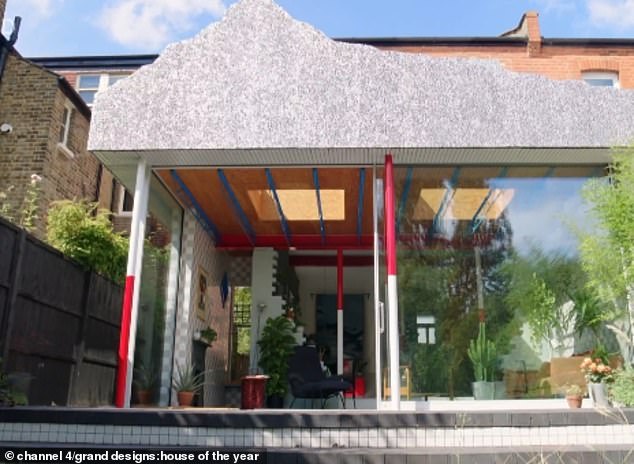 A ‘hideous’ property with a modern extension featuring a faux metal mountain attached to it was slammed by Grand Designs: House of the Year viewers last night 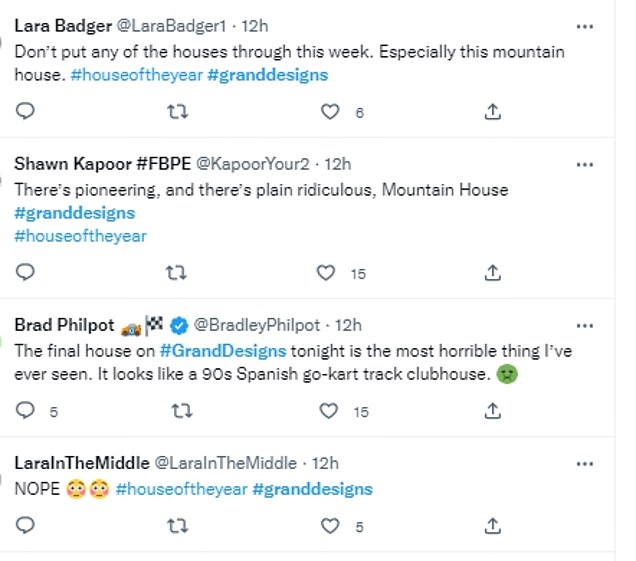 Despite Matt and Laura’s enthusiasm for the property, many of those watching declared the home was ‘hideous’ and compared it to a children’s play area

A third added: ‘Some utter garbage on House of the Year tonight. Lawrence Llewelyn Bowen meets can’t quite decide what rubbish to use.’

Earlier in the series, Kevin explored homes completed in challenging circumstances, as well as awe-inspiring homes.

But last night, the presenter explained each of the different houses ‘does their own thing’.

He said: ‘These are buildings that boldly go where no house has gone before, making us rethink what a home can be.

‘[They are] trailing new revolutionary space and maybe even accidentally starting a brand new architectural movement all by themselves.

‘These are mould breaking houses, that showcase the power in taking risks. Where they lead, the rest of us, will surely follow.’

The final pioneering original home was hiding behind the back of a primped and proper home in South West London.