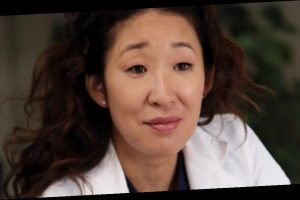 Grey’s Anatomy fans were heartbroken when Cristina Yang (Sandra Oh) left after 10 seasons. The character played a major part in one of the show’s most-beloved friendships alongside Meredith Grey (Ellen Pompeo). But even in recent seasons, Cristina is still in communication with her person. So naturally, viewers have been wondering whether Oh is still friends with the Grey’s Anatomy cast in real-life. Here’s what the actor has said.

Why did Cristina Yang leave Seattle on ‘Grey’s Anatomy’?

In Grey’s Anatomy Season 10, Cristina realized she would never win the Harper Avery award at Grey Sloan Memorial. Then when she reunited with her ex-fiancé and mentor, Preston Burke (Isaiah Washington), Cristina was given the opportunity to leave. Burke asked her to become the head of his hospital in Zurich, Switzerland. Cristina accepted the position.

When Cristina left Seattle, she danced it out with Meredith one last time. Cristina also delivered her iconic “he’s not the sun, you are” speech. But that’s not the last time fans heard from the character.

In Grey’s Anatomy Season 16, Meredith was spotted texting Cristina. The Cardio God sent her person a “gift” in the form of Cormac “McWidow” Hayes (Richard Flood). Cristina also sent in a heartfelt letter to defend Meredith during her medical license hearing.

While Grey’s Anatomy has proven Cristina and Meredith’s friendship will continue forever, some fans have been wondering whether Oh keeps in touch with her former cast members in real-life. Then in an interview with Access from October 2020, Oh revealed she still catches up with the Grey’s Anatomy crew from time to time, particularly Kevin McKidd, who plays Owen Hunt.

“I was just recently in touch with Kevin McKidd,” Oh said at the time. “Kevin and I are very, very close. And then, having seen a couple of cast members in the past couple years, you know, it’s been great to kind of stay in touch with them.”

She added, “They became like family members to me.”

Now, Oh’s comment may not come as much of a surprise. Back in 2017, McKidd told Entertainment Tonight he was still “good friends” with Oh. He even teased his former colleague about her thoughts on Owen’s marriage to Amelia Shepherd (Caterina Scorsone).

Then when speaking with BUILD Series in November 2019, McKidd confirmed he’s still friends with Oh after Grey’s Anatomy. He also hinted he wanted Oh to come back to the Shondaland series.

“I often wonder. Meredith seems to be in contact with Cristina all the time. So does Owen? Do they just not text each other?” McKidd said. “They must direct message each other sometimes. … I would like that, for Owen and Cristina to have some conversation.”

He added, “I just called Sandra last week and we’re still best friends. So I’ll call her and suggest that.”

Would Sandra Oh ever consider returning to ‘Grey’s Anatomy’ in the future?

With the extraordinary cameos from Derek Shepherd (Patrick Dempsey) and George O’Malley in Grey’s Anatomy Season 17, some fans are hoping to see Cristina back on the show. Of course, viewers will have to wait and see what happens at this point. But when speaking with Entertainment Tonight Canada in October 2020, Oh revealed it was unlikely she would ever return to Grey’s Anatomy.

“People are still invested and interested in Cristina Yang, who is a character I left six years ago. I’m really grateful for it,” Oh said when asked if she’d come back for the series finale. “There are so many new projects, and I’m a different person. So I’d have to say no.”