Blockbuster stage show Harry Potter and the Cursed Child is something of a barometer for theatre’s future in Melbourne and around Australia.

Before restrictions lifted in Melbourne, it represented a beacon of hope: when Harry comes back, the whole industry would start blooming again. But as lockdown progressed, there were concerns it couldn’t sustain being suspended indefinitely. When would the show’s producers have to call it a day? Surely there would be a limit to its stoic endurance. 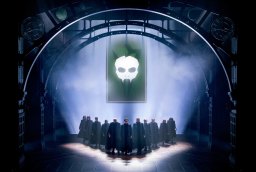 A scene from Harry Potter and the Cursed Child.

As the numbers went down and finally reached zero, some sense of normality was restored – and now the show’s return has been announced, slated for February 25.

What makes it so important is that now theatre doors of all sizes should start to open, there could be a potential knock-on effect for live music.

Harry Potter and the Cursed Child producer Michael Cassel agrees there were times this year, during 49 weeks of the play’s suspension, when his nerves were tested. “Who would have thought when the second wave hit in July that we could fast forward to now be in a position to talk about re-opening?” he says. “The first experience back in March and April, when the gravity of the situation really hit, tested us all but we took a view to focus on the future. 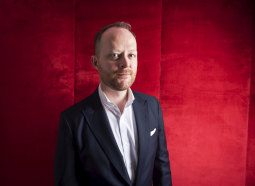 “It’s taken a lot of focus, commitment and engagement with the health authorities and stakeholders to navigate a way forward. The real work though has been done by the people of Victoria who have been able to deal with this in such a proactive way.”

More than 150,000 people who saw Harry Potter and the Cursed Child in its first year were from overseas or interstate. While Cassel accepts international visitors may not be in attendance for some time, he is confident the domestic audience will ensure a robust box office and a long run.

He said theatre producers can’t get insured for COVID-19, but Live Performance Australia is currently pushing for special funding to ensure a show’s security if the restrictions need to change, so that the show remains viable.

The play will perform to an 85 per cent capacity audience but Cassel remains in talks with the health authorities to return the auditorium to full capacity.

“We’ll be supporting health protocols to get people back into the theatre and the cast and crew back to work,” he says. “This will be the first production of Harry Potter and the Cursed Child to re-open in the world and we feel very lucky and privileged to get the company back up and running.”

He also hopes this will be the signal for more theatres and producers to get back to work in the safest way possible. “We need great theatre and to see shows up and running,” he says, “because the Melbourne community is so focused on culture and entertainment.”

The show has had a significant economic impact on the state, with the Victorian Department of Jobs, Precincts and Regions’ economic audit putting the annual benefit at an estimated $244 million.

It joins a growing list of productions due to return to Melbourne stages in 2021 including Six, Everybody’s Talking About Jamie, One Flew Over the Cuckoo’s Nest, Lightscape and The Who’s Tommy.

Harry Potter and the Cursed Child is at the Princess Theatre and will open on February 25.