Home » ‘He could barely see’: Sheep saved from 77 pounds of matted fleece

‘He could barely see’: Sheep saved from 77 pounds of matted fleece

Three giraffes electrocuted after walking into power lines in Kenya

Heartless hunter blasted for mutilating giraffe as a ‘Valentine’s present’

This sheep’s transformation is un-baaa-lievable.

A dysfunctionally fluffy sheep in a forest outside Melbourne, Australia, was overcome by the shear amount of wool on his body. But the monstrous fur ball — nicknamed Baarack — was saved from his woolly situation when rescuers shaved off his heavy load, which weighed in at more than 77 pounds.

Baarack was recently discovered by a random animal lover, who alerted Edgar’s Mission Farm Sanctuary about 37 miles north of Melbourne. According to Reuters, the group went to work and gave the flocculent boy what was clearly his first shave in years.

“Sheep need to be shorn at least annually — otherwise, the fleece continues to grow and grow, as happened here,” sanctuary rep Kyle Behrend said. He added that Baarack did at one time have an owner and had been tagged, but the tag was at some point “torn out by the thick, matted fleece around his face.”

Feral living wasn’t all bad for Baarack’s body, though.

“His hooves were in great condition from running over the rocks in the forest,” said Behrend. However, he added, the sheep still “was in a bit of a bad way. He was underweight and, due to all of the wool around his face, he could barely see.” 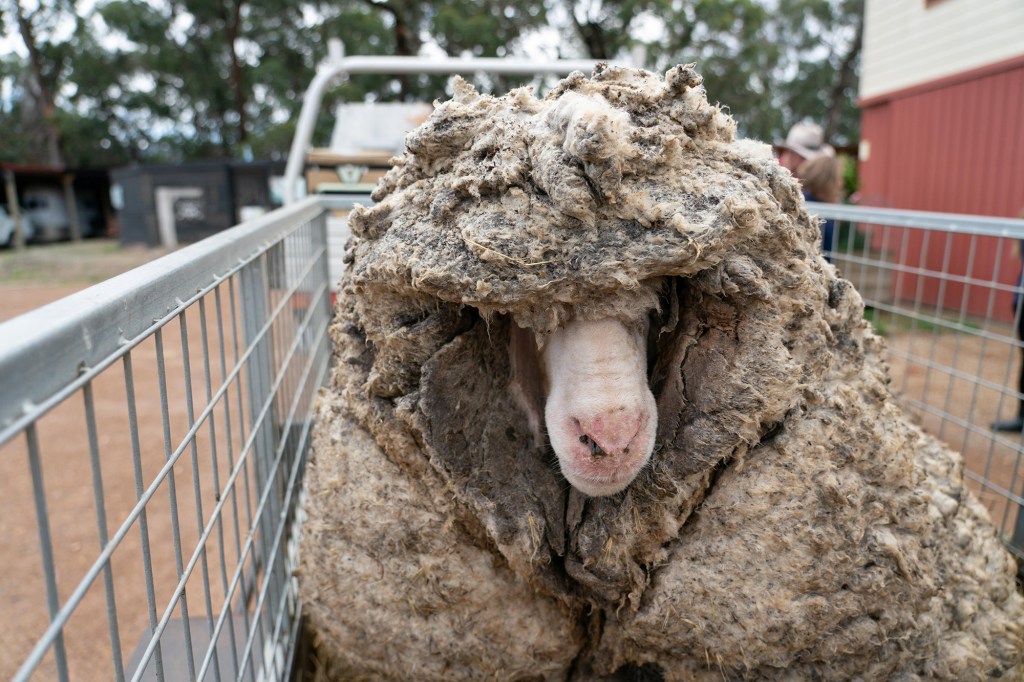 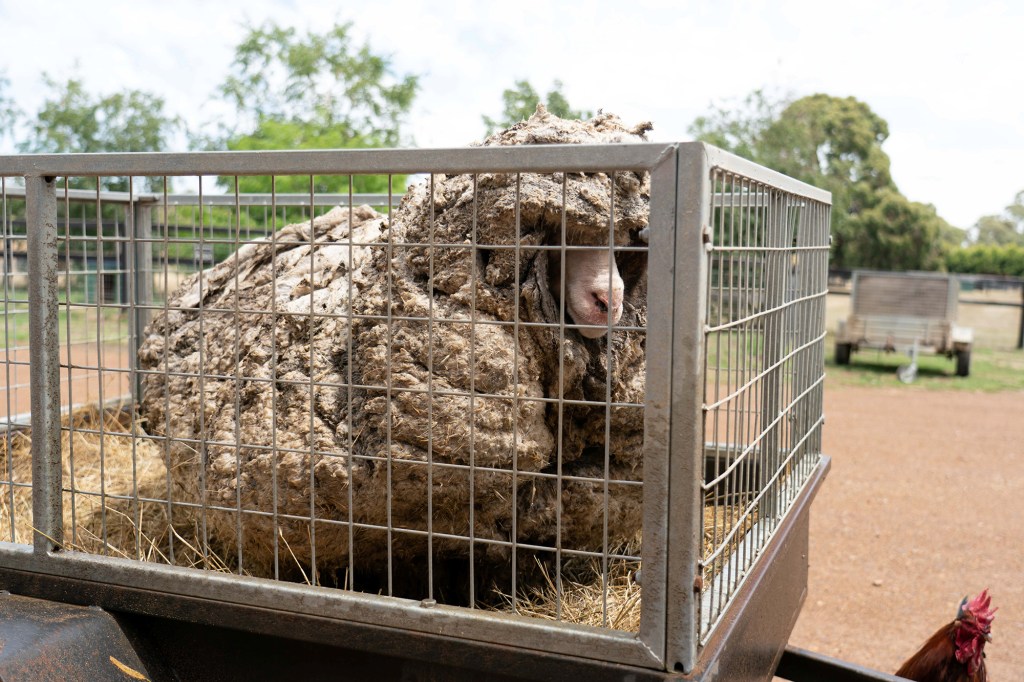 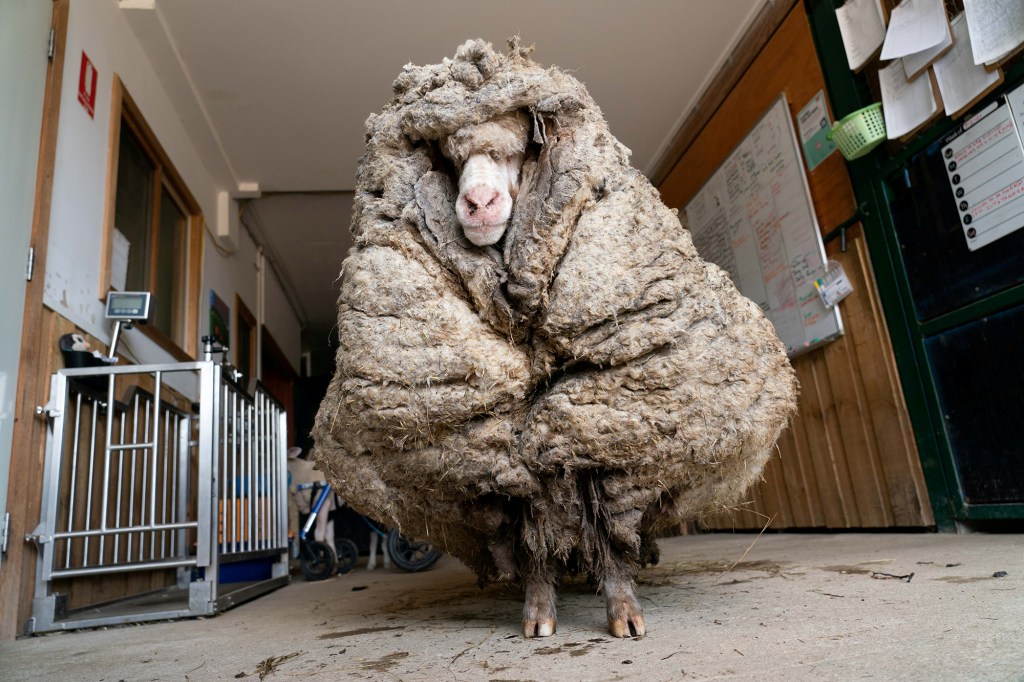