Here are the music love stories that ended up in divorces

As it’s revealed rock stars are TWICE as likely to divorce as the average person, here are the couples who’ve beat the odds – and the musicians who weren’t so lucky

For many starry-eyed singletons marrying a rock star may be considered the dream ticket to a life of glamour, wealth and endless champagne-fuelled parties.

But a new study has confirmed what perhaps the more sensibly-minded among us already suspected – marriages to famous musicians are unlikely to be long-lived.

Research by the pro-marriage think tank, the Marriage Foundation, found that music stars are almost twice as likely to divorce than the average person.

The study tracked nearly 500 celebrities who tied the knot between 2001-2010 in ‘extravagant’ ceremonies featured in celebrity magazines such as ‘Hello’. 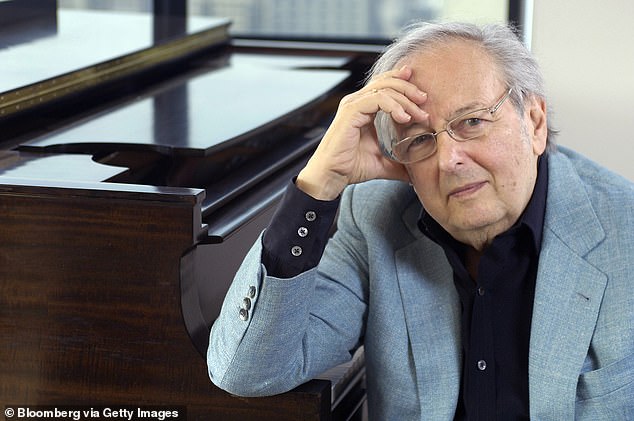 Research by the pro-marriage think tank, the Marriage Foundation, found that music stars are almost twice as likely to divorce than the average person. Composer and pianist Andre Previn, pictured in 2007, divorced five times

In an analysis of these marriages over an 18-year period, and after dividing this group into the categories of musicians, stars of stage and screen and sports/other, it emerged that the nuptials of musical celebs fared the worst.

Television or film stars fared marginally better with a divorce-rate of 53 per cent.

Meanwhile, sports stars and other celebrities were the most successful when it came to keeping their relationships together, with a 42 per cent break-up rate – although they were still more likely to split than non-famous couples. 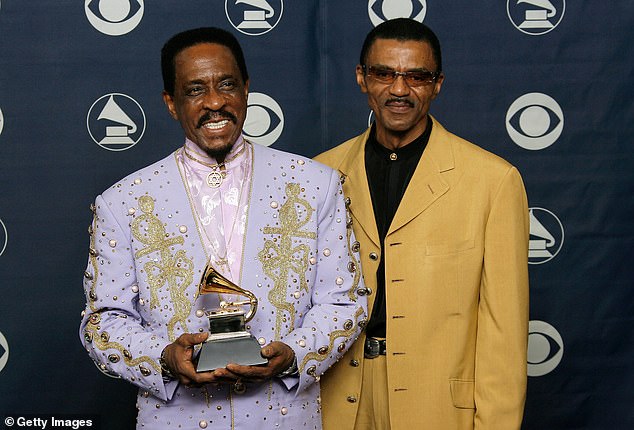 Ike Turner, pictured at the 49th Grammy Awards ceremony in Los Angeles in 2007, is five-time divorced 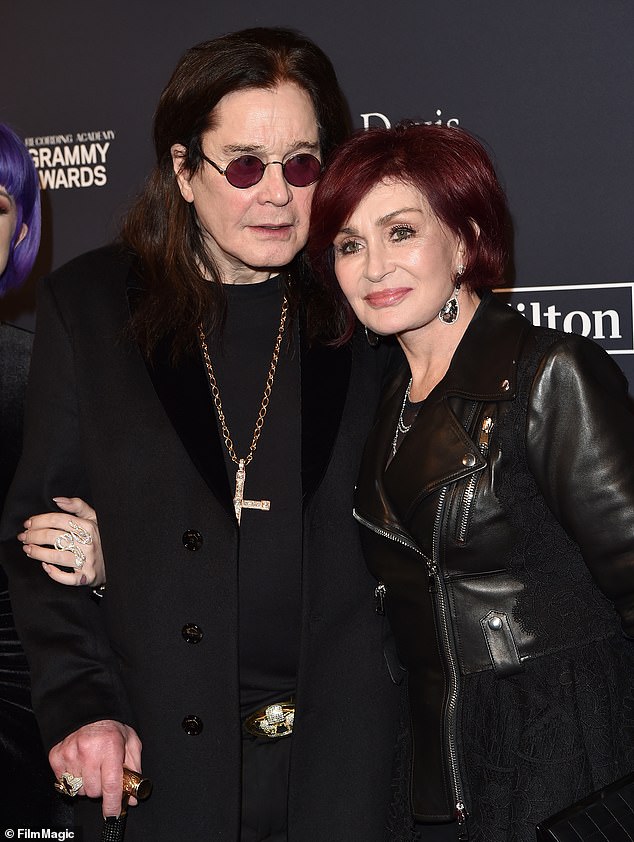 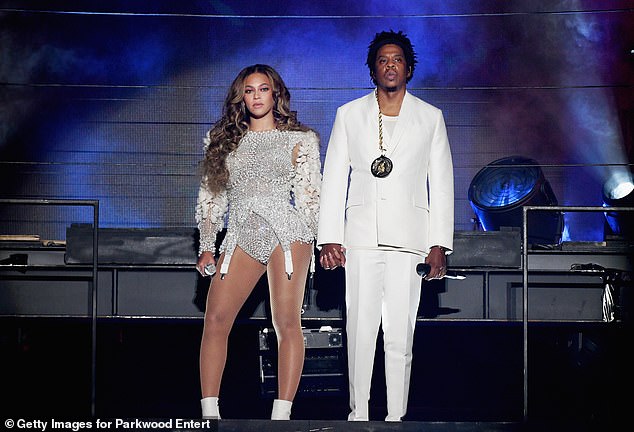 Jay-Z and Beyoncé have been together since 2001 and share three children together. Pictured in Pasadena in 2018 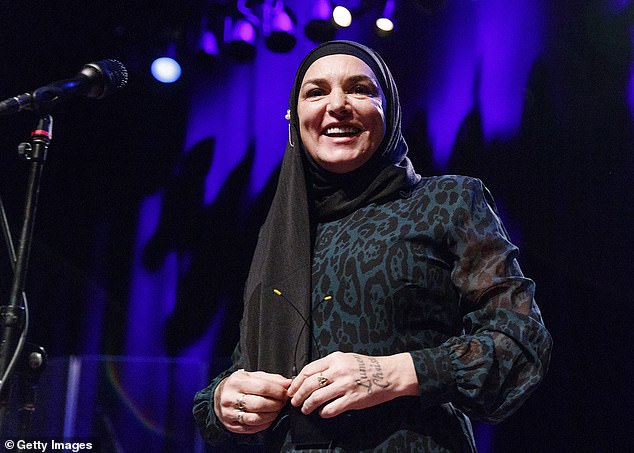 Sinead O’Connor, pictured at the Vogue Theatre in 2020 in Vancouver, has been divorced four times

Among the music stars referenced in the report is pop sensation Britney Spears who married for just 55 hours when she said ‘I do’ to childhood friend Jason Alexander in a Las Vegas ceremony in 2004.

Her second marriage to dancer Kevin Federline also ended in divorce after three years, but she has since gone on to marry for a third time earlier this year.

Another famed rocker mentioned is Oasis lead man Liam Gallagher who has been divorced twice, with his marriages to actress Patsy Kensit and singer Nicole Appleton lasting three and six years respectively. 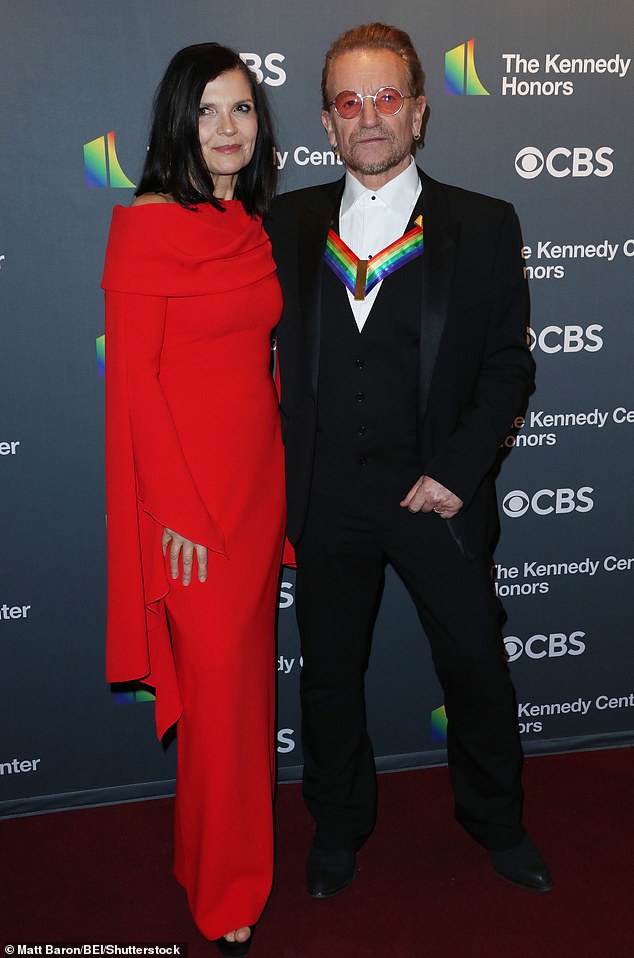 Bono and his wife Ali Hewson tied the knot in 1982. The pair met as teenagers and have bene in love ever since (pictured in Washington DC on December 4 )

A third notable example given is Irish songstress Sinead O’Connor who went through four divorces in a dizzying four years.

Other break ups involving high profile musicians or singers which note a mention include Paul McCartney and Heather Mills, as well as Billie Piper and Chris Evans.

The study found that across the board celebrity unions were at higher risk of failing, with more than half (53 per cent) ending in divorce compared to the national average of just over a third of marriages.

And the famous musicians whose marriages have lasted….

This result goes against what would be typically be expected of wealthier couples, the Marriage Foundation say, with the rich generally more likely to stay together than the poor.

Harry Benson, research director of the think tank and study author, suggests the reason celebrities are bucking this trend – despite being at the top of the income scale – is fame.

In the paper he writes that the ‘ego and opportunity’, which go hand in hand with being a famous name, is the most likely explanation for the group’s higher divorce rates.

This potentially relationship-destroying combination is particularly in evidence with musicians due to their lifestyle, he says.

‘Being constantly told how wonderful they are is bound to boost ego, undermining the need to put others first, a pre-requisite for successful relationship,’ Mr Benson said.

‘And being surrounded by attractive starlets presents obvious opportunity.

‘But only rock stars experience the special combination of adrenaline-fuelled performance in front of huge adoring audiences that are then followed by the celebration parties afterwards, well-known for their exuberance and frolics.

‘Self-control and commitment might handle that once or twice. But night after night?’

However, the study found that not all celebrity relationships included in its analysis ended in tears.

TV presenters Gabby Logan, Holly Willoughby and Richard Hammond all proved it was possible to be in the public eye and maintain a long-lasting marriage, as did actor Simon Pegg and footballer Gary Neville.

Also, it is not all bad news for musicians either because while 60 per cent may divorce within 18 years, some 40 per cent stay the course.

These include rock stars Ozzy Osbourne and Bono who have both been married to their respective wives Sharon and Alli Hewson for an incredible 40 year.

Emma Gill, a leading divorce lawyer from Vardags solicitors, who has represented a number of rich and famous clients including footballers and their wives, agreed fame could be fatal for a relationship.

She said: ‘Celebrities in general are more likely to get divorced simply because they have the extra pressure of living out their life, and in particular their relationship in public.

‘Whilst the vast majority have the luxury of making our mistakes in secret, if a celebrity gets caught in the wrong place with the wrong person it’s all over social media before you can wake up the next morning.

‘For musicians the fact you are away from home and you get your kicks performing on stage to thousands of people, the humdrum normality when you come home must be very challenging to navigate.

‘The one thing that leads to divorce is taking your partner for granted. So while you’ve got one partner who’s home, living perhaps a very normal life, you then have the other person performing on a world stage.

‘It must be tremendously difficult for one partner to understand the challenges for the other and will inevitably lead to one partner being taken for granted.

‘The opportunity to have additional relationships also plays a part.’