Home » Holi colours meaning: What is the real significance of the colours of paint used?

Holi colours meaning: What is the real significance of the colours of paint used?

The Colour Festival is a way of celebrating the coming of spring. Hindus, and anyone who wants to celebrate, gather an array of brightly-coloured dry paint and throw handfulls at eachother in the streets. The aim is to get your target completely covered in paint. But what is the real significance of the colours of paint used?

As well as marking the beginning of spring, Holi’s origins can be traced back to Hindu legend.

The story is about a demon- Holika- and her brother King Hiranyakashipu.

In it, King Hiranyakashipu believed he should be worshipped by everyone like a god, but his son Prahlada refused to.

The king and his sister plotted to kill Prahlada because of his disobedience, and Holika tempted him into a pyre.

Holika brought a magical shawl with her into the pyre, in order to protect herself while she watched Prahlada perish.

However, the shawl flew from Holika’s shoulders onto Prahlada’s and saved him while she burnt to death instead.

Vishnu appeared in the form of a half man and half lion and killed the King.

Bonfires are lit on the night before Holi to signify the burning of Holika, and therefore the triumph of good over evil. 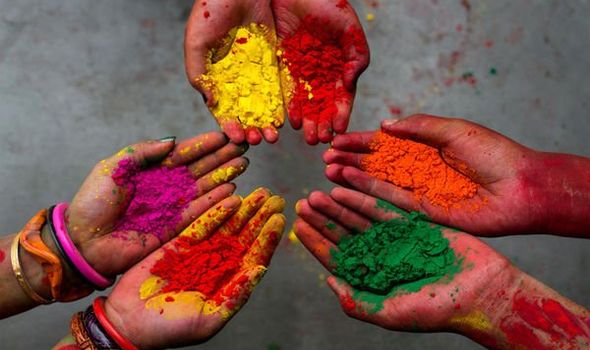 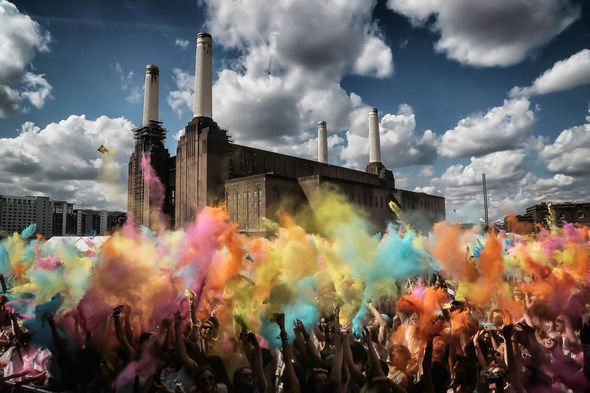 What does blue symbolise in the colour festival?

Blue is supposed to symbolise Krishna, who is another manifestation of Vishnu.

Krishna’s skin was dark blue because a demoness tried to poison him as a baby.

He falls in love with Radha, but worries he will not like him because of his skin colour.

Krishna’s mother suggests he paints Radha’s face blue, and he does this.

Radha falls in love with him and they get married.

It is thought that this is where the colour festival comes from in the first place. 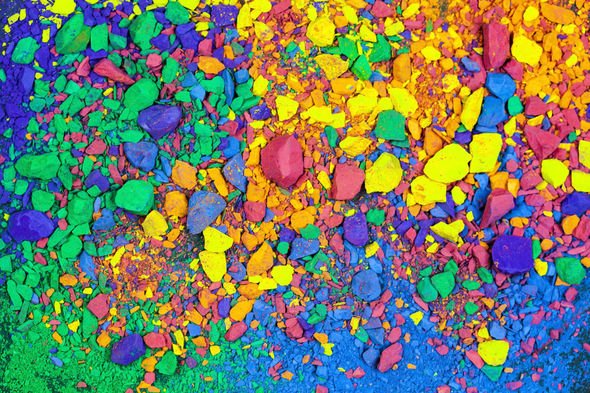 What does red symbolise in the colour festival?

Red is the most used colour on Holi, and is used to wish the Gods and Goddesses a Happy Holi.

Red is the colour of weddings, fertility, and love- with brides and married women frequently wearing the colour.

When a married woman dies, her body is covered with a red cloth not unlike her wedding sari.

Widows never wear red again after their partner dies, and then are covered in a white cloth when they die to symbolise purity.

It is also custom for Hindus in India to wear a red powder-Kumkum or tilak on their forehead- women often do this to symbolise a happy marriage.

DON’T MISS
Bollywood blockbuster: Indulge your selfie in City of Dreams [INFORMER]
Deepika Padukone latest: What’s next for Deepika Padukone? [INFORMER]
Mumbai travel: City has a rhythm all of its own [INSIGHT]

What does yellow symbolise in the colour festival?

Yellow is connected to turmeric, a yellow powder that is native to India.

Tumeric is used across all indian religions in cooking and as a natural remedy for inflammation.

It is understandable. then, that yellow could represent health and happiness.

Yellow is also related to Vishnu, who is almost always depicted dressed in the colour.

Other sources say that the colour symbolises knowledge, learning, and peace. 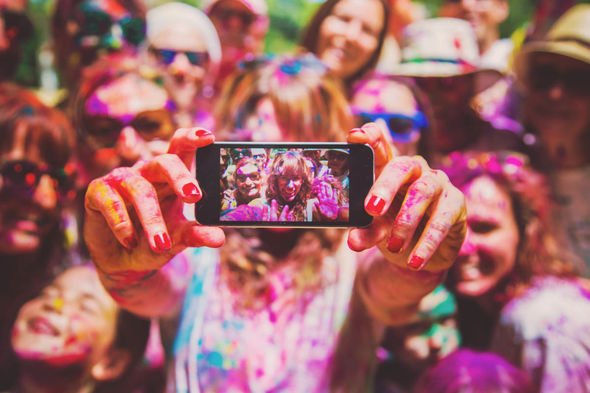 What does green symbolise in the colour festival?

In most cultures, green represents nature. In Hinduism, green links to Prince Rama- another manifestation of Vishnu- who spent most of his life banished in the forest.

What does orange symbolise in the colour festival?

Although not a traditional Holi colour, orange is frequently used today.

Orange is the colour of the sun, which represents a new day.

This loops back nicely to the aim of Holi- new beginnings and forgiveness. 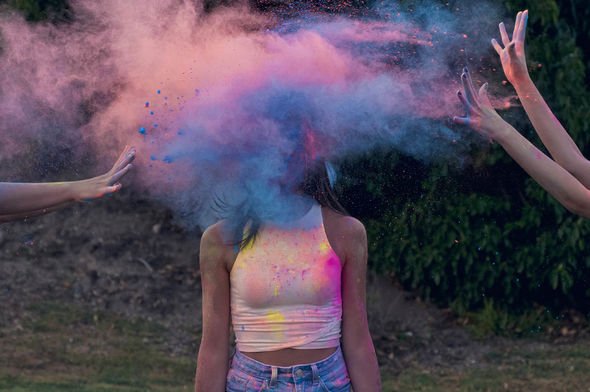 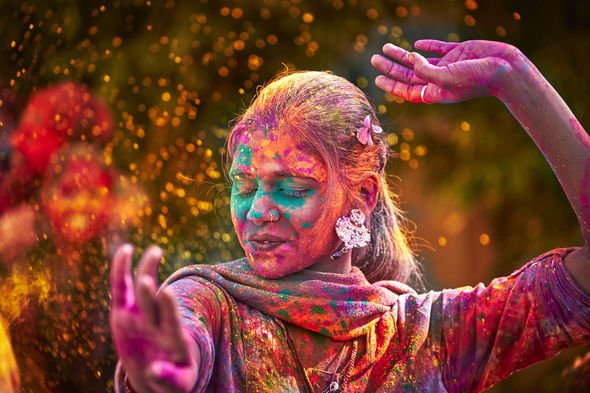