Rather than spending hundreds of dollars on trendy home décor, a DIY pro has made her own stylish ‘mushroom’ lamps using kitchen items from IKEA.

Geneva Vanderzeil, from Brisbane, documented the process from start to finish and impressed thousands on social media with the simplicity of the home project.

To mimic the shape of a mushroom, she used a painted a glass vase and metal bowl, glued the two together and inserted battery-operated lights inside the bowl.

‘I’ve been seeing these little lamps around and have wanted to make one myself for a while now. How cute are they?! I honestly can’t believe how easy this one was,’ Geneva wrote on Instagram.

The end result looked incredible and the project can be replicated easily. 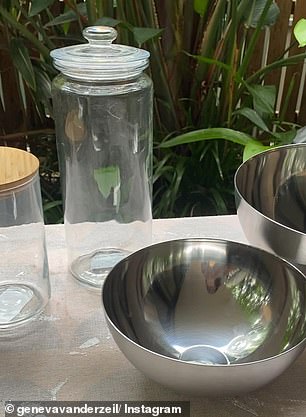 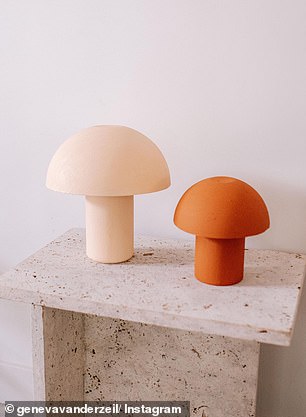 An IKEA bowl and glass vase were used to make the stylish ‘mushroom’ lamps. Geneva Vanderzeil, from Brisbane, documented the process from start to finish and impressed thousands on social media with the simplicity of the home project 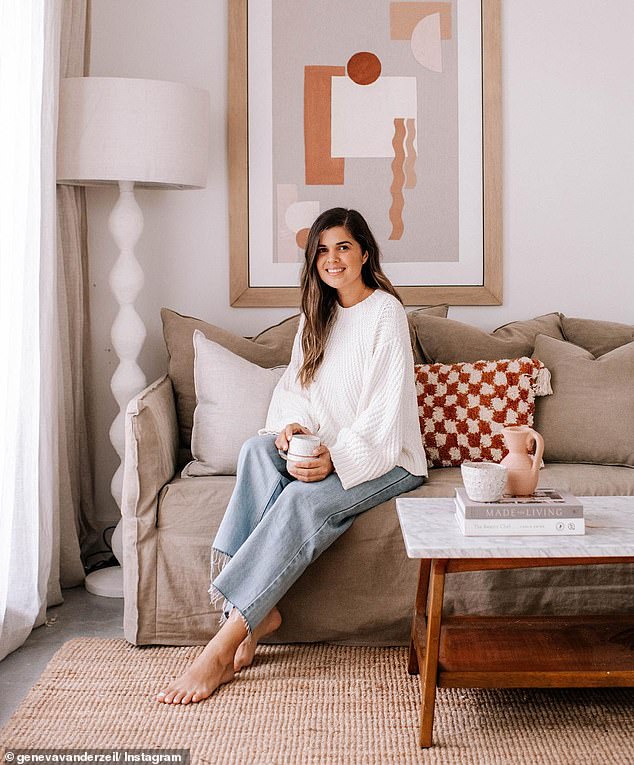 ‘This is the simplest project I’ve done in a while, it will honestly only take you an hour to put it together,’ Geneva wrote.

‘And even though it may LOOK like some sort of alien-repelling device on the inside thanks to the fairy lights glued on, it works a treat and casts a decent amount of glow.’

Geneva said she ‘searched everywhere’ for the perfect bowl and opted for the $7 IKEA Blanda bowl.

She began by mixing bi-card soda with water-based paint to create a ceramic effect, then applied layers onto the vases and bowl.

After a couple coats of paint were applied and dried, Geneva carefully glued the fairy lights and battery pack in to centre if the bowl.

Next, she simply popped the bowl onto the glass canister and turned on the light.

The process is easy enough for beginners to complete and doesn’t require many supplies. 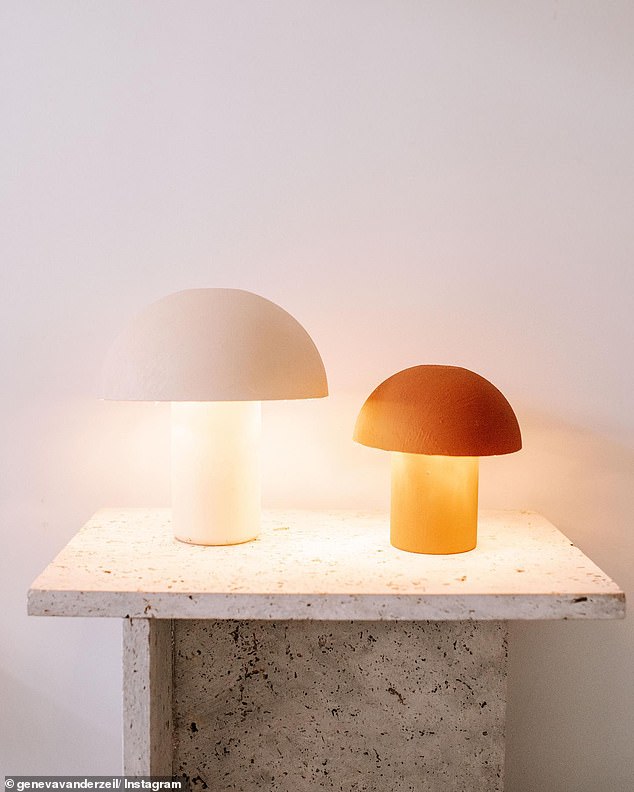 Hundreds were impressed and shared their words of praise.

‘Wooww this looks amazing and it’s so affordable!’ one person wrote.

‘I love this, so clever!’ another added, a third wrote: ‘Those look great, they really look like store-bought lamps!’

What you’ll need to make a mushroom lamp:

A glass vase or canister

Bicarbonate soda (optional: only for the ceramic look)