Home » Lifestyle » How do you know if you’re buying a home with a grisly past?

How do you know if you’re buying a home with a grisly past?

From the outside, 147 Easey Street in Collingwood looks like any other house in the area. Unremarkable. But this home comes with an infamous and dark history.

The two-bedroom terrace was the scene of the double murder of housemates Suzanne Armstrong and Susan Bartlett in 1977, a crime which remains unsolved. 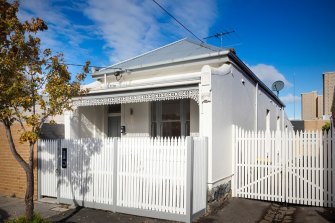 So when the home came up for sale in 2017, agents believed buyers needed to know about it, even though it was more than 40 years after the shocking crime.

“We were quite clear in our instructions and put information on the displayed signs alerting people to ask us about the history,” former Nelson Alexander Fitzroy selling agent Marek Olech said. “We really had to be mindful from a real estate point of view, but also from an empathy kind of way because of the deaths there.”

The sale of Easey Street came two years before the Victorian government amended legislation to ensure “material facts” are given to potential buyers.

Material facts include information that can stigmatise a property before it sells, or influence whether a potential buyer will make an offer.

That legislation is now being reviewed by the Victorian government as part of a wider review of real estate laws, in an attempt to clarify what these “material facts” are and what agents and vendors need to divulge to buyers.

“The 2019 amendments to the Sale of Land Act ensured that such concealment is unlawful, but do not put a positive obligation on vendors and their agents to inform purchasers about matters such as the presence of asbestos or whether a serious crime has been committed at the property,” a consultation paper on the review states.

While it may seem straightforward to reveal if a murder has taken place at a home for sale, a principal with LMG Lawyers, David McKenzie, said there had been legal debate about what a material fact is and whether historical cases need to be revealed. 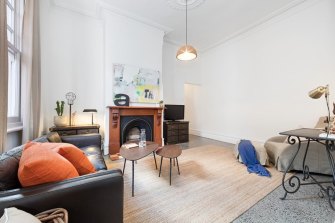 “A person could be very allergic to pets and could ask if the home has ever had pets in it – and the vendor could say they never had a cat or dog, but it’s impossible to know the full history and whether pets have ever lived in the house.”

It makes for tricky legal interpretations, he said, including whether vendors and agents could be seen to be withholding information even if they were unaware.

Victoria is not the only state with specific real estate disclosure laws, NSW also introduced legislation almost 20 years ago after a real estate agency selling a house linked to convicted triple murderer Sef Gonzales did not reveal the murders to the home’s potential buyers.

Gonzales killed his mother Mary, father Teddy and sister Clodine in their family home in Collins Street, North Ryde, in 2001. 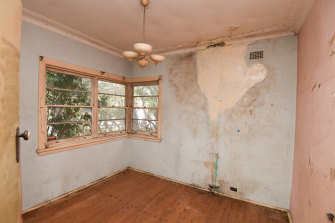 A disclosure also had to be made about this house in Greendale Street, Greenville, which sold in 2018. Credit:Peter Rae

When it was listed for sale in 2004, a couple who made an offer and paid a deposit were only made aware of the murders when they read about it in the newspapers.

The couple complained to Fair Trading, resulting in the agency being fined and tighter laws introduced by the NSW government.

Those laws have since resulted in a number of disclosures, including that of a home in Sydney’s lower north shore which sold in 2018, where the mummified body of a man was discovered among piles of rubbish.

The owner of the Greenville home, who passed away in 2017, had been a hoarder, leaving behind the macabre discovery for forensic cleaners and a need for agents to disclose what had been found. 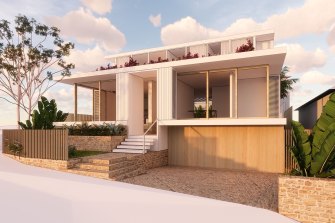 The land in Greenville was listed with plans for a new home to be built.

The dilapidated home was bought for $2.07 million at auction before being torn down. The land and some associated building plans were put up for sale in 2020.

Even though there was no legal requirement to disclose its grisly past in this second sale, Sydney agent Karl Ferguson said they still let buyers know what had happened.

“Why hide it when buyers only need to do a Google search on 31 Greendale Street to see all the stories of what took place there?” Mr Ferguson said at the time.

A similar stance was taken in Western Australia when the former home of convicted serial killers David and Catherine Birnie came up for sale in 2020. 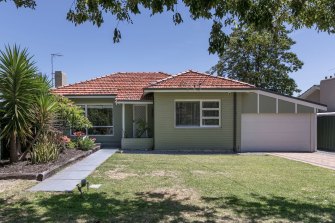 Potential buyers of the notorious former home of David and Catherine Birnie, signed paperwork to acknowledge the property’s past.

The notorious couple, who lived at 3 Moorhouse Street, Willagee in 1986, were found guilty of the rape and murder of four women – two of whom were killed in the home. A fifth victim who was kidnapped and assaulted on the premises escaped to raise the alarm.

While there was no direct legal requirement to reveal the history of the home, with One Residential Palmyra selling agent Tony Papineau advised disclosure wasn’t necessary after about 10 years, he still wanted potential buyers to know.

WA and other states and territories are bound by Australian consumer laws to disclose pertinent facts during a sale. In WA, these rules are included as part of a code of conduct for real estate agents, but there are no national laws detailing what material facts should be revealed.

The current owner, who paid $425,000 for the three-bedroom home, signed a written statement saying they had been told about the home’s past before buying, as had others who inspected the property. 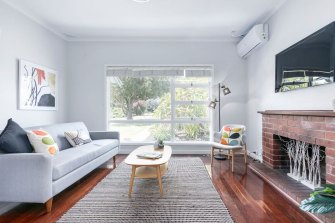 “Some people were concerned about it, some weren’t,” Mr Papineau said. “Some of them were just lookers, and felt they had some psychic connection and wanted to feel the vibe.”

He said it was important to reveal the home’s past, particularly as it was so well known across the globe.

“I’ve been selling in WA for over 30 years, and you really should do it the right way – be upfront. Any agent should have a disclosure like this,” he said.