How to cope if life feels a bit dystopian right now 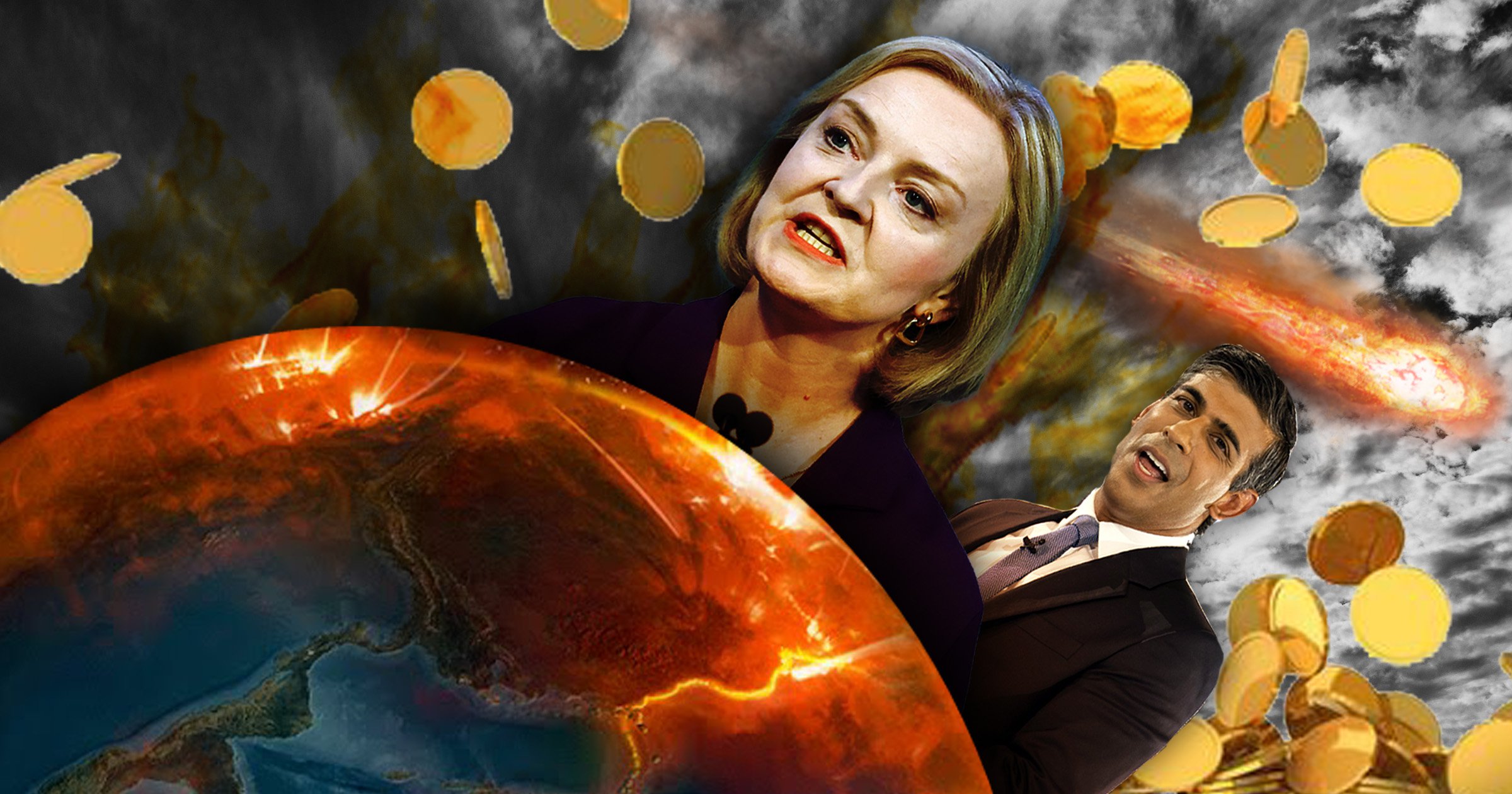 Liz Truss is in, the planet is burning up, war is still continuing in Ukraine and the cost of living-meets-energy crisis is causing major money anxiety.

Lots of the things we have limited control over on an individual basis – politics, environmental issues and financial strain – seem to be going haywire all at once.

Many won’t be happy about the Conservative party leadership result, inflation has hit more than 10% and the early signs of autumn are said to actually be sad scorched leaves that struggled in the unusually hot UK summer weather.

It can be overwhelming to see all this in the news constantly – and it can make us feel powerless.

If things are getting a bit much for you, you’re not alone, experts have shared some reassuring advice below.

Natalie Trice, an accredited life coach, says: ‘If you are struggling with what’s going on in the world right now it isn’t surprising, but you don’t have to deal with the negative messages 24/7.’

She suggests limiting your news intake and time scrolling on social media, so that ‘you aren’t taking on the woes of the world and the state of the nation’.

She adds: ‘Yes, you might want to keep up to date on the new PM and feel a social obligation towards climate change, and that is fine, but you don’t have to take this all on yourself – you aren’t Liz Truss.

‘Decide what is most important to you and what you think you can manage – and then take action.

‘Remove apps from your phones that aren’t helpful, maybe add an app that will show your screen time so you can deal with this if it is a problem, and decide a time of day when you won’t look at all at your phone and try to stop doomscrolling before bed.’

You should feel armed with ‘information that empowers you’, rather than overwhelms you.

Take back the power

Getting outside, meeting up with friends, being in nature and generally moving away from news debates and discussions will help give you a new focus and stop your brain from ruminating on what’s going on that’s out of your control.

It’s important to find things that lift you up when life feels too much.

Natalie says: ‘We are facing tougher times than many have known in their lifetime, so feeling that you don’t have any control could potentially hit many of us.

‘To take back some power, start with making a list.

‘Getting your worries out of your head and down onto paper can be a calming exercise and quiet the voices of doom.

‘When it comes to the cost of living, list out all your expenses as well as your income so that rather than thinking you are £300 short a month, you know exactly what you are looking at and where the gaps really are.’

She also suggests joining a local campaigning group or volunteering with a charity to find an outlet for any climate anxiety, or donating to a local food bank to ease any feelings of guilt you have around being in a more fortunate position than others.

You might not be able to justify ‘treats’ at the moment that in the past picked you up, due to the cost.

Simone Thomas, a founder and wellness expert, says at times like these: ‘Connections and being heard could well help make you feel so much better, so send a message, invite a mate out and find the joy that costs less but means more.’

Reframing what you can control

‘The things within your control – such as “do I need to budget?” – that’s to some degree something you can control. But war and global warming, those aren’t in your control.

‘You need to reframe these things and look at the news that’s actually going to have an impact on me.

‘You don’t need to know everything all of the time.’

Think about what’s important and impacts on your world at this specific moment during times like these, otherwise Emma warns you’ll be taking on ‘secondary trauma’ which could fatigue you.

‘We’ve had two years of secondary trauma and it’s why so many people are depressed, and it’s within our control to stop amplifying that sound,’ she adds.

‘Compassion fatigue’ is also at a high right now she believes, due to the bombardment of news we’ve absorbed.

It can make us melancholy when we feel but aren’t necessarily able to act.

‘Switch off bad news and follow good news instead’, she suggests, so it’s worth changing who and what you follow online or muting certain accounts temporarily.

Emma also suggests trying to add comedy to your life, as laughter is more powerful than you think in helping shift your headspace.

She adds: ‘We need to normalise people’s experiences after this traumatic time. You’re not broken but the way we had to live for a time was.

‘You should confront how you’re feeling rather than repress it, but in a constructive way – especially with finances.’

You have more power than you think.