Home » Lifestyle » How To Tell If The Person You’re Dating Is Wrong For You, Because It Isn’t Always Clear

How To Tell If The Person You’re Dating Is Wrong For You, Because It Isn’t Always Clear

“When you know, you know.” There’s a good chance you’ve heard this expression in reference to love before. When you find “The One,” you’re supposed to be struck with proverbial lightning and have a sudden and inexplicable awareness that you’re meant to be with this person. But what about when you’re with the wrong one? Are there equally obvious ways to tell if the person you’re dating is wrong for you?

TBH, it’s not always easy to figure out. That’s because problems in a relationship don’t always point to the fact that your partner is wrong for you. Just because one of you gets annoyed by the other’s habits or you and bae disagree on a few things, doesn’t mean you aren’t a good fit. It does mean, however, that you have some work to do in order to ensure your relationship remains happy and healthy.

On a somewhat obvious note, there are ways to identify incompatibilities in terms of communication habits, personality traits, and values. When you aren’t on the same page about certain important issues that you’re not willing to budge on, that can definitely create tension in your relationship. And according to experts, these are a few subtler signs that can suggest someone is wrong for you.

They bring out the worst in you. 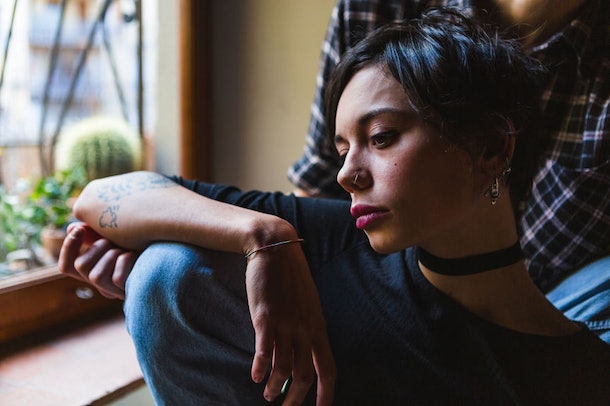 We are all complex individuals, which means our chemistry with different people can vary greatly. As such, not a single one of your relationships will be the same because each partner’s personality traits will activate certain traits in you. For example, you might find that one of your exes brought out your playful side, while another one seemed to make you feel more introspective. Maybe another person you dated made you feel feisty AF. According to Susan Winter, an NYC-based relationship expert and love coach, if something about your partner’s disposition just seems to rub you the wrong way, that could be a red flag.

“Instead of defusing you, they ignite your anger,” she explains. “Instead of making you feel good about yourself, they make you feel insecure.”

So, take note of whether your boo doesn’t bring out the best in you. Do they seem to activate your assets and positive qualities — or trigger your fears and flaws? If it’s the latter, they may simply be wrong for you.

You keep having the never-ending fight. 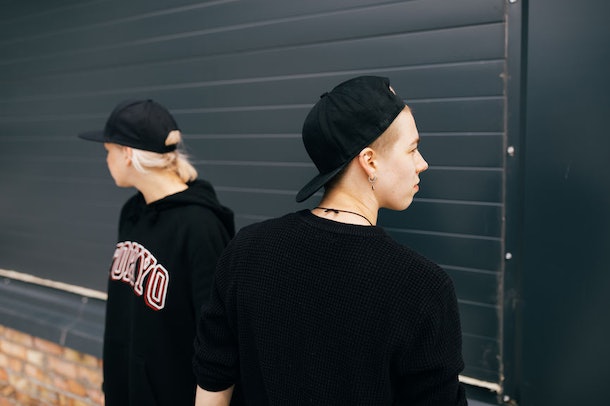 Fights with your partner are inevitable. In fact, allowing yourself to have an argument shows that you feel emotionally safe enough to share your feelings and concerns, and also that you’re invested enough in the relationship to improve it. However, arguments are really only productive if both people can truly listen to each other, and make a concerted effort to reach a compromise. Ideally, once you’ve had a fight about a particular issue, you can move forward with a renewed understanding of your partner’s perspective, and each of you can do your part to try and avoid running into that same problem again.

But what if you feel like you’re stuck in the movie Groundhog Day, reliving the exact same fight over and over? Winter says that repeatedly arguing about the same thing with no resolution is a sign that you might be wrong for each other. When neither of you is able or willing to find a middle ground or take the necessary steps to make a change, you’ll keep running into that same problem. Not to mention, it can be exhausting to continually have the same fight with no end in sight.

You feel embarrassed to be with them. 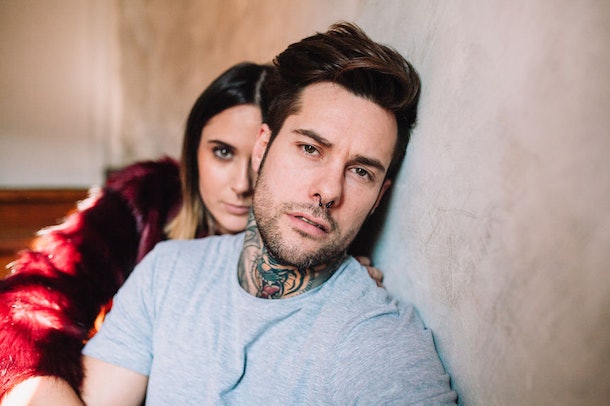 If you find yourself avoiding being in public with your partner or afraid to bring them around friends or family, that might suggest you’re with the wrong person, according to matchmaker and CEO of Exclusive Matchmaking Susan Trombetti.

"Clients have come to me and told me this about their previous relationships," she explains. "They didn’t even want to go to a late night diner with them, because they were ashamed."

It’s time to ask yourself: Do you cringe at things that bae says? Do you ever feel ashamed of how they dress, their opinions, or other behaviors? It’s important to be proud to be with the person you’re dating, and if you aren’t, then it might mean you’re waiting for them to suddenly become someone else. And the reality is, you can’t force someone to change. 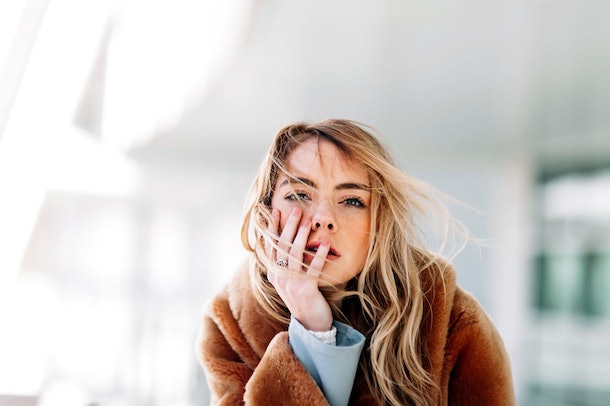 Never underestimate the power of your intuition. Even if you can’t quite put your finger on what it is, if your instinct tells you that something’s wrong about your relationship, then Winter says that might be a hint that your SO is wrong for you. Trombetti notes that you may have a sinking feeling that your relationship simply isn’t going anywhere, and you can’t picture .a future with them.

“Your gut doesn’t lie,” adds Winter. “It’s an innate feeling that you just can’t shake no matter how hard you try to push it away with logic.”

It can be easy to ignore these feelings if you feel like your partner should be right for you — but regardless of whether they seem to check all of your boxes, they may still not be a solid match. So, be sure to pay attention to those feelings that tell you something is “off.”

Starting to suspect that your partner isn’t right for you? Don’t panic. First of all, it’s super common to date someone who isn’t a perfect match, and second of all, there’s no rule that dictates how you should handle this situation.

“Many of us have loved the wrong person,” adds Winter. “And each person can make their own decision to stay or go, according to their own individual circumstances and inherent disposition.”

However, Trombetti says that it’s important to distinguish between someone who isn’t right for you and someone who doesn’t treat you right. She notes that if your partner is controlling or possessive, for example, those are definitely signs that you may want to GTFO out of your current relationship.

"Wrong for you just means you aren’t compatible — but emotionally abusive is another level entirely," she adds. "An abusive person feels they have a right to own you in a relationship. The wrong person ultimately accepts you for who you are, though you might have differences."

Trombetti advises being honest with your partner if you feel they’re wrong for you — that way, you can explore whether it’s time for you both to go your separate ways and seek out the right relationship. If you’re in the early stages of dating, Winter agrees that it can be a bit simpler to walk away rather than trying to force anything. However, if you’re already married or are merely committed to making it work, she says you can certainly seek couples’ counseling to try and resolve the issues that are plaguing your relationship. One thing that’s for certain is that people can change — as long as they’re willing to. So, provided you and your boo are both dedicated trying to accommodate each other’s needs, you can definitely work toward becoming more compatible. The bottom line is, two wrongs may not make a right, but they can become a right — if they’re willing to put in the effort to get there.