More than forty years after Chaka Khan kicked off her solo career by declaring ‘I’m Every Woman,’ the music icon has teamed with Idina Menzel to record a new version.

“I’m Every Woman” has been a staple of female-empowerment ever since Chaka Khan released the song, her debut solo single, in 1978. Since then, the song has been performed and covered (most famously by Whitney Houston) countless times, a statement to the song’s enduring message. For 2021’s International Women’s Day (March 8), Chaka, 67, decided to cover the song herself, with a little help from a fellow legend – Broadway icon Idina Menzel.

“It’s a very surreal moment for me, I’ll just say,” Idina, 49, said when speaking of the collaboration with TODAY. Calling Chaka one of her “idols,” Idina said she “tried to emulate the way that she sings.” Chaka also said that she sees “I’m Every Woman” as a “power song” that applies to everyone. “Any given audience. The men are singing it, just like the women.” Though, Chaka did say that there was something intangible about the song that resonates with female-identifying people. “Most about what’s being said about the song is not in the words,” said Chaka. “We’re speaking another language, the language of the angels.”

“I think it’s about women supporting women,” said Idina. “I think often society tries to get us to compete and tear each other down. It’s about holding each other up, and giving each other an opportunity to be heard and to be seen.” 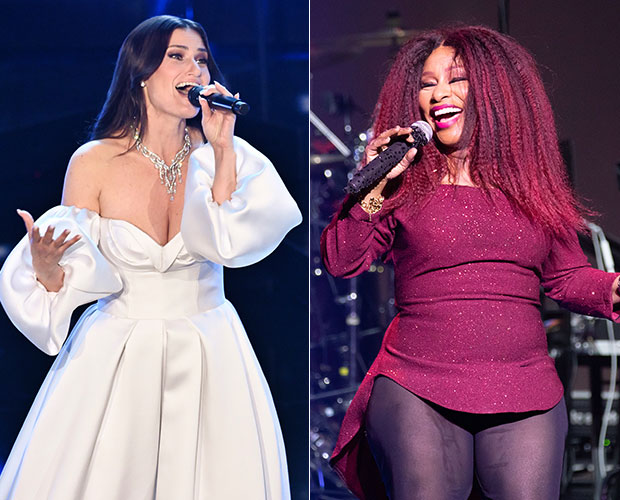 The song is part of humanitarian organization CARE’s International Women’s Day campaign, #IMEVERYWOMAN. “I am honored to lend my voice to celebrate and inspire women on this International Women’s Day. I hope our rendition of ‘I’m Every Woman’ sheds light on the incredible strength of empowered women — women who are changing the world by leading their communities,” said Khan in a statement, per Billboard.

“We especially pay tribute to the female heroes who have been at the forefront of the fight against COVID-19 this past year. I stand with CARE and the work they do across the globe to support women and girls everywhere. This International Women’s Day, help CARE and me spread the message that when women are healthy, educated, and thriving, we are all uplifted,” added Khan.

“I am so thrilled to be a part of this hopeful celebration of strength for International Women’s Day,” said Idina in the statement. “Our version of ‘I’m Every Woman’ is a beautiful recognition of the power in every woman, especially the heroes on the frontlines who have been working tirelessly this past year to keep us safe and healthy. I know that when we support women, they are truly changemakers for their communities — 2020 proved that beyond a doubt. I hope that you will join me in supporting women and girls around the world and CARE’s efforts to uplift them as we work to create a better world for all.”