Home » Lifestyle » I'm an etiquette expert, this is how to eat mince pies the elegant way

I'm an etiquette expert, this is how to eat mince pies the elegant way

I’m an etiquette expert, this is how to eat mince pies the elegant way – and the exact number of bites you should take

An etiquette expert has revealed how you can elegantly consume a mince pie in formal British style.

London and Berkshire-based Lucy Challenger, 39, is the founder and CEO of high-end Mayfair agency Polo and Tweed, which sources employees for uber-wealthy clients.

She is also a TikTok and Instagram creator, and has garnered more than 11 million likes for her videos which teach Gen Z social media users the essential manners and etiquette they need to fit in with the upper echelons of society.

Lucy has made a range of videos explaining the proper way to eat various foods – including pot noodle and flake chocolate bars – some more tongue-in-cheek than others. 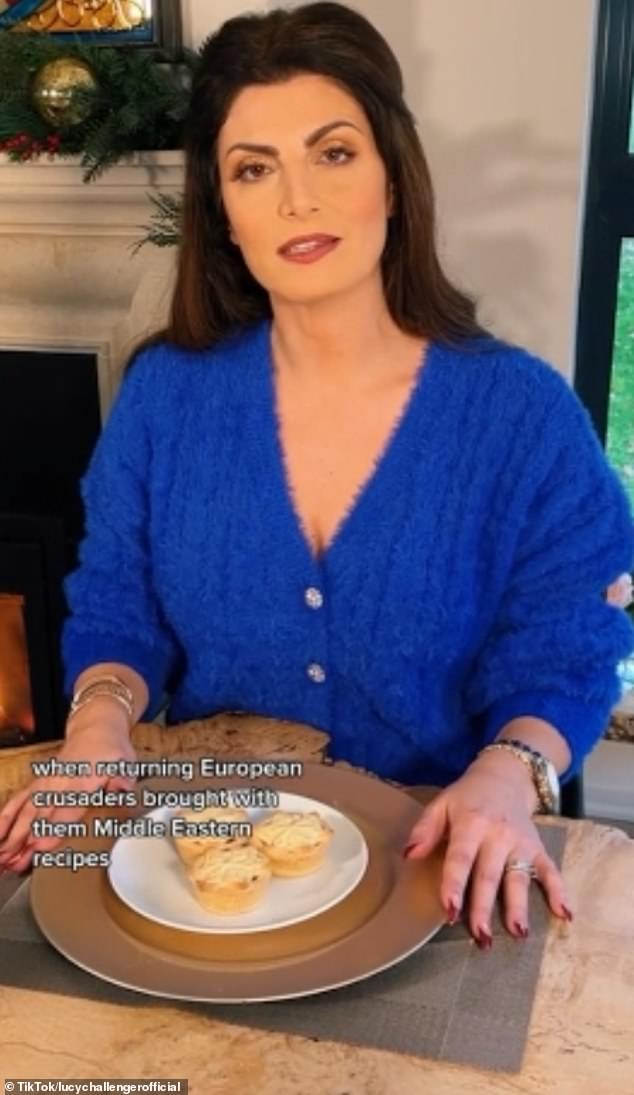 In a recent clip, she tackled the perennial Christmas favourite the mince pie, even sharing some history of the festive treat with viewers.

In the video, she says: ‘I’m going to show you the formal British way to eat a mince pie.’

She continues by discussing the provenance of the pie, describing it as ‘a sweet pie of English origin filled with mincemeat…a mixture of fruit, spices and suet – not actual meat’.

According to Lucy: ‘These pies are traditionally served in much of the English speaking world during Christmas time. 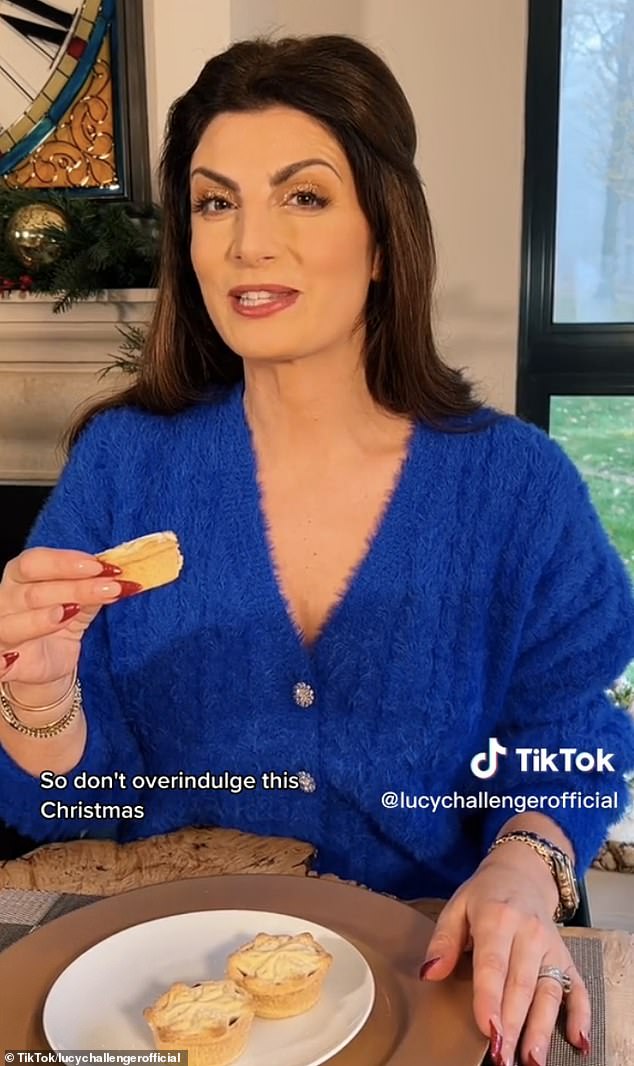 According to the 39-year-old, mince pies should be eaten by hand, taking special care to catch any falling crumbs on your plate

‘The ingredients of a mince pie are traceable to the 13th century when returning European crusaders brought with them Middle Eastern recipes containing meat, fruits and spices.’

Going on to how one should formally eat a mince pie, she explains: ‘One would pick up the mince pie with a thumb and first finger, and lift [it] away from the plate.

‘The mince pie is crumbly, so make sure anything that falls from the mince pie falls onto your plate.

‘I now keep them as pie and delicate bites around four to six to complete it.’

Several viewers took to the comments, revealing that not only did they not know the formal way to eat mince pies, but didn’t quite know what they are

Viewers took to the comments section to share their own thoughts on the sweet treats, with some revealing that they had previously believed the pastries contained actual meat.

One wrote: ‘I spent my whole life thinking British people were putting actual meat in pies.’

Meanwhile, others revealed they’d never even tried one of the festive pies, with one saying: ‘They sound delicious. I need to try that someday.’

And another wrote: ‘It’s funny because the word ‘mince pie’ makes you assume that it should be a full pie slice but instead they’re only dinky little things.’