I'm so addicted to winning the lottery I've just scooped my FOURTH jackpot – taking my total winnings to $4.6million

A MAN has scooped $1million this month in his FOURTH lottery win since 1999 – scoring a whopping $4.6million in total.

Mike "Lucky" Luciano won his latest prize from a $20 scratch-off ticket on January 6. 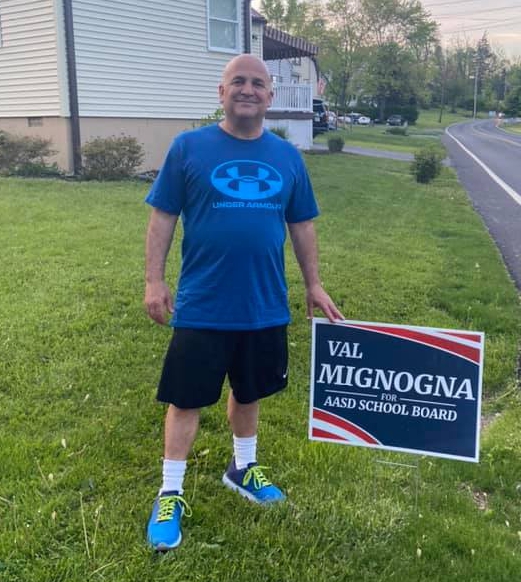 This is the fourth time the 55-year-old has scored jackpot in his life, and the third time he's won major cash prizes in the past six years.

"I just want to thank everybody for their texts and nice messages," he told the news outlet this week.

Luciano said he purchased the January 6 ticket at a shop along Pennsylvania Route 764 after stopping to play a video gaming machine his late mother enjoyed.

"I played it for my mother," he said.

Once he realized he won, Luciano drove straight to the state lottery office in Clearfield, Pennsylvania, to submit the ticket.

A representative at the Pennsylvania Lottery office in Harrisburg told the Daily Times on Friday that an official announcement of his prize would be made after necessary paperwork is completed.

After his last win of half a million dollars in January last year, Luciano said he felt "blessed" to win so many times throughout his life, but also admitted to having a gambling addiction.

"I don't know why I've been so blessed, winning big three times in my lifetime," Luciano told the Altoona Mirror last year.

"Most people are just looking for one win—and I know this is incredible."

"But, I'm convinced no one wins this many times without playing more than they should," Luciano added. "I'm addicted to it."

He said that he saw lottery ticket sales skyrocket around him after his last couple of wins.

However, he cautioned individuals to avoid spending too much money and going down the same path as him.

"People shouldn't do what I do," he added.

"I don't want them to think—I mean, I'm not ungrateful, this is unbelievable and I couldn't be more thankful it's happening to me—but I don't want people to think it will happen to them."

His wife, Shelly Luciano, told the news outlet that she believes her husband has won so many times due to his giving nature.

"He wins because he's such a giving person," she said last year. "He's always helping people, and I think this is how it comes back."