Home » Lifestyle » In 22 albums, only three songs might be ‘a bit’ about her. Which?

In 22 albums, only three songs might be ‘a bit’ about her. Which?

Joan Armatrading’s shiny new CBE was awarded for services to music, charity and equal rights. Missing was services to love.

For nearly 50 years, the British singer-songwriter has been a spy in the House of Love, chronicling its vagaries. Her love radar is always on high alert.

Ordinary people are her fodder. Grist for the mill: tears and tirades in a Sydney restaurant (The Shouting Stage); dolled-up guys around Times Square seeking attention in dresses, high heels and lipstick, hair piled high (Rosie); lovesick puppies, hand in hand, all but skipping down London streets (Glorious Madness); the partner who gives everything but can’t say I love you (All a Woman Needs).

“I never know what I’ll see or what I’ll hear someone say that will spark a song,” Armatrading tells Spectrum by phone from Britain. “Sometimes love can be violent, sometimes it’s just a very calming thing – it has all these sides to it you can write about.” 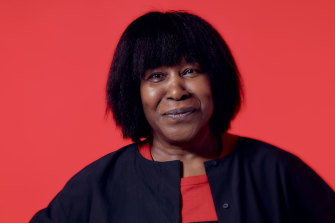 Her job, she says, is to be observant and present.

Already There, the first single from Armatrading’s 22nd album, Consequences, is coming to a wedding near you. It’s an exuberant, uplifting comment on the way love is rarely simultaneous – more hare and the tortoise than neck and neck across the finish line. It has the same energy and bounce of Armatrading’s pop classic Drop the Pilot from the 1983 album The Key. 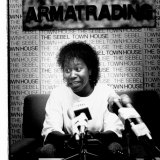 Consequences, recorded this year at her Bumpkin Studios in Surrey, charted at No. 10 in Britain last month , the artist’s best chart position since The Key.

Her take on love is more gritty than gooey. The new title track is a song about relationships and the choices made within them. The way actions and reactions shape lives has long intrigued her.

Armatrading, now 70, has kept the albums coming since her 1972 debut, Whatever’s For Us. She is celebrated for her deep, honeyed, flexible voice and explorations of folk, jazz, blues, soul and pop. Since 2003 she has arranged and played nearly all the instruments on her albums. She favoured creative isolation long before the coronavirus made it mandatory.

Armatrading insists that pretty much no song she writes is about her. Except maybe 1980’s Me Myself I and Better Life, the new track on Consequences, a plea not to compare yourself with others and to live the life you love. There might be a little bit of her in Love and Affection, which has been on the set-list of every single one of her concerts since it shot her into orbit in 1976. No fan wants to be deprived of that come-hither opener: “I’m not in love, but I’m open to persuasion.” 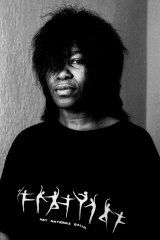 Why, reasons the woman once dubbed Joan Armour-Plating, would she go to all the trouble to guard her private life as fiercely as she does and then spill the beans in her songs? The only hint at her private life has been the announcement of a civil partnership between her and artist Maggie Butler in 2011, sighted on a public notice board in the Shetland Islands ahead of the ceremony.

Armatrading has a swag of honorary fellowships and doctorates, along with her chart successes, awards and three Grammy nominations. She received an MBE in 2001 and was recently appointed a Trustee of the Prince’s Trust, a charity in Britain founded in 1976 by Prince Charles to help vulnerable young people get their lives on track.

Last year, as well as becoming a Commander of the Order of the British Empire (CBE), Armatrading became the 19th fellow of The Ivors Academy, one of the largest professional associations for music writers in Europe, joining Annie Lennox, Sir Paul McCartney and Sir Elton John.

She has raised funds for human rights, at-risk and disadvantaged youth, children with cerebral palsy and for education initiatives. Her charity work provides an inkling of where Armatrading’s heart lies. Underpinning most of it is a quest for fairness and equality.

“Everybody deserves to be able to do certain things in their lives no matter what their economic situation – get a job, education, be social,” she says, “and the Trust helps young people to do all of those things, to motivate them, to keep them confident.”

The word she hears most when working with the Trust is “confidence”. “You’ll hear young people say they couldn’t get a job, talk to people in a meeting, draw, whatever, because they didn’t have the confidence. So, it’s all about cultivating confidence.”

From 2005 to 2010, Armatrading served as president of Britain’s Women of the Year Lunch, which celebrates women in arts, culture, politics and science. “They honour ordinary women, not necessarily household names, campaigning to make things happen,” she says, “like setting up a children’s hospice or collecting money so women in Africa can have sanitary towels.”

Few artists have a sense of self like Joan Armatrading. If there’s a word that nails her, it’s probably “comfortable”.

“Not everyone in my family is like this,” she says, when asked where her strength and positivity come from. “I just know that this is me, this is who I am; I don’t know any different.”

Born in the Caribbean and the third of six children, Joan came to live in Birmingham when she was seven. A piano her mother bought as a piece of furniture piqued her interest in music. She’d lifted the lid and tried it out before it was even through the front door. 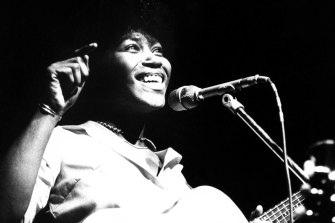 Guitars? She’s had a few, since swapping two prams for “a really cheap” acoustic guitar in a pawn shop when she was a teenager. Her love affair with guitars is evident in the BBC radio series she presented a few years ago in which she quizzed five aficionados on the art of playing them: Mark Knopfler, John Williams, Bonnie Raitt, Bert Jansch and Russell Lissack from indie rock band Bloc Party.

‘I’ve never felt like a pop star … I am ambitious for my songs. I measure success by how much I really love what I have written.’

Yet Armatrading tends not to jam, doesn’t mix much. “I’m not one of those musicians who is constantly listening to music. The last thing I looked at was Kanye West’s album Jesus Is King; it’s a great album. I like Kanye West anyway.” Also, Muddy Waters, Amy Winehouse and Smokey Robinson.

“I’ve never felt like a pop star,” she says. “I feel like a songwriter. I am ambitious for my songs. I measure success by how much I really love what I have written … but it’s important to me that songs affect people.”

While Armatrading struggles to name muses or mentors, there are plenty who would nominate her. For a 2012 British tour, Armatrading invited 56 artists to open for her in their respective hometowns. Each then contributed a track to a compilation CD set.

Armatrading is always up for a challenge: like studying for a BA honours degree in history while touring in the late 1990s, running the New York marathon at age 57, composing a score for an all-female production of Shakespeare’s The Tempest, learning to fly a helicopter, abseiling … the latter done secretly while on tour in Australia.

“I like to try new things – in my music and in my life – just to keep myself amused,” she says, letting loose her trademark contralto laugh. “I’m trying to write the song that says, ‘You’ve done it! OK, Joan, there’s nothing left for you to do’, the song that says, ‘Put the pen down!’”

Joan Armatrading with Band – Live from London is streaming from 5am (AEST), Sunday, August 1. Tickets are $43.35, available through joanarmatrading.com

THE WATCHLIST
Find out the next TV, streaming series and movies to add to your must-sees. Get The Watchlist delivered every Thursday.