A MUM has been left heartbroken after her one-year-old daughter was unable to walk just hours after being diagnosed with a rare cancer.

Brooke Bretherton was still grieving the loss of her husband, Joel, when she was told the shocking news about her little girl, Peachy. 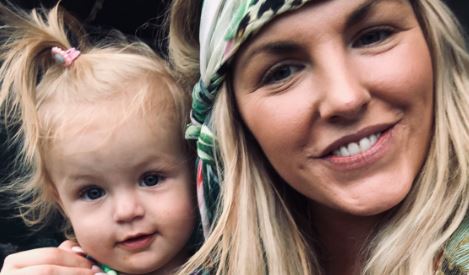 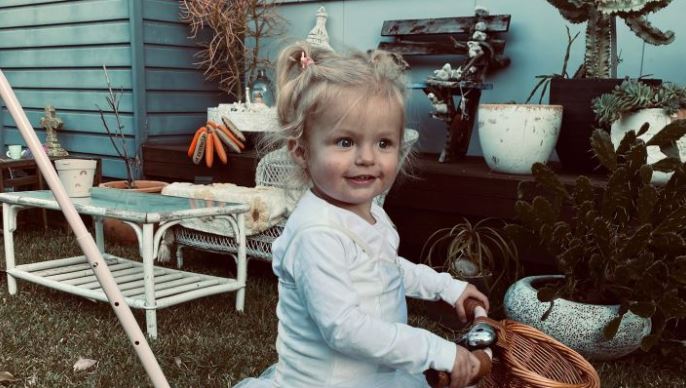 Joel, who is Peachy’s dad, had died just one year prior after a long battle with brain cancer.

Brooke, who lives in Byron Bay, Australia, said: “I have just been finding my feet as a single mum and trying to grieve my best friend and the love of my life, and I’m still grieving…. and then this has happened.”

Brooke’s fresh nightmare began last week when she noticed a lump on Peachy’s back while she wasn’t wearing a nappy.

Out of precaution, Brooke took her daughter straight to hospital where doctors ran tests.

It confirmed that Peachy has Ewing sarcoma, a type of cancer that is found in bones and the soft tissue around bones, including the knees, pelvis, ribs and spine.

It affects people of all ages, but very rarely is seen in those over 30 years old.

Ewing’s makes up 1.5 per cent of childhood cancers, occurring during periods of growth.

Brooke told 7NEWS.com.au that she watched her daughter rapidly deteriorate from her usually bright and bubbly self to being unable to walk.

“Within 24 hours she was dancing, and the next day she couldn’t walk,” she said, adding Peachy is receiving medication for “excruciating pain”.

“She’s a really beautiful bubble of love that girl, and she’s got a very strong daddy, and she’s a fighter.

“She’s been through a lot and I’m just holding onto the fact that I know that she’s just going to push the boundaries, and hopefully, it will be gone.”

Ewing sarcoma can cause pain in the bones, bone fractures and difficulty with movement.

Peachy will undergo nine months of chemotherapy, starting from next week, in order to shrink the tumour, according to a GoFundMe page.

She’ll later need surgery to remove the tumour once it has reduced in size.

The prognosis for Ewing sarcoma depends on how early it is found and how much of the tumour can be removed, with around 60 per cent of patients living five years after diagnosis.

Peachy is being treated at Brisbane Children’s Hospital – where she will likely spend her second birthday in October.

Brooke and her parents have been given an exception to cross the border from New South Wales to Queensland amid the Covid pandemic.

Brooke is taking it “day by day” after the tragic series of events.

Her partner Joel had been diagnosed with brain cancer in 2006 and, although it was treated by a surgeon in 2018, it returned in 2020.

The glioblastoma tumour claimed his life in a matter of months.

More than $99,000 has been raised in only three days on a GoFundMe campaign to support Brooke.

The page, set up by family and friends, says: “To think Brooke is now facing this journey again with the fear of losing her little girl to the same cruel disease that she lost her adored husband, is completely overwhelming.”