The rare 20-year-old south-western black rhinoceros, named Manu, was rescued by The White Lion Foundation just over a year ago and moved to a sanctuary. His incredible story has reemerged ahead of World Rhino Day on Tuesday.

Before his rescue, Manu was seen walking in circles on a South African Reserve.

The rhino was found to have detached retinas, thought to be caused by territorial fighting.

He had no chance of surviving in the wild without his sight and would have been killed by other animals.

The White Lion Foundation launched an urgent appeal to rescue the rhino. 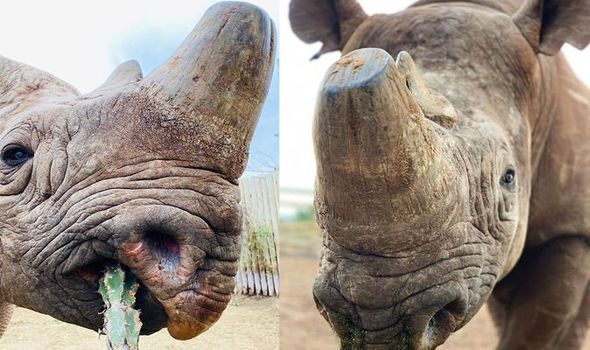 His new home was built in just eight weeks and in August 2019 he was relocated to Founders Lodge in the Eastern Cape.

Manu is one of only 254 of his species left in South Africa.

Moving him was hugely dangerous due to the threat of poaching.

A year later, Manu is thriving in his safe new home where he has a full-time keeper and 24-hour security. 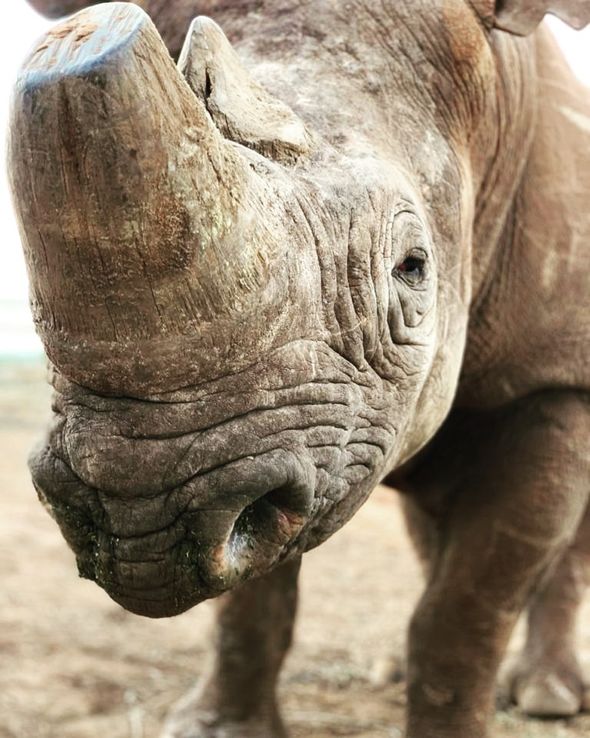 He has a white rhino calf as a neighbour and there are plans to introduce him to a female rhino.

Due to his young age, he will be able to father more rhinos to help prevent the species becoming extinct.

Shirley Galligan, co-founder of The White Lion Foundation, described the rhino’s story as an “amazing one of survival and endurance”.

She said: “I am so happy that we have Munu in our care, he is very precious and rare and there are only about 250 of his kind now left in South Africa. 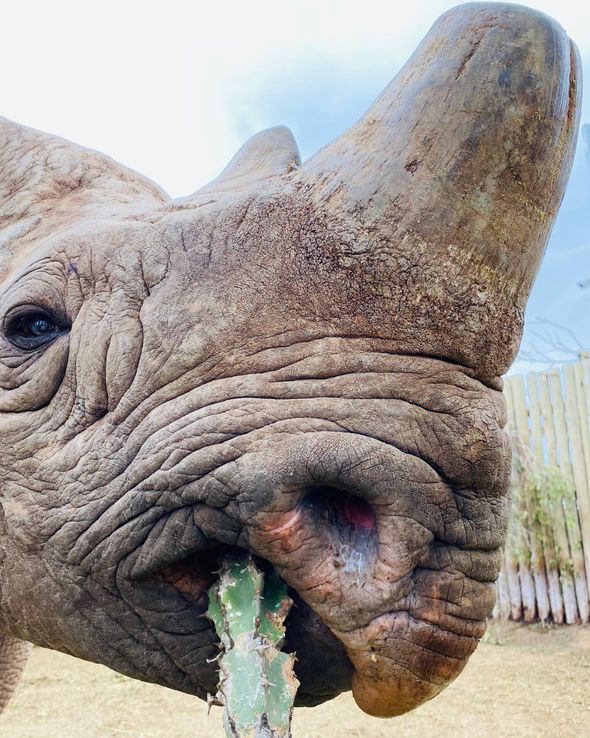 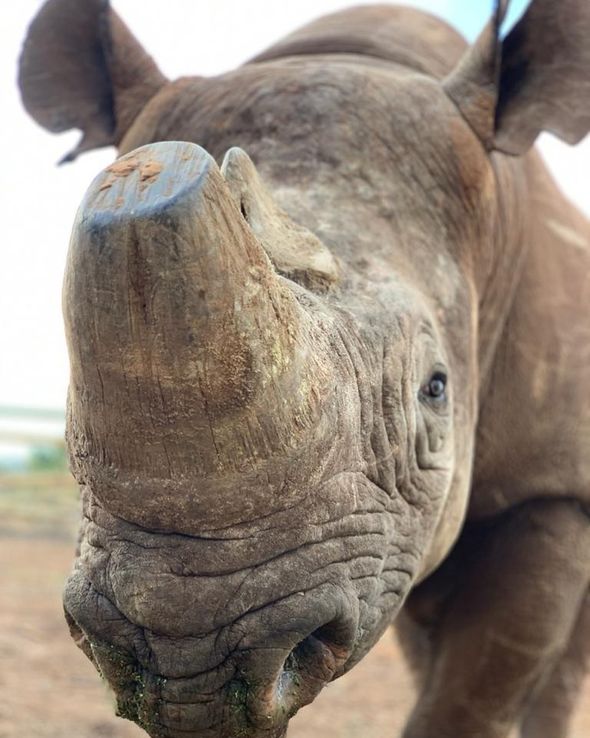 “I hope that in the future that we find Munu a suitable mate, and his offspring may contribute to the major South African effort to secure his kind.

“I feel that our new charity was given a gift with Munu, not a problem.

“I am so honoured to work alongside people who feel the same as I do.

“Black rhinos are the legends of our time and the preeminent symbol of conservation in South Africa.

“They have lived nearly as long as the dinosaurs.

“Despite their numbers being decimated by poaching they cling on, but need all our help to save them.”