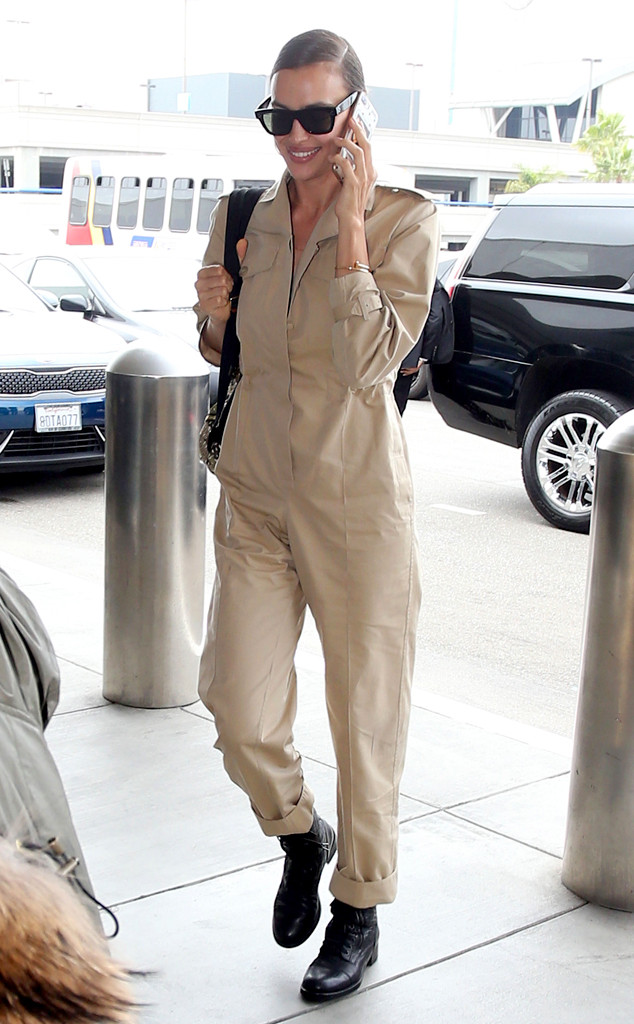 As rumors about her current relationship status with Bradley Cooper swirls, the model is carrying on like business as usual. On Thursday, the mother-of-one was spotted in a trendy-looking jumpsuit as she headed to the Los Angeles airport. As she entered the busy terminal, Irina was seen smiling and talking on the phone.

While it could be nothing, there was no sign of the emerald jewel that was rumored to be her engagement ring.

Moreover, Irina appears to be leaving town because of work obligations, as she is expected to attend The Lions x World Oceans Day event in New York City on Friday.

It’s unclear if Bradley and Irina’s relationship will last the test of time, but a source previously told E! News that they are both “questioning whether being a couple is what’s best.”

“They want to stay together for their daughter, but neither of them are very happy,” the insider explained. “They’ve spent time apart to test the waters and see if they are better off.”

According to the source, they have “invested” a lot into their three year relationship and they find it “very difficult.” to go separate ways. Moreover, they share two-year-old daughter, Lea De Seine Shayk Cooper, who the source says they “love dearly.”

The insider shares, “They have a lot of history and their precious daughter keeping them together for now.”