It’s a long time since we’ve been treated to Sandra Bullock’s sunny side and it’s nowhere to be seen in The Unforgivable. She gives an implacably long-faced performance as Ruth Slater, a woman who’s just been released from prison.

Ruth has served 20 years for killing a local sheriff in a struggle as police tried to evict her and her five-year-old sister from their home. 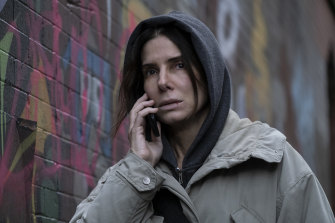 Directed by up-and-coming German talent Nora Fingscheidt, the film is an American remake of a 2009 series by Sally Wainwright (Happy Valley), one of British TV’s most accomplished writers. The series starred Suranne Jones, who has firmly established herself as television’s Mistress of the Reckless Act.

The role of Ruth Slater fits comfortably into Jones’ oeuvre. Her performance embraces a few more tonal shifts than Bullock’s, which is set permanently on a note of single-minded determination. She’s on a quest to find her sister and renew their relationship – a task that only seems to allow for a fleeting half-smile throughout the film. 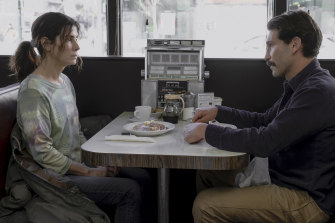 The original series was set in Yorkshire, effortlessly accommodating one or two telling observations about the British class system. The film transfers the action to the grimier neighbourhoods of wintry Seattle. Ruth’s patrol officer settles her into a cheerless dormitory which she grumpily shares with three other equally antagonistic ex-convicts. She takes on two jobs, joining an assembly line to gut fish and then speeding across town to use her considerable carpentry skills to help build a community centre.

It’s a grim routine, leavened only by the appearance of Jon Bernthal (The Walking Dead, The Many Saints of Newark) as a potential love interest. He’s persistent, but it’s a while before Ruth can bring herself to speak to him. Even then, she remains icier than the weather.

The Unforgivable is partly a thriller: the dead sheriff’s vengeful sons hover in the background looking to do some damage, but somehow the action moves at the same dogged pace as Bullock’s performance. It shouldn’t.

The storyline is pretty faithful to Wainwright’s three-episode series, so it should feel faster and more concentrated. The original allows for variations in mood, while also giving its characters lives outside the narrow constraints of the main game. The film, in contrast, is all business and a bit of a plod. It’s time for Bullock to cheer up.