Amidst all of the destruction, death, and dust in the most recent episode of Game of Thrones, viewers thought that they may have caught another glaring production error. But it turns out, the series actually avoided another Coffee Cup-gate. Spoiler alert: This post contains spoilers from Game of Thrones Season 8 Episode 5, "The Bells." Although a viral image from the episode seemed to show Jaime Lannister’s right hand having magically returned while embracing Cersei, further investigation into the supposed production gaffe reveals that Jaime Lannister’s hand in Game of Thrones Season 8 Episode 5 was not a mistake.

Game of Thrones fans have always been notorious for picking apart every last detail in every scene of the series, but the fans have been particularly on high-alert this season after a rogue coffee cup wound up in a recent scene. Shortly after Sunday night’s premiere of the show’s penultimate episode, a photo went viral that showed Jaime Lannister’s right hand seeming to have magically grown back in place of the golden prosthetic hand he has worn for seasons. The hand can be seen in a photo of Jaime hugging his sister/lover Cersei moments after their reunion in the Red Keep, shortly before the two meet their fate under the collapsing architecture of the castle. 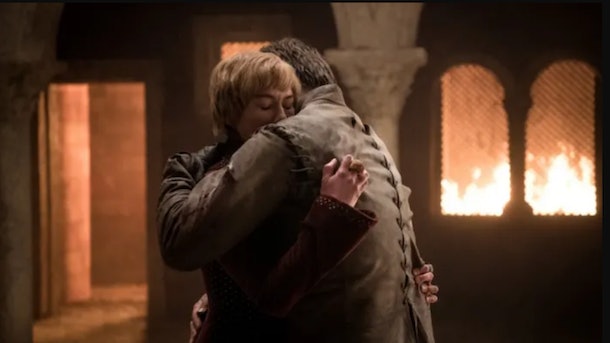 Of course, fans were quick to jump on board with calling the photo out as another production error in the show, and Twitter erupted with Game of Thrones fans pointing out Jaime’s hand.

But actually, the scene photographed never aired in the episode. Yes, we do see Jaime hugging Cersei in the Red Keep’s map room in the episode, but the cut that aired on HBO showed Jaime with his golden hand for the entire embrace. 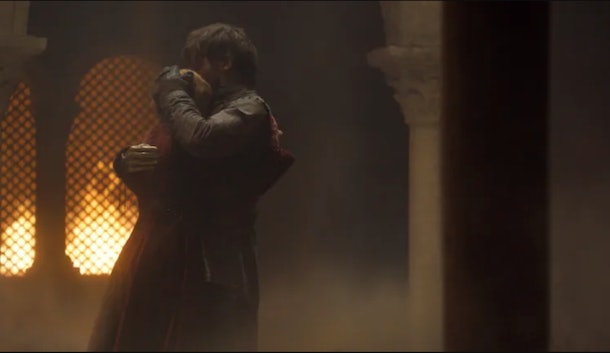 So where did this viral photo of Jaime without his fake hand come from? Well, HBO always releases a crop of photos from each new episode immediately after it airs, and Buzzfeed News pointed out that this photo of Jaime and Cersei with Jaime’s real hand visible had been released on HBO’s website as a part of this release, but has since been removed from the site.

Since most of the professional photos from the series are taken on the set prior to any added CGI, it seems very likely that this photo of Jaime and Cersei’s final moments together was just released before it had gone through the CGI necessary to digitally replace Nikolaj Coster-Waldau’s right hand with the golden prosthetic. Luckily, the actual footage that aired on HBO had completely gone through all the CGI necessary to include Jaime’s correct hand, so the show avoided having to deal with embarrassing production errors two weeks in a row.

With that potential fiasco effectively handled (sorry!), now Game of Thrones fans can turn their focus to the final episode of the whole series, which will premiere on Sunday night. The 80-minute series finale will air on Sunday, May 19 at 9 p.m. ET on HBO.