Jared Leto plays a vampire in Marvel’s new superhero movie “Morbius,” and he certainly dressed the part at Wednesday’s premiere in Los Angeles.

But unlike your typical Dracula, his cape was white and not black (to better fit in with the rest of his alleged cult in Croatia, perhaps?).

The 30 Seconds to Mars frontman, 50, went full vampire bride in a flowing white ruffled lace cape, complete with one of the oversized pussy bows he famously loves.

He paired the statement outerwear with a white satin suit layered over a sheer, unbuttoned-down-to-there lavender blouse, and accessorized with silver boots and a Nosferatu-worthy smokey eye.

He shared a few behind-the-scenes snaps on his Instagram Stories showing off his giant purple shield-style sunglasses, and later ditched his dramatic cape for photos with fans and friends, posing with TikTok creator Sean Does Magic and co-star Tyrese Gibson. 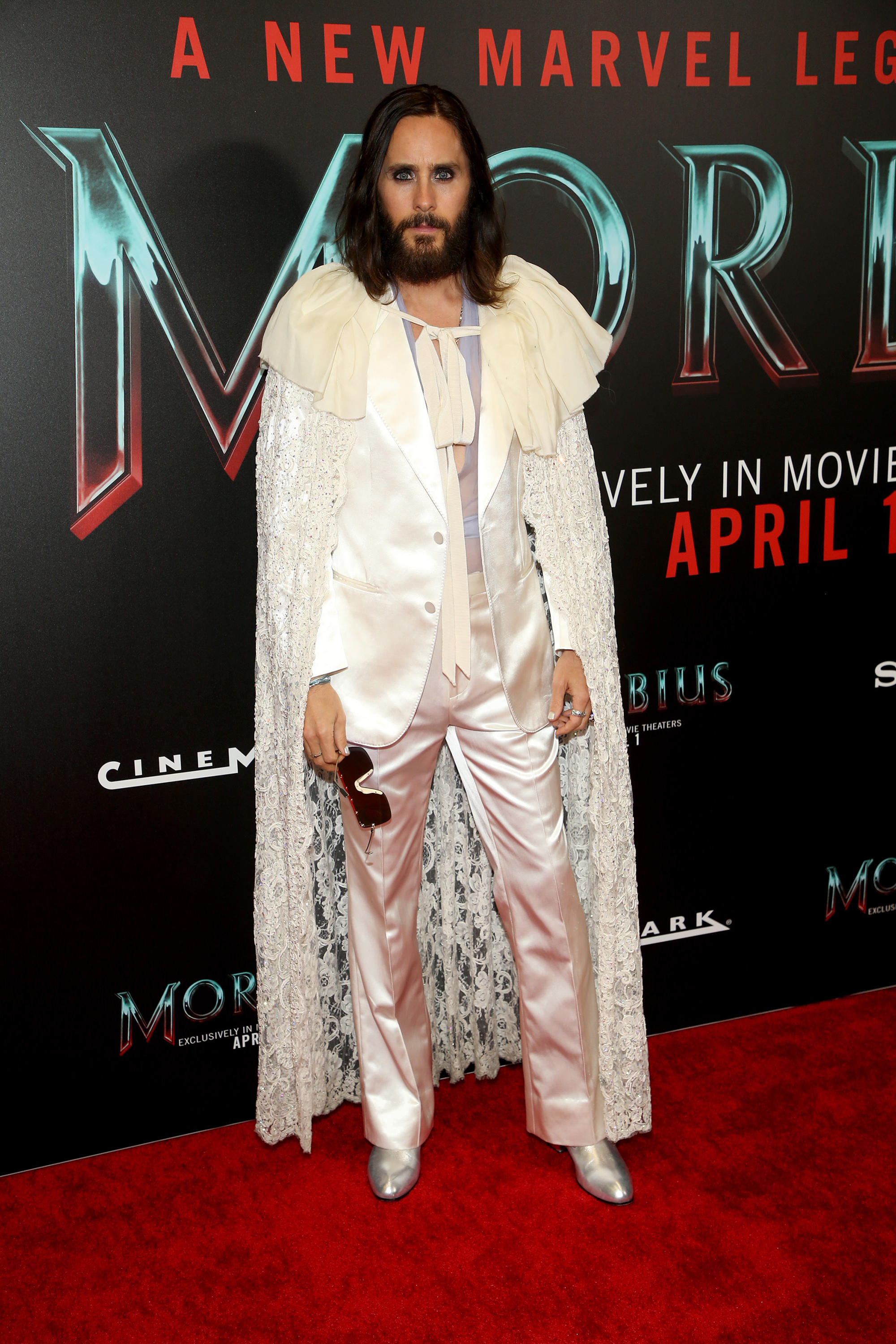 Leto’s ensemble might just be more memorable than the film itself, judging by early reviews. In theaters April 1, “Morbius” isn’t the actor’s first foray into the superhero world, as he previously appeared as the Joker in “Suicide Squad” and Zack Snyder’s “Justice League.”

The “House of Gucci” (and lover of all things Gucci) star wasn’t the only one who opted for a daring outfit at the film screening; Bella Thorne chose a racy optical illusion dress that made it look like she was completely nude, and actress Adria Arjona wore a corseted Vivienne Westwood gown with a super-high slit. 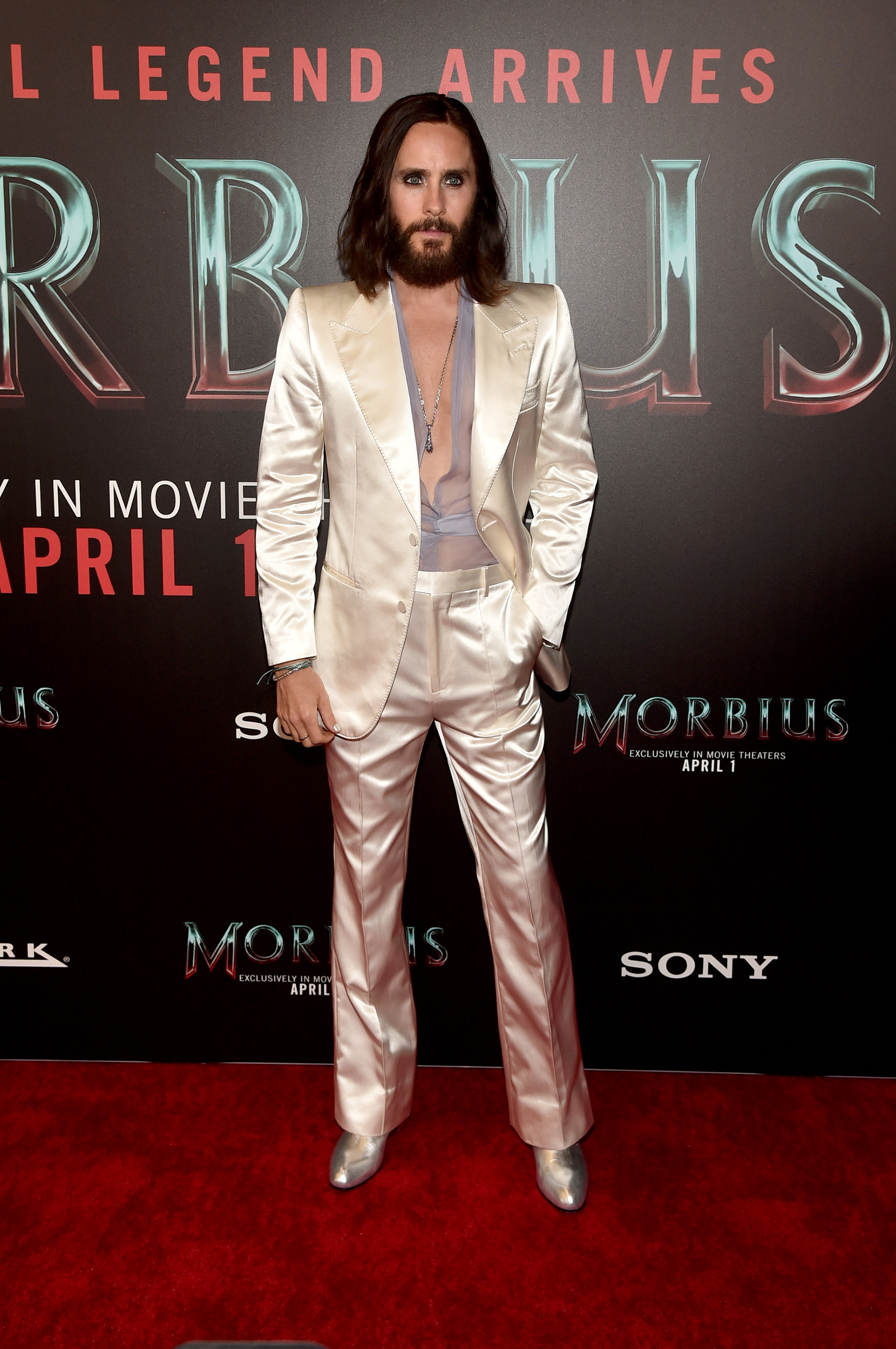 The bloodsucker role is fitting for the ageless actor, who recently refused to share his skincare secrets.

Perhaps he’s a vampire after all. 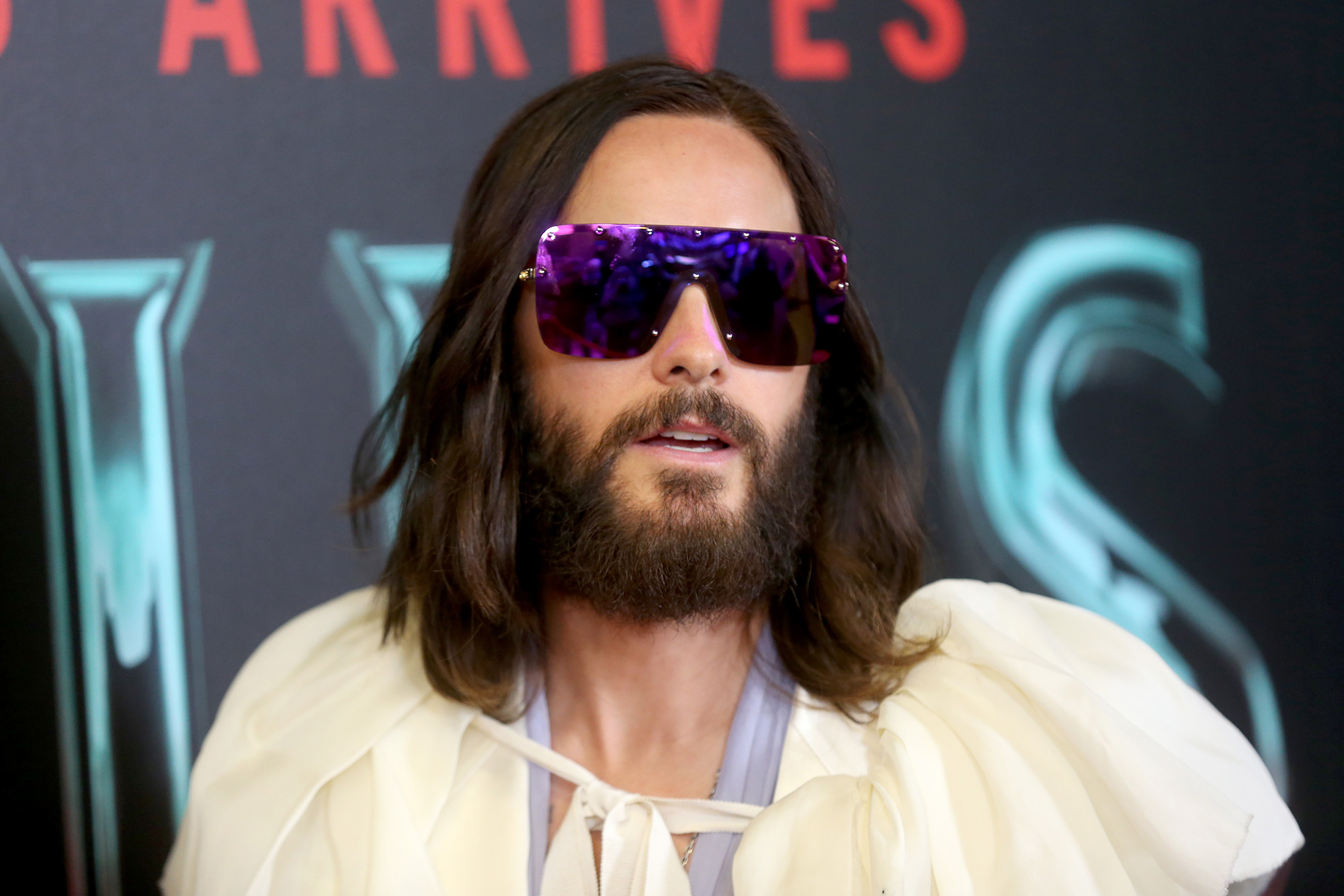