Jason Oppenheim getting hundreds of resumés after ‘Selling Sunset’

“I’d been approached, probably for a good year, maybe year and a half, by different producers and agents and we didn’t want to do a show. So we’d taken a couple of meetings, but then my brother [Brett Oppenheim] and I just decided that it was just more risk than reward.”

It was “The Hills” creator Adam DiVello who ultimately landed the project, adding his signature style to the series, which follows Chrishell Stause, Heather Young, Christine Quinn, Mary Fitzgerald, Maya Vander, Davina Potratz and Amanza Smith as they compete to sell luxury homes in Los Angeles.

“We film for months and then it gets edited down to just a few hours of television,” Jason, 43, explained. “So it’s not like that intensity is just every day here. I would kill myself.”

“I think the show’s almost exacerbated the existing kind of tensions and normal drama that would occur among, you know, people that spent so much time together, both professionally and socially,” he added. “I don’t think it’s quite as intense and consistent as it might appear on the show. I mean no one could handle that.”

Since the show premiered last year, Jason said that “hundreds of people have requested to work with us.”

“It’s a nonstop barrage of resumés and emails from all over the world,” he said. “It’s certainly flattering, but at the same time — first of all, I’m not looking to expand. And even if I was, it’s not necessarily going to be someone that wants to get into real estate because they’re a fan of the show.”

The office has seen a major departure. Brett recently left the brokerage to form his own company, Oppenheim Real Estate, but viewers won’t see the split play out on the show.

“That’s more recent,” Jason said. “We stopped filming Season 3 right before the quarantine. So we’re not going to see anything regarding that on Season 3. It would be something that we would get into in future seasons.” 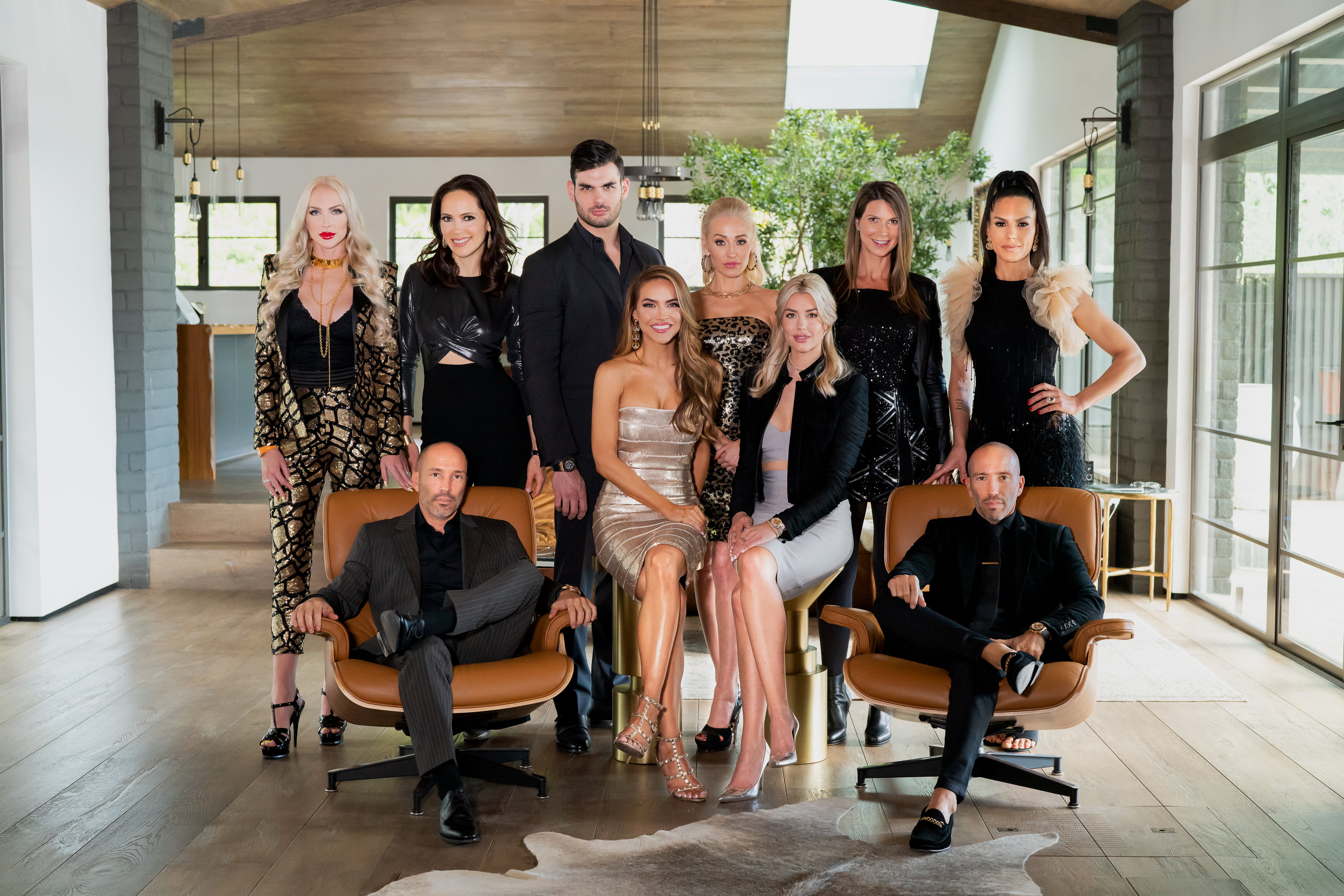 Of course, Jason has had some listings — some even featured on the show — that he wished he could have picked up for himself like Orlando Bloom’s Beverly Hills bachelor pad for $8.999 million.

“I think the 40 million dollar house, obviously, is the house I’d love to live in, but it’s too big for me,” he explained. “Currently I have Orlando Bloom’s property on the market and I’m absolutely infatuated with it. I love it. I think it’s the most beautiful, architecturally impressive and just shot fully crafted homes. So I would put that on my top five list. And I think I sold the house at 7000 Macapa years ago. Still is one of my favorite homes I’ve ever sold. Sold it to a well-known deejay.”

He’s also not concerned for the future of real estate in a post-COVD-19 world.

“We hit a hard pause in March and April and May,” he explained. “Things are starting to get back to normal. So I’m not really that concerned, to be honest. Real estate is full of ups and downs. And all this was was just a down. And quite honestly, it was a short down. I happen to think that there’s a lot of pent up supply as well as pent up demand out there. And I think we’re going to have a pretty successful second half of the year. I’m still optimistic that we’re gonna have our best year ever despite COVID.”