Jeff Bezos earns groans at charity gala for only donating $500,000

Jeff Bezos somehow managed become the villain of a fancy fundraising gala in Los Angeles over the weekend, even after donating $500,000 to the cause.

The Amazon and Blue Horizon boss and his girlfriend Lauren Sanchez went to the A-lister-studded Baby 2 Baby event at the Pacific Design Center in West Hollywood on Saturday night — and his presence, or at least the presence of his wallet, was very much felt. But we’re told he wasn’t warmly welcomed by the glittering crowd.

“Everyone was waiting for him to donate something,” an insider said of the world’s second-richest man, “but he didn’t. Then someone donated a million dollars. And then a little later, [Bezos] donated $500,000. There was an audible groan from the room.”

It may seem an ungracious reaction, considering he did drop half a million — until you consider that Bezos is estimated to make around $142,667 per minute. So he in theory made more in the five minutes he spent pretending to eat the chicken than he donated the whole night.

The event honored Vanessa Bryant with its Giving Tree Award for her longtime support of the charity. She paid tribute to her late husband Kobe, who had also been a benefactor of the organization. 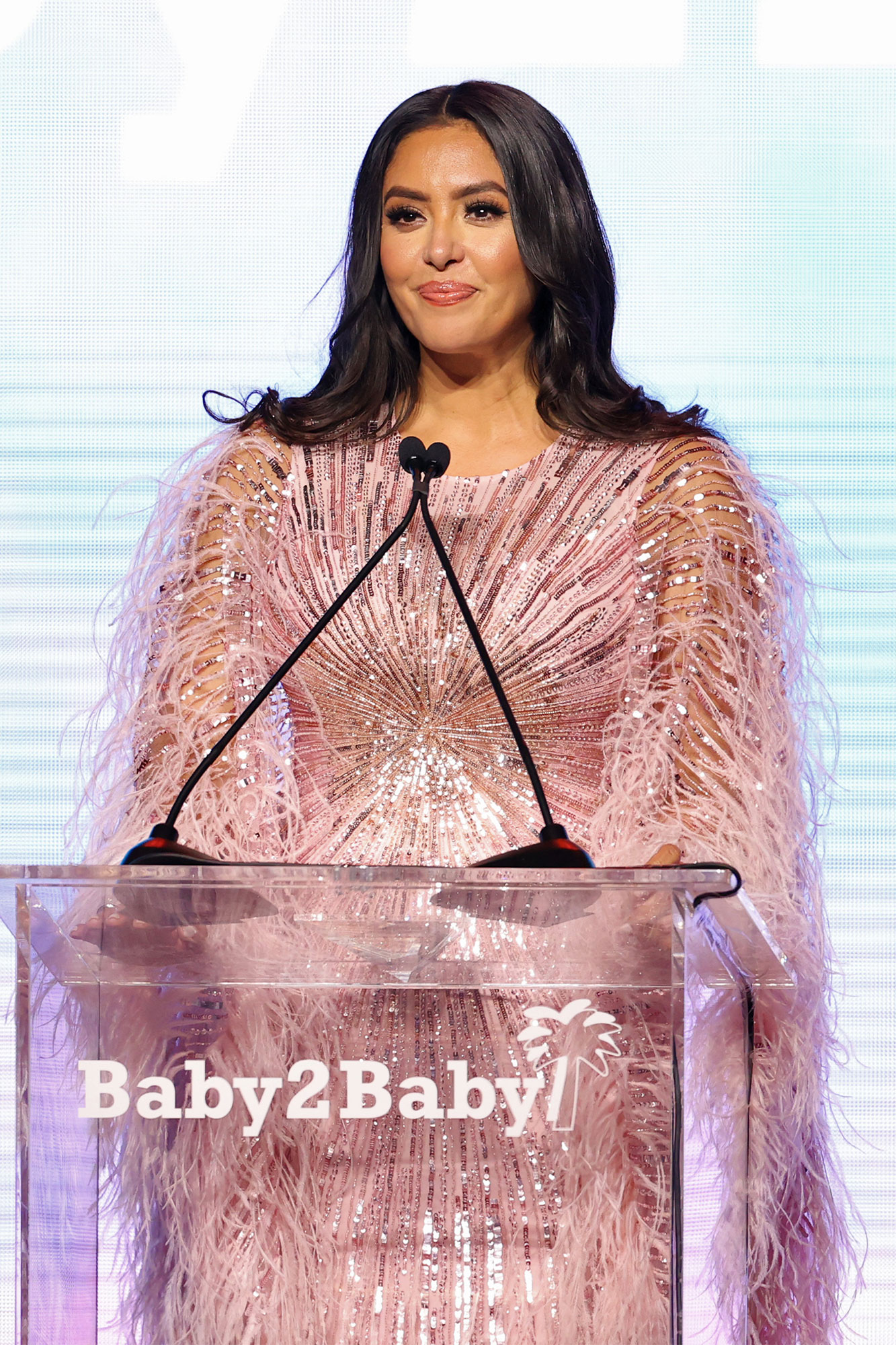 “I want to thank my husband Kobe and my daughters Natalia, Gianna, Bianka and Capri,” Bryant said accepting the award. “Without your love and support, I wouldn’t have this strength to be here this evening. I love you.”

Gianna also passed away in the January 2020 helicopter crash that killed the Lakers legend.