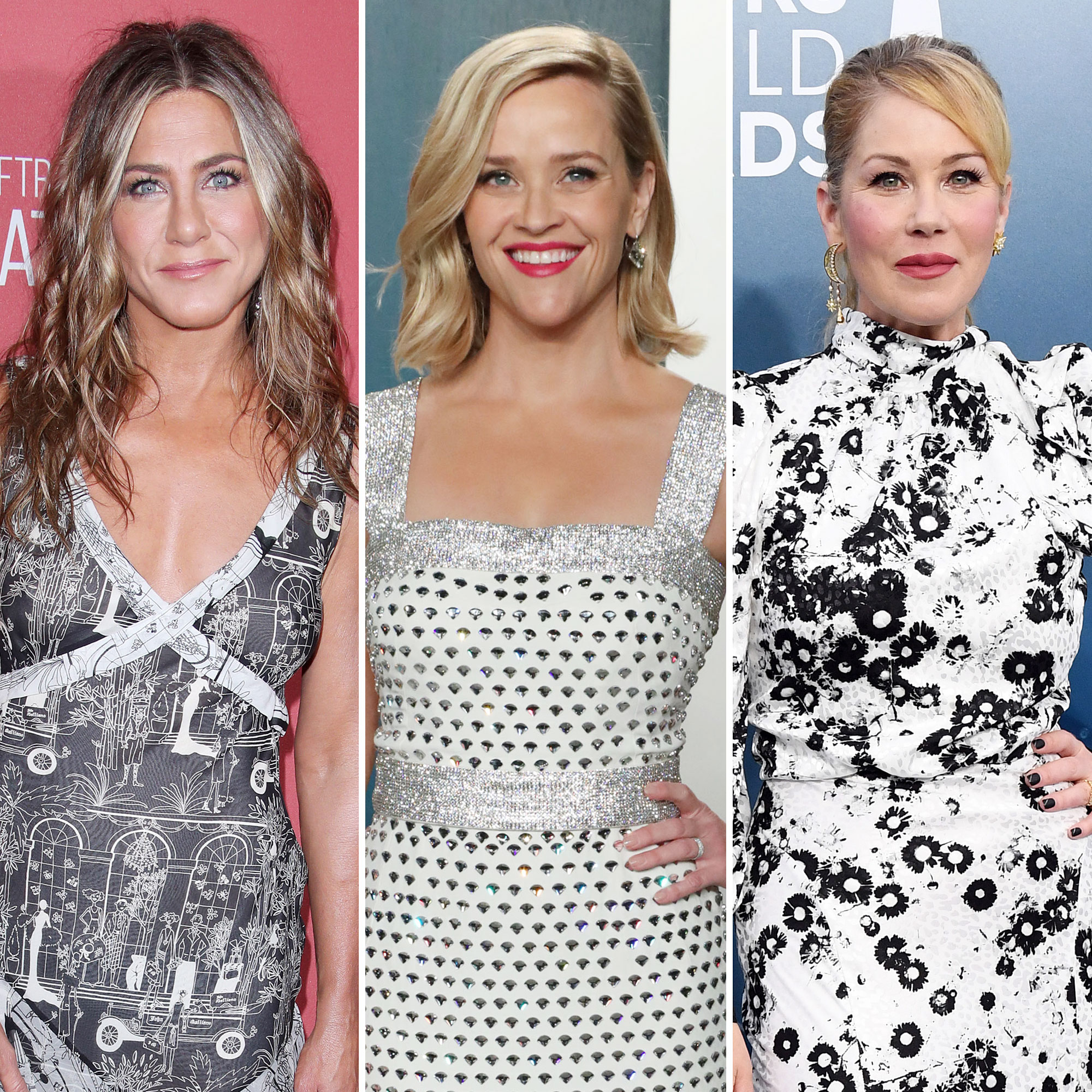 Another reunion! Jennifer Aniston and Reese Witherspoon are already working on The Morning Show together, but the costars wouldn’t mind bringing someone else from their Friends days to their current series.

“We need Christina Applegate to join us,” Witherspoon, 45, told Entertainment Tonight on Wednesday, September 15. “That would be fun.”

Aniston, 52, agreed, adding, “We should do something like that.”

Witherspoon and Applegate, 49, played Jill Green and Amy Green, respectively on the beloved series. The Legally Blonde star appeared on the hit show in two episodes in 2000.

Meanwhile, the Dead to Me star played her scene-stealing character, Amy, alongside Aniston in two episodes from 2002 until 2003. Applegate went on to win an Emmy Award for Outstanding Guest Actress in a Comedy Series for her performance.

The Married … with Children alum previously opened up about scoring the award for her take on Rachel Green’s out-of-control sister.

“It was shocking that I was nominated for the episodes I did because it honestly didn’t feel like work,” Applegate told Today in 2019. “And it didn’t feel like I was doing anything special in any way. I was just having so much fun. I really was in shock when that happened. It was one of those moments of, like, ‘Why … What, me?’ Like in Sixteen Candles when she’s like ‘Me?’ And he’s like, ‘Yeah, you.’ That’s how I felt when they said my name.”

The California native, who thinks Amy would be “highly successful and childless” these days, detailed how she realized that Friends would be such a beloved show.

“I remember talking to Marta [Kauffman] about Friends. And this was while we were working on Jesse. And she said the stars just aligned,” she recalled to Today. “You had these six people who were just the most perfect actors for these parts, relatable, and they’re so funny. And it doesn’t often happen where everything works. Plus, it’s just a great show. It’s got heart, it’s funny.”

The Friends cast recently reunited for an HBO Max special that brought the leads together for the first time on screen since the May 2004 finale. Although Witherspoon didn’t make an appearance during the May reunion special, she did end up watching it at home.

“It was so moving. I found it so emotional. I cried three times watching you guys,” the Little Fires Everywhere actress shared on Wednesday. “It reminds me of a time in my life. You all lived it, but we watched it. It was important to me.”

‘Friends’ Reunion Best Moments: Secret Crushes, Celeb Cameos and Where the Characters Would Be Today

The Just Go with It star noted her own reaction to rewatching scenes of her and Witherspoon sharing the screen on Friends.

“Going back and watching Reese, like, the clips of Reese and myself in the day, we were such babies ourselves,” Aniston told ET. “We were so cute. Who knew that our whole lives were sort of ahead of us? It’s just crazy to think from there, here we sit.”