Former MLB star Jim Edmonds says he was really thrown a curveball when he learned his ex-wife was marrying President Joe Biden’s nephew, according to a new interview.

“I thought it was a joke,” the former centerfielder, 51, told The Daily Mail on Monday about his ex, “Real Housewives of Orange County” alum Meghan King. “They’d been dating for about four weeks!”

Edmonds, who has three kids with King, had a nasty split from the reality star in 2019, after five years of marriage.

He said that, despite their issues, King called to inform him of her whirlwind wedding.

“It was the first I heard anything about it,” he said, adding that he wondered to himself, “Is she pregnant? But is it even possible to know that just four weeks after the first date?”

The sports broadcaster claims once the news sunk in he felt numb towards it.

“Really I have no emotion on her wedding one way or another,” Edmonds said. “It’s like a stranger getting married. I have no connection to her.”

However, Edmonds’ older daughter from a previous marriage, Hayley, appeared to throw shade at King in a social media post made a few days before she wed Biden relative, Cuffe Owens, 42. 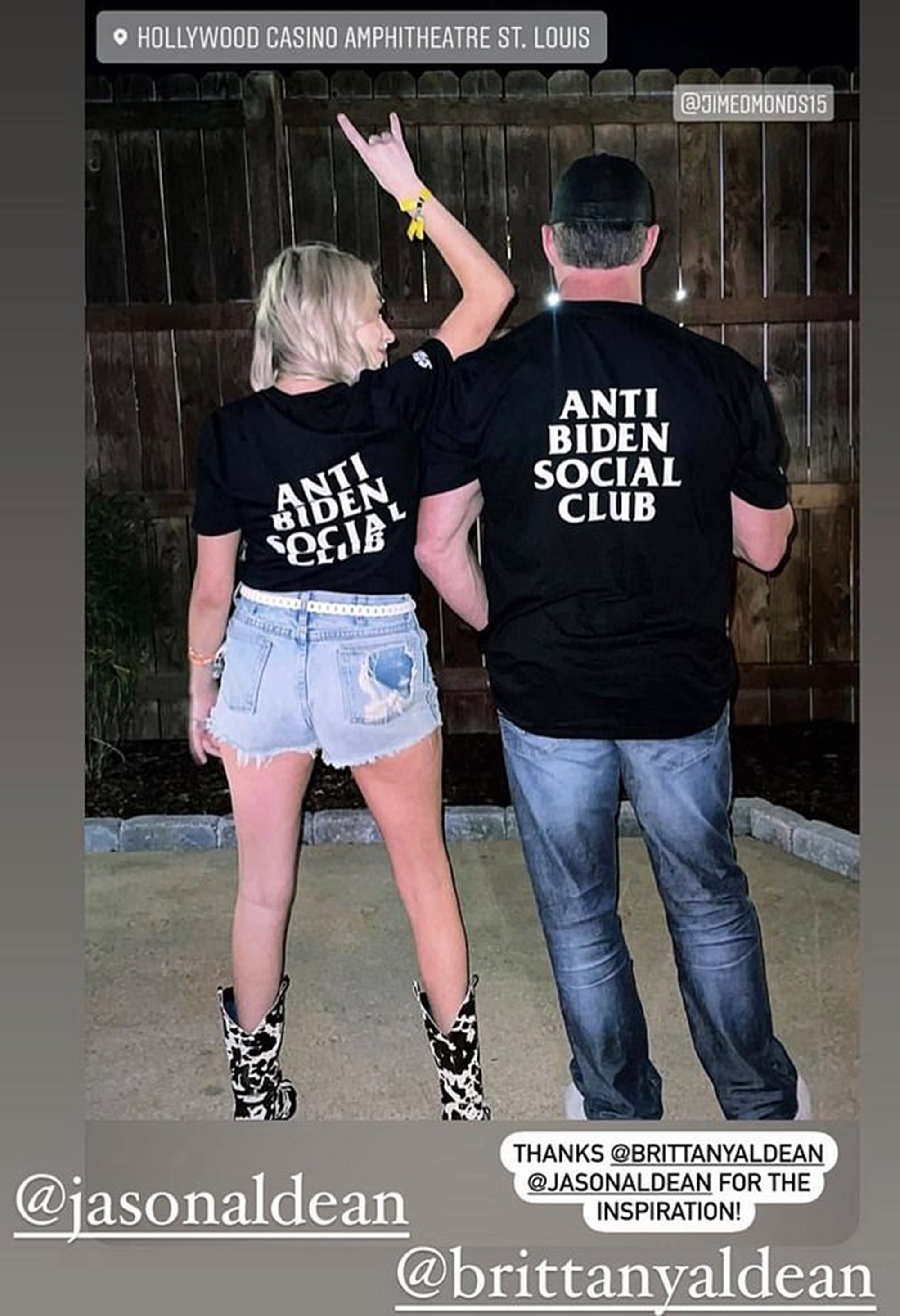 The image showed she and her dad wearing T-shirts that said, “Anti Biden Social Club.”

Edmonds and King’s relationship ended amid cheating allegations. The couple finally called it quits in November 2019, after police were called over a heated argument during a custody exchange.

Their bitter divorce was then finalized this May, but they will still have to co-parent as they share 4-year-old daughter, Aspen, and 3-year-old twins Hart and Hayes. 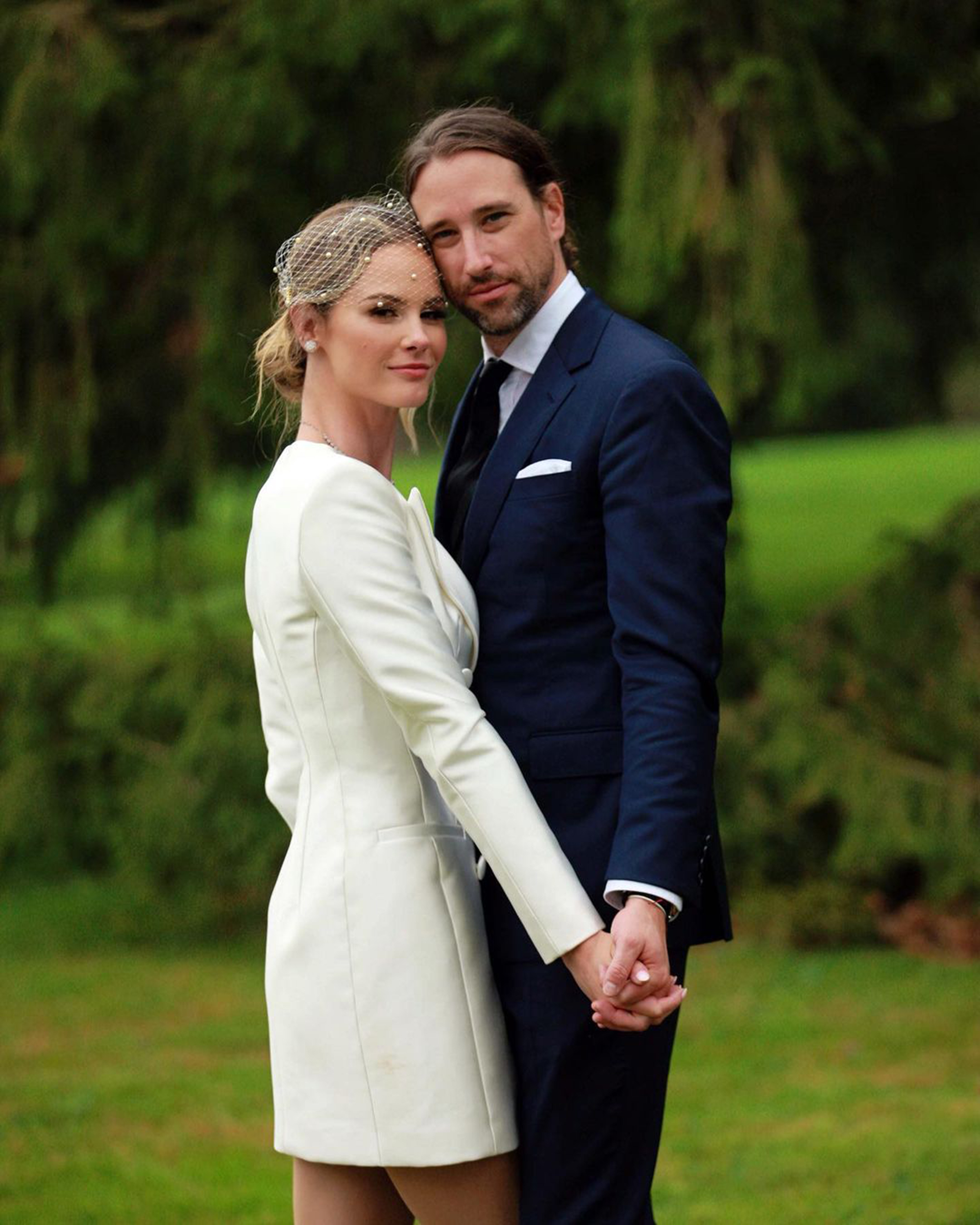 Edmonds has also found a new relationship. He got engaged to former Playboy model Kortnie O’Conner in August, after a year and a half together.

“I have no interest in getting dragged back into the negative narrative she’s pushed and all the false information she’s put out there,” Edmonds told The Daily Mail on Monday. “It’s why we’ve really kept our opinions to ourselves on this.”

King did not immediately return Page Six’s request for comment.

Meanwhile, the reality star appears to be enjoying her time as a newlywed, spending time with her new husband on their honeymoon in Montana. 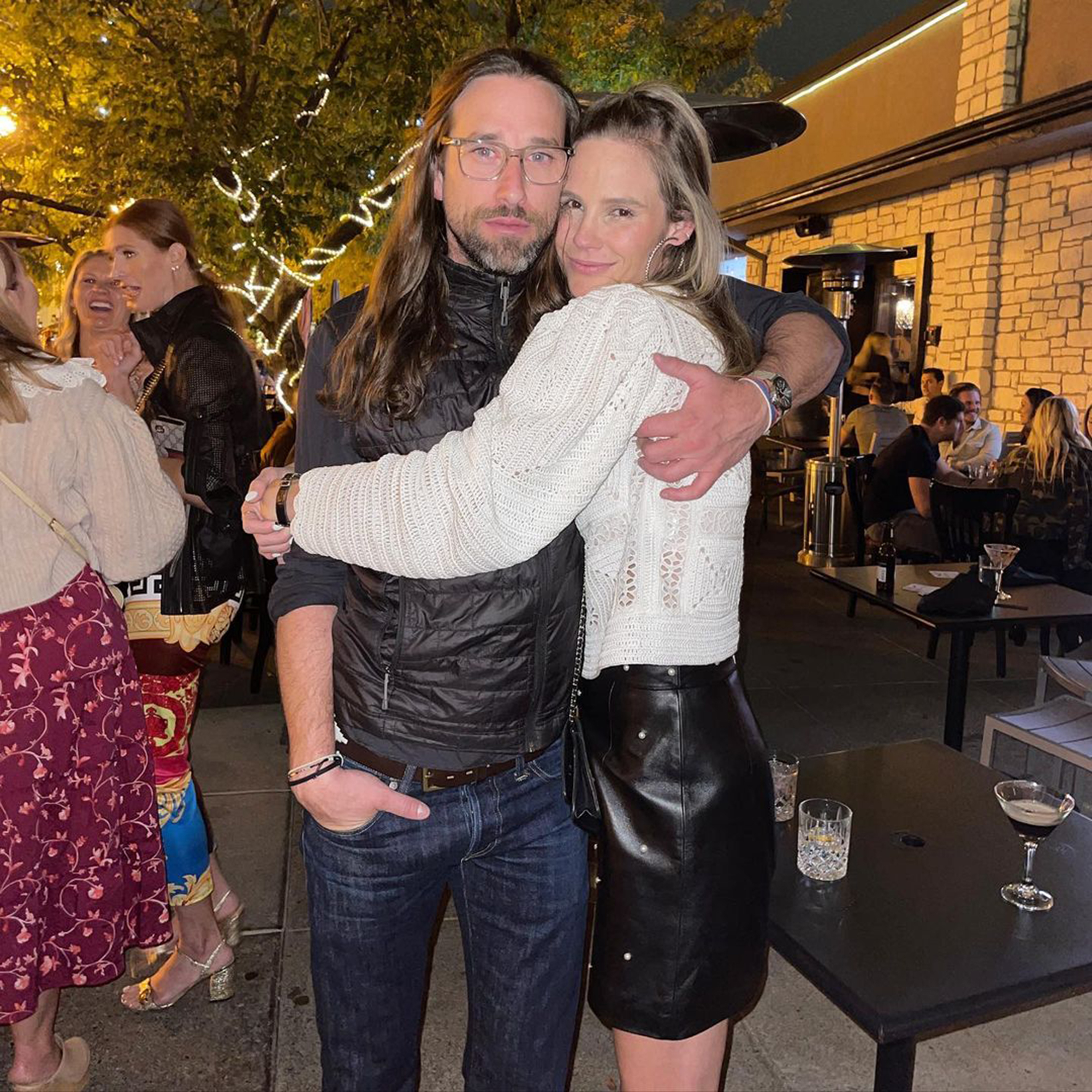 She captioned a pic of herself while holding a cup of coffee over the weekend, “Out here in the woods living my best life.”

The former “RHOC” star revealed hours after her and Owens said “I do” why their relationship moved so quickly and said they “just knew.”

The couple said in a joint statement to Brides magazine of what a wedding should be, “Don’t let anyone make it about anything other than your love for each other and the commitment you’re making to each other. And, do it on your terms. If you’re lucky enough to have two families that ‘get it’ like we do, you’ve got everything you need.”

Aside from Edmonds, King was also previously married to her University of Mississippi classmate Brad McDill from 2007 to 2011.

Edmonds has been married three times and O’Conner will be his fourth wife.