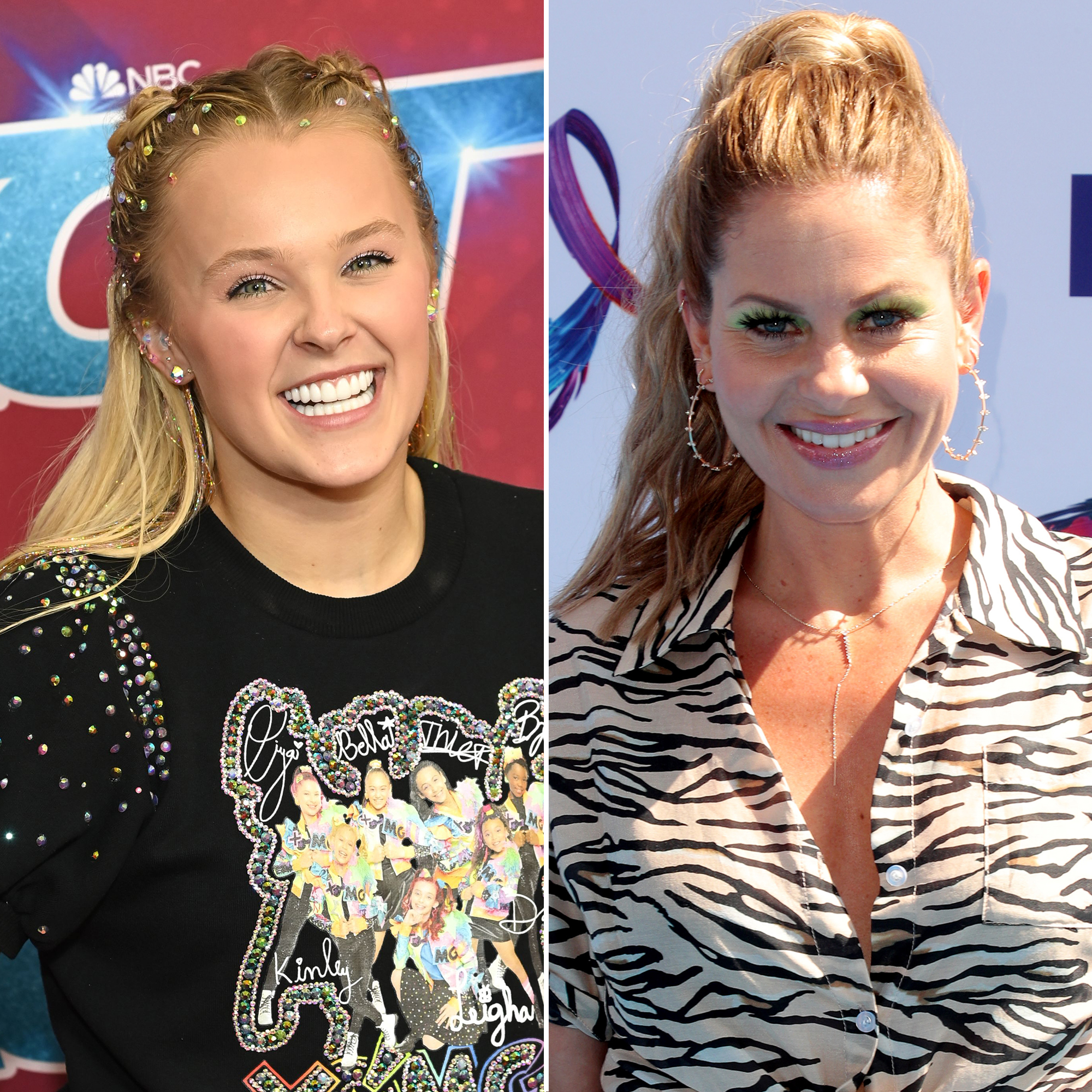 Not backing down. JoJo Siwa doesn’t regret calling Candace Cameron Bure “rude and hurtful” for her “traditional marriage” remarks — and she doesn’t anticipate a reconciliation in the future.

“We have not [talked], and I don’t think we ever will again,” the Dance Moms alum, 19, told People on Sunday, November 20, adding that she’s “learning that I have a chance to use my voice, use my platform for something good and to change the world for the better.”

The dancer noted that the Full House veteran, 46, is entitled to her personal beliefs, but doesn’t think it’s OK for Cameron Bure to “purposely exclude” people from her Great American Media content because of them.

The drama began last week when Cameron Bure detailed her move from Hallmark to Great American Media in an interview with The Wall Street Journal‘s WSJ. Magazine. When asked about the possibility of the network featuring same-sex couples in its films, the Fuller House alum said, “I think that Great American Family will keep traditional marriage at the core.”

The remark was met with immediate backlash from celebrities including Siwa, who previously identified Cameron Bure as the “rudest celebrity” she’d ever met while participating in a TikTok trend. The California native then reached out to the Masked Singer alum to clear the air, and the duo seemingly reconciled.

After Cameron Bure’s “traditional marriage” comment, however, Siwa was quick to condemn the former Hallmark star.

“Honestly, I can’t believe after everything that went down just a few months ago, that she would not only create a movie with [the] intention of excluding LGBTQIA+, but then also talk about it in the press,” the Dancing With the Stars alum wrote via Instagram earlier this month. “This is rude and hurtful to a whole community of people.”

Jodie Sweetin, who starred alongside Cameron Bure on Full House, seemingly chimed in with her thoughts in the comments section, writing: “You know I love you.”

Candace Cameron Bure’s Most Controversial Moments Through the Years

Cameron Bure, for her part, addressed the controversy two days after the WSJ interview appeared online. “All of you who know me, know beyond question that I have great love and affection for all people,” she wrote in a lengthy statement shared via Instagram on Wednesday, November 16. “It absolutely breaks my heart that anyone would ever think I intentionally would want to offend and hurt anyone.”

The former View cohost didn’t address any of her celebrity critics by name, but she referred to “those who hate what I value and who are attacking me online” and “those who have tried to assassinate my character.”

She also claimed that her original comments were taken out of context. “I have long wanted to find a home for more faith-based programming,” she wrote. “I had also expressed in my interview, which was not included, that people of all ethnicities and identities have and will continue to contribute to the network in great ways both in front of and behind the camera, which I encourage and fully support. I’ve never been interested in proselytizing through my storytelling, but in celebrating God’s greatness in our lives through the stories I tell.”