Ahead of his performance, Justin Bieber walked the red carpet with the always stylish Hailey Baldwin at the GRAMMY Awards. The two packed on the PDA for cameras!

Justin Bieber, 27, and Hailey Baldwin, 25, were the most stylist couple on the GRAMMY red carpet! All eyes were on the Biebers as they owned the event, which as moved to Las Vegas, Nevada this year from the usual host city of Los Angeles. The hot young couple shared a steamy kiss on the red carpet as they posed on the carpet, looking so in love. 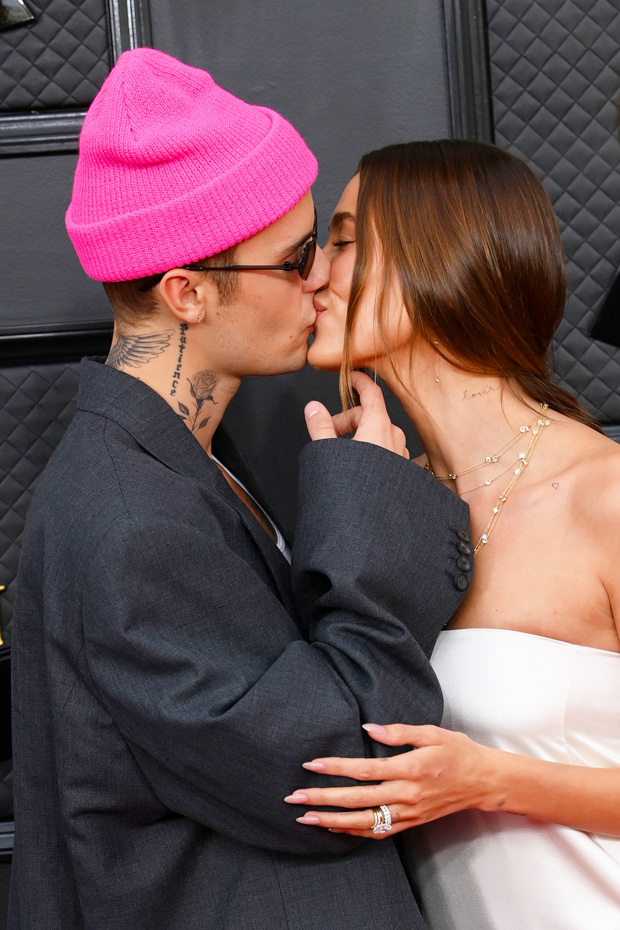 Supermodel Hailey looked gorgeous in a ’90s inspired strapless slip style dress with a small train in off white. She added simple layered necklaces to the demure look, keeping her brunette locks back in a simple, short braid. Meanwhile, Justin embraced his music-meets streetwear style with a cool look of his own. The Drew House founder rocked a hot pink beanie, paying homage to his Canadian roots. The rest of his look was casual-meets-90s with a simple whit tank or t-shirt under an oversized black blazer and pants, as well as Croc X Balenciaga boots. 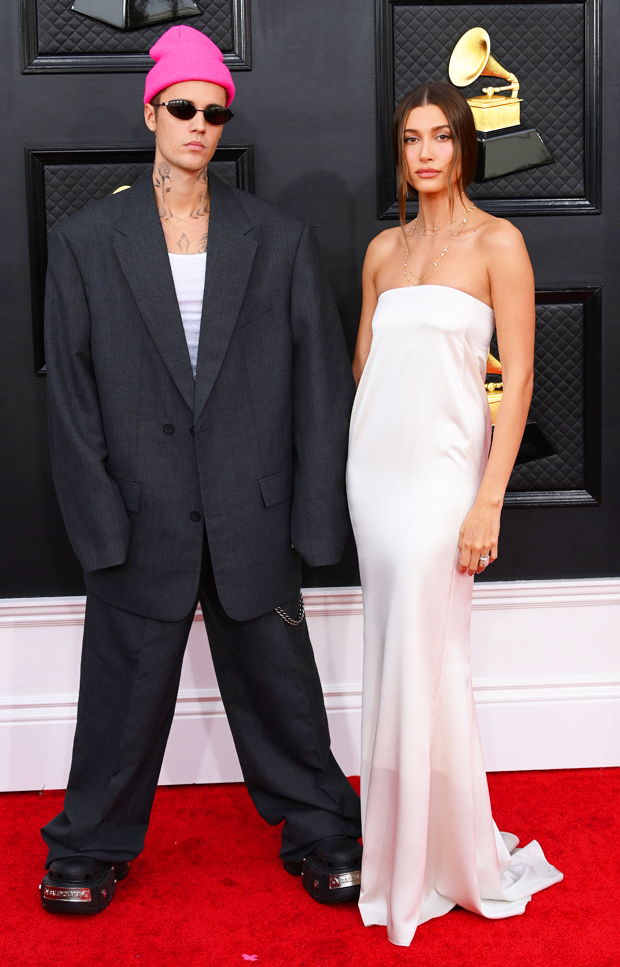 The 2022 GRAMMY Awards are a big one for the Stratford, Ontario native, who earned nominations in several of the biggest categories of the evening. Justin is up for the coveted Album of the Year and Best Pop Vocal Album for Justice, which includes the tracks “Holy,” “Lonely,” “Hold On” and the groovy “Peaches.” The latter, featuring Daniel Caesar and Giveon, was also nominated in Song Of The Year, while “Peaches” is up for Best R&B Performance and Best Music Video.

Justin’s emotionally driven “Lonely” and “Anyone” also earned some nods: JB and Benny Blanco were nominated in the Best Pop Duo/Group Performance category for “Lonely,” while “Anyone” was recognized in Best Pop Solo Performance.

Notably, Justin is no stranger to The Recording Academy: the singer has been nominated for a slew of awards in the past, but has taken home trophy’s for 2016’s “Where Are U Now” and “10,000 Hours” with Dan + Shay. Justin has two GRAMMY Awards in total — unless he takes home more tonight!