The royals are spreading Christmas cheer, singing loud for all to hear.

Kate Middleton looked holiday-ready in a maroon coat dress with a matching clutch and pumps as she arrived at Westminster Abbey today for her second annual “Royal Carols: Together at Christmas” concert.

And her 7-year-old daughter, Princess Charlotte, looked every inch her mom’s mini-me in a double-breasted burgundy coat of her own — which she wore with navy tights and shoes, the better to complement brother Prince George’s and father Prince William’s matching dark blue coats and trousers.

The only real difference between the two princes’ looks were their ties: William, 40, opted for a merlot-colored accessory that matched his wife’s look, while 9-year-old George went for a striped navy number. 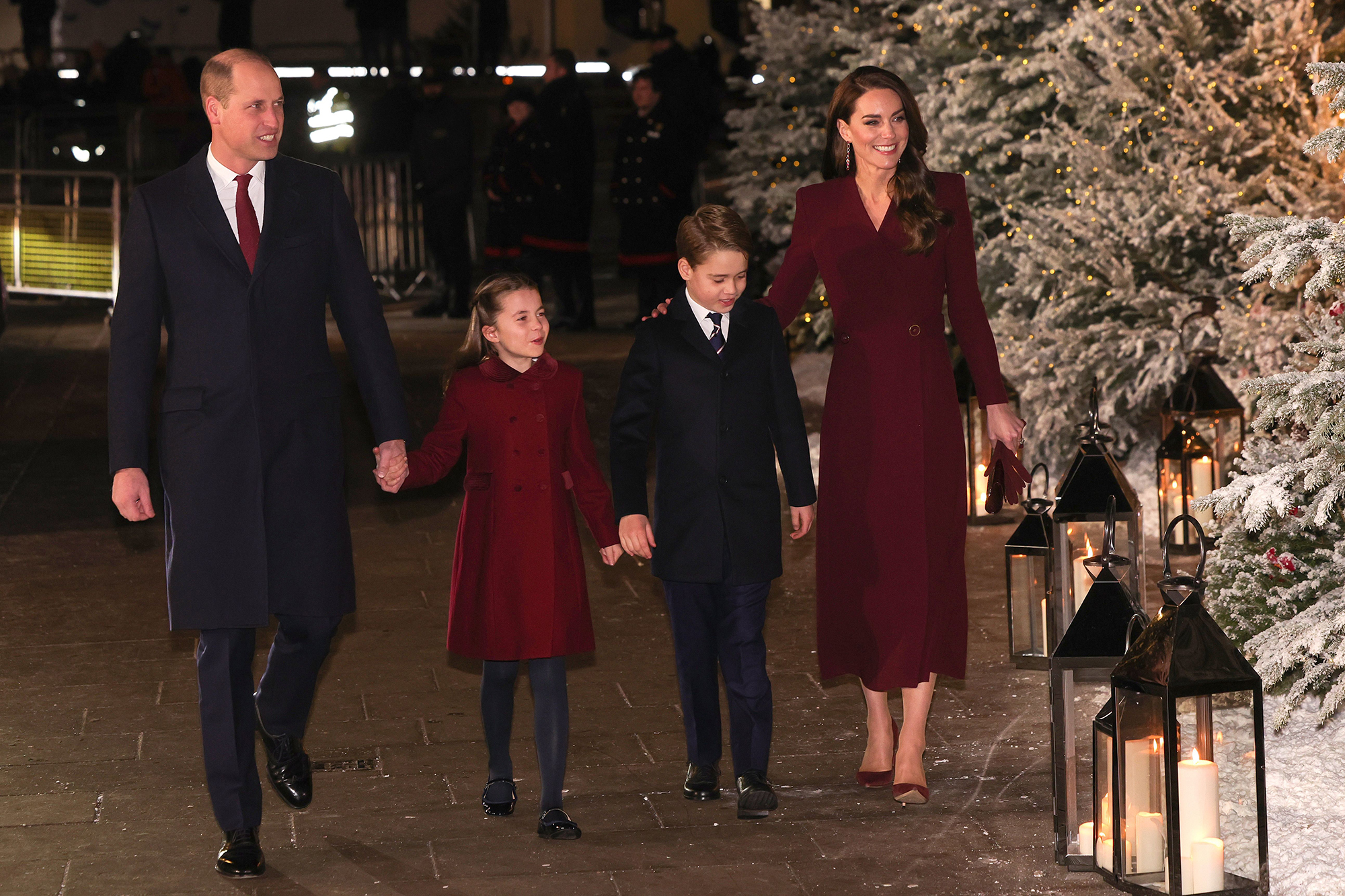 At the performance, which honored the late Queen Elizabeth II, Queen Camilla layered a white collared coat over a leopard-print dress, Princess Beatrice opted for a plaid trench and Princess Eugenie similarly went the patterned route in a brown double-breasted houndstooth coat. 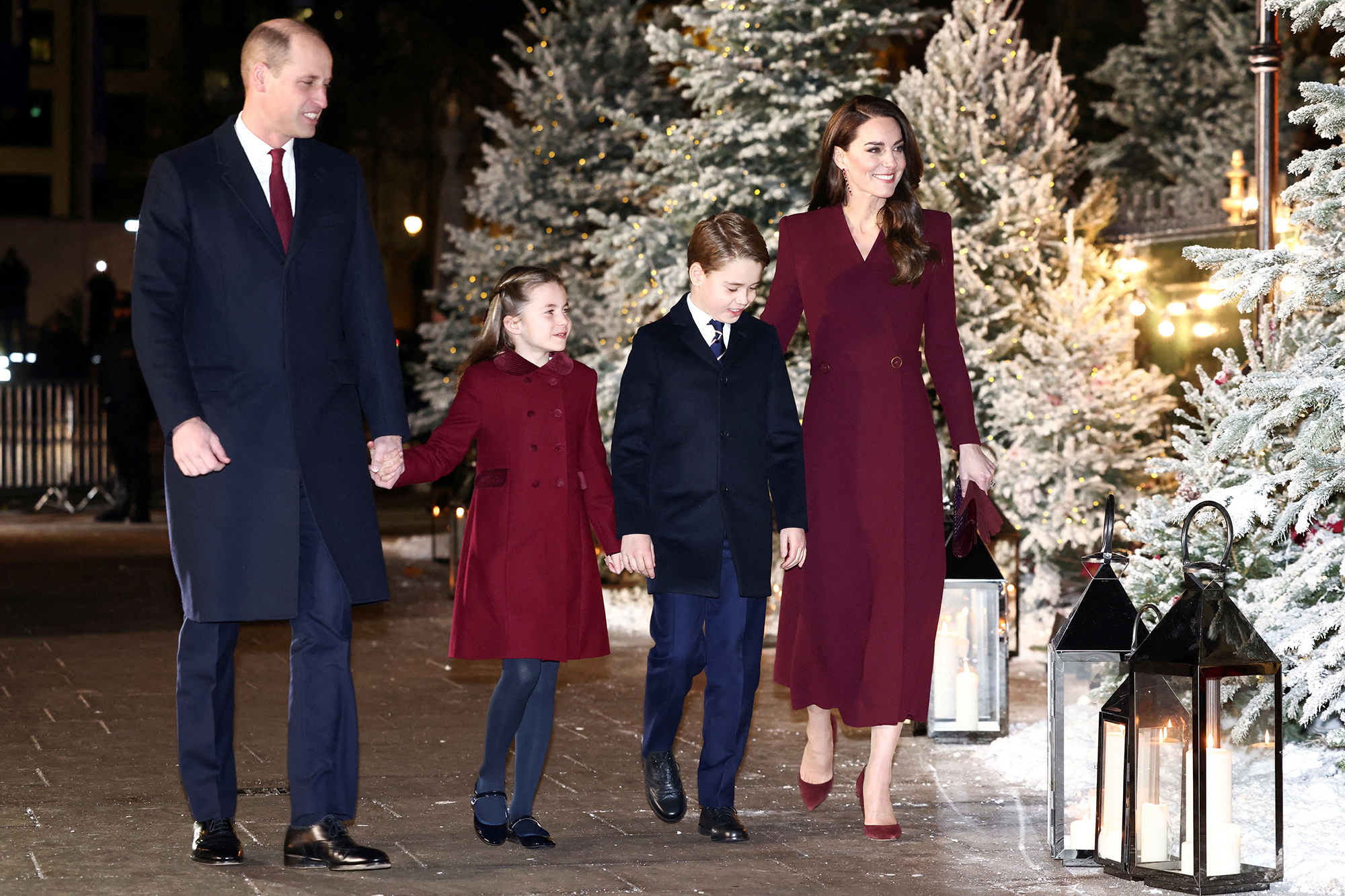 At last year’s event, the Princess of Wales played the piano during a moving performance with singer Tom Walker titled “For Those Who Can’t Be Here,” and royal fans are hoping to see another musical appearance from Middleton when the concert is televised next Saturday.

As for her holiday-ready outfit, we’re sure Her Majesty would have approved.