Katie Price’s relationships: who has the mother-of-five been romantically linked to following toy boy rumours

Katie Price wears her heart on her sleeve. The model and mother of five has already taken the next step with her boyfriend of a week, Charles Drury, according to reports.

Apparently, her new toyboy is an electrician and has quit his job to move in with Katie, 41, in her mansion in Horsham. This news comes a week after her former fiancé, Kris Boyson, announced that the couple had split.

Posting to his Instagram account, he wrote: “This wasn’t an easy decision for me to make, however Katie Price and I are no longer together. It’s just clear we both want different things. Who knows what the future will bring, but I wish her all the best.”

However, this is not the first scandal in the sought-after model’s love life. Here, we take a look back through the years at her all her past relationships…

Katie left her first boyfriend for footballer Teddy. However it wasn’t to last between the model and former England player; they ended things after the papers found out.

Warren is an ex-Gladiator who went by the name of Ace. He proposed to the 19 year old beauty soon after meeting her, but they called it off after two years.

Katie had a brief fling with German racing car driver, Ralf, who is the brother of Michael Schumacher.

During her appearance on Celebrity Big Brother in 2011, Katie said: “He was the only guy who completely taught me about having your heartbroken.” In 2016 she also told a crowd of people that Dane was “the love of my life” during a speech when she reunited with her ex at a Christmas party.

Apparently his friendship with Victoria Beckham was the cause of the split, however Dane gives another reason: “At the time I was quite jealous. She stopped doing all the nudie shoots, the really naughty things. Then she did one just to spite me and I said if you do it I’ll leave you and she did it.”

The Loose Woman panellist met Dwight in a London club and they ended up dating for year. The former Aston Villa footballer is the father of Katie’s first child, Harvey, who is autistic, partially-blind and has Prader-Willis syndrome.

Dwight has been a totally absent parent to Harvey and has even disputed that he is his father. According to Katie he only spoke to his son on his tenth birthday after her mum called his manager.

In her autobiography Love, Lipstick and Lies, Katie wrote: "It’s such a shame. All I can say is that he is missing out on a very special little boy. Personally, I think he is scared of seeing Harvey… Dwight should try. He would get so much love in return."

The same year that singer Gareth Gates came runner up on Pop Idol, he also started dating Katie. In fact, he lost his virginity to the buxom blonde.

While Katie was happy to tell the world about her and Gareth, he denied the whole thing. But recently he said of the affair: “I don’t regret sleeping with Jordan. It was an amazing time. I wish I hadn’t lied about it though.”

He added: “At the end of Pop Idol I did have a brief relationship with Jordan. I was 17 years old… I was pursued by her. I was bemused as to why she went to the press as I see relationships as private."

Gareth continued: "I shouldn’t have denied it, but I did. I was naive. But I have learnt a lot from this experience." He took a break from the spotlight shortly after the news broke of their affair.

The busty businesswoman dated Scott, the son of a multimillionaire, but they called it a day when she went into the jungle on I’m A Celebrity… Get Me Out Of Here, where she met husband Peter Andre.

The nation watched their romance blossom on I’m A Celeb, before they wed in a huge ceremony, covered exclusively by OK! magazine. They went on to have two children together; Princess Tiaamii Crystal Esther Andre and Junior Savvy Andreas Andre.

When Peter filed for divorce from Katie in 2009 she was shocked, saying: “When Pete left me, I was devastated and I went out drinking and partying.

"It was my way of melting down – I felt like everyone hated me and none of it was my decision. My life fell apart.

She added: "I never wanted a divorce from Peter. That was his decision, not mine. "

She added: "He’s never, to this day, told me the reason why. We don’t speak. Too much has gone on. I’ll never speak to him again."

The couple have since gone on to make up, though, and co-parent their children together.

Katie and the crossdressing cage-fighter Alex, met at Michele Heaton’s 30th birthday and soon after eloped to Las Vegas to get married.

Alex blames Katie for telling the world about his alter-ego Roxanne saying: “The only reason people know about Roxanne is because she exposed me at her book launch”

Katie was in a short relationship with Danny in 2011, but ended things when she caught the rugby star in bed with another woman. In her book she described the moment she walked into his bedroom and saw her lover having sex.

"’Hiya,’ I said — sounding calm even though I felt anything but. "’Danny,’ I said, sounding more together than I was feeling, ‘I want you to know that I forgive you, but I never forget.’" 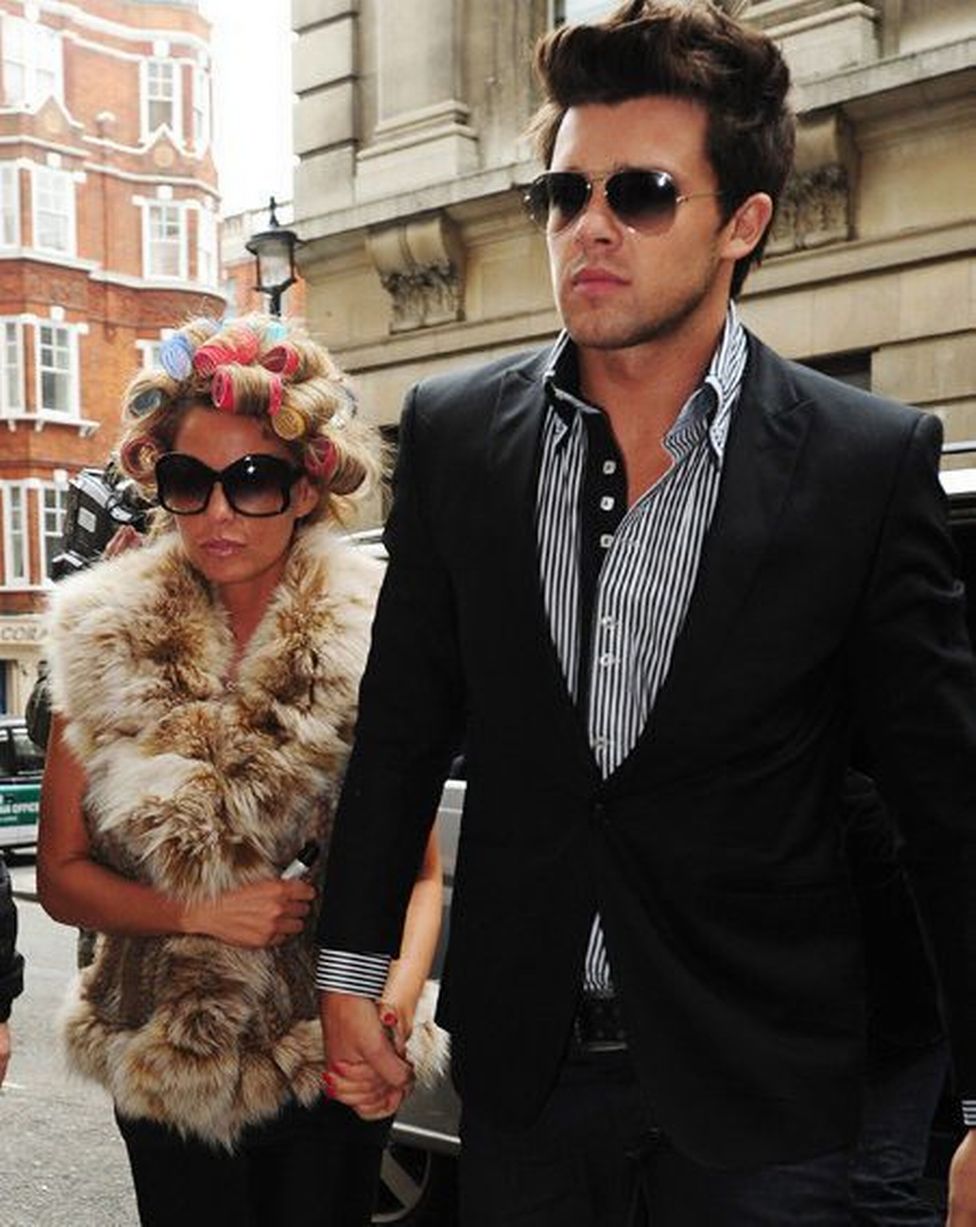 Argentinian model Leandro dated Katie twice over the space of two years. However it is is thought they split due to language barrier issues as, reportedly, they had to use Google Translate to communicate.

After a characteristically whirlwind romance, Katie and Kieran got married in the Bahamas and then had two children: Bunny and Jet.

However, it was not happily ever after, with Kieran embarking on affairs with two of Katie’s friends. Even after the model forgave him under the condition he underwent therapy for sex addiction, he allegedly had another affair with the nanny.

They pair are still not officially divorced.

Katie dated Kris on and off for over a year. The 30 year old personal trainer proposed to her a few months ago and even had her children, including Harvey, calling him daddy. However, it was not meant to be and the couple broke up in late August.