Kelly Ripa Jokes About Her Current ‘All Carbohydrate Diet’

Craving carbs! During an appearance on Jimmy Kimmel Live! on Wednesday, July 15, Kelly Ripa noted that her eating regimen has undergone quite a dramatic shift since the start of the coronavirus pandemic.

“I eat solid food, I am not on an all-liquid diet. I’m on an all-carbohydrate diet,” Ripa, 49, joked to guest host Sebastian Maniscalco. “That’s what’s changed during the pandemic.”

Ryan Seacrest, who appeared on Wednesday’s show virtually alongside his Live With Kelly and Ryan cohost, noted that he’s been sticking to a decidedly different diet as of late. “4:30 is when the alarm goes off, but at 1:30, 2:30, 3:30, I wake up thinking it’s not going to go off, so that’s the schedule overnight,” the American Idol alum, 45, explained. 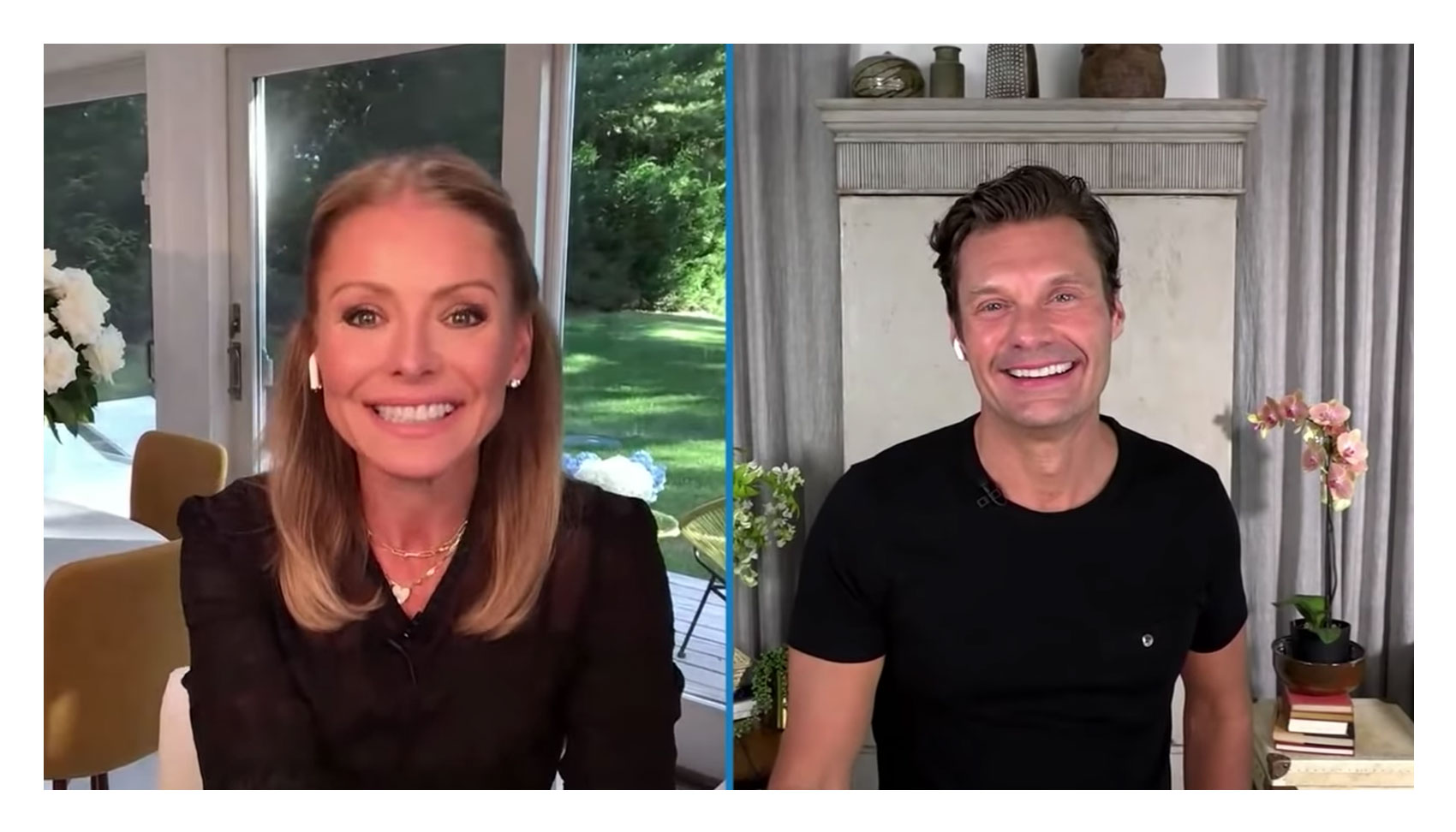 Seacrest, who mentioned that he sustains himself with a plethora of “different fluids” including matcha tea and a hibiscus drink, added: “Then it starts with a tea and two very strong coffees with nothing in it.”

“You basically drink everything I make fun of,” Maniscalco, 47, quipped.

The Keeping Up With the Kardashians producer agreed and said, “And for dinner, it’s a green juice.”

While their diets might differ, Ripa pointed out that she rises early just like her cohost, explaining, “I wake up at 4:30 east coast time just so I can suffer with him, just because I am codependent and can’t have him suffering alone.” 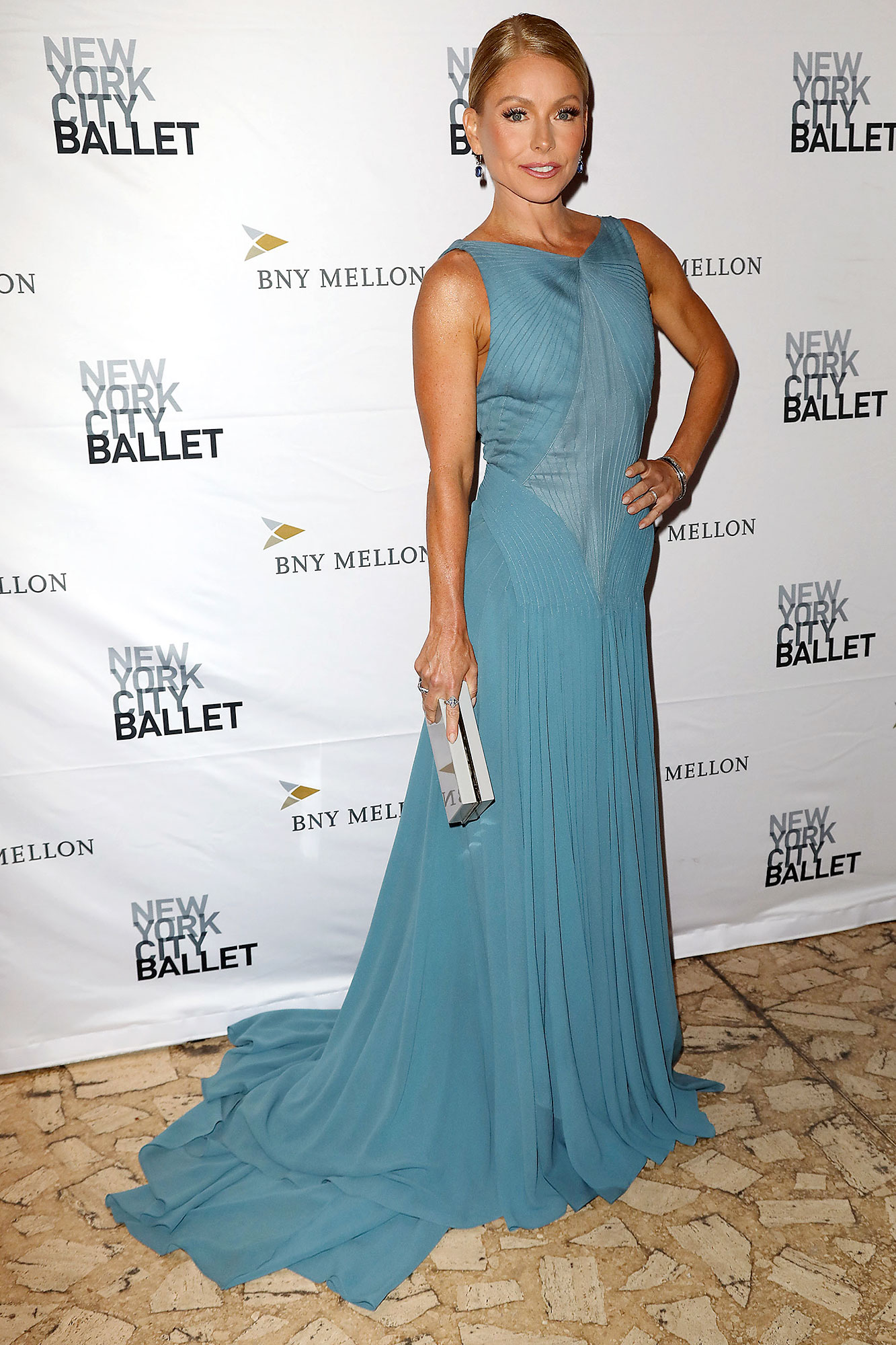 The All My Children alum then noted that the current plan is for her and Seacrest to be back in the studio in “some way” in September, though that may change given the nature of the ongoing coronavirus crisis, which has kept the pair apart since March.

When the New Jersey native does eventually return to the studio, she joked that it won’t be in her usual attire, likely because of her recent carb-heavy meals. “I’m not coming back if I have to wear pants or bottoms of any kind,” she quipped. “I like this from the waist up thing that we’re doing, so I think we should build a studio where you can’t see what we’re wearing from the waist down. That’s the only way I’m coming back.”

Despite lighthearted remarks about what she eats, Ripa is known to stick to a very healthy diet. In March, she revealed to Harper’s Bazaar that she doesn’t eat any “chewing food” prior to filming Live each morning.

After the show, she blends an apple with almond butter and typically eats a big salad as her early lunch, followed by seasonal vegetables with a plant-based protein for dinner.

“I try not to have that many cheat meals, because cheat meals leads to a cheat lifestyle,” the Hope and Faith alum added at the time. “At my age now, I find that it takes too much effort to get ready, so I just stay ready.”