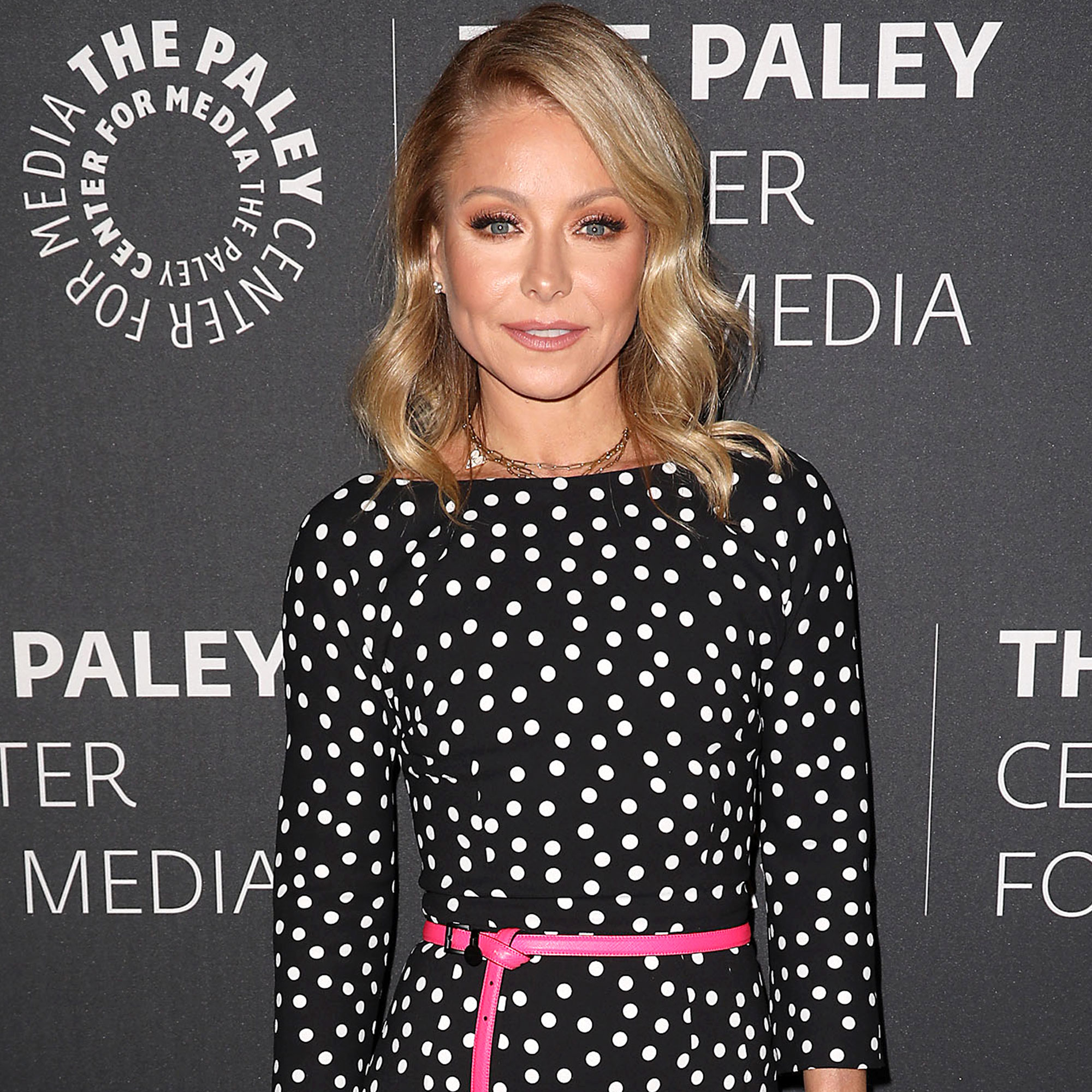 No filter needed? During Kelly Ripa and Mark Consuelos’ recent beach vacation, the pair snapped a smiling selfie from their lounge chairs, but the photo is under fire after one social media user called out the star for seemingly adding a filter to her fresh-faced-looking selfie.

The Live With Kelly and Ryan host shared a selfie with the Riverdale star, both 50, from the beach at sunset via Instagram on Tuesday, August 31. She captioned the pic, “Cheese and a baguette 🥖🧀🏖.”

Down in her comments, fans had a few questions for the daytime host. One perplexed Instagram user commented, “How is it you look 10 years younger Kelly?🤨.”

In response, another follower said, “As beautiful as she is it’s def a filter!💕”

Celebs Fight Back on Social Media

Ripa added her own comment after receiving said message. 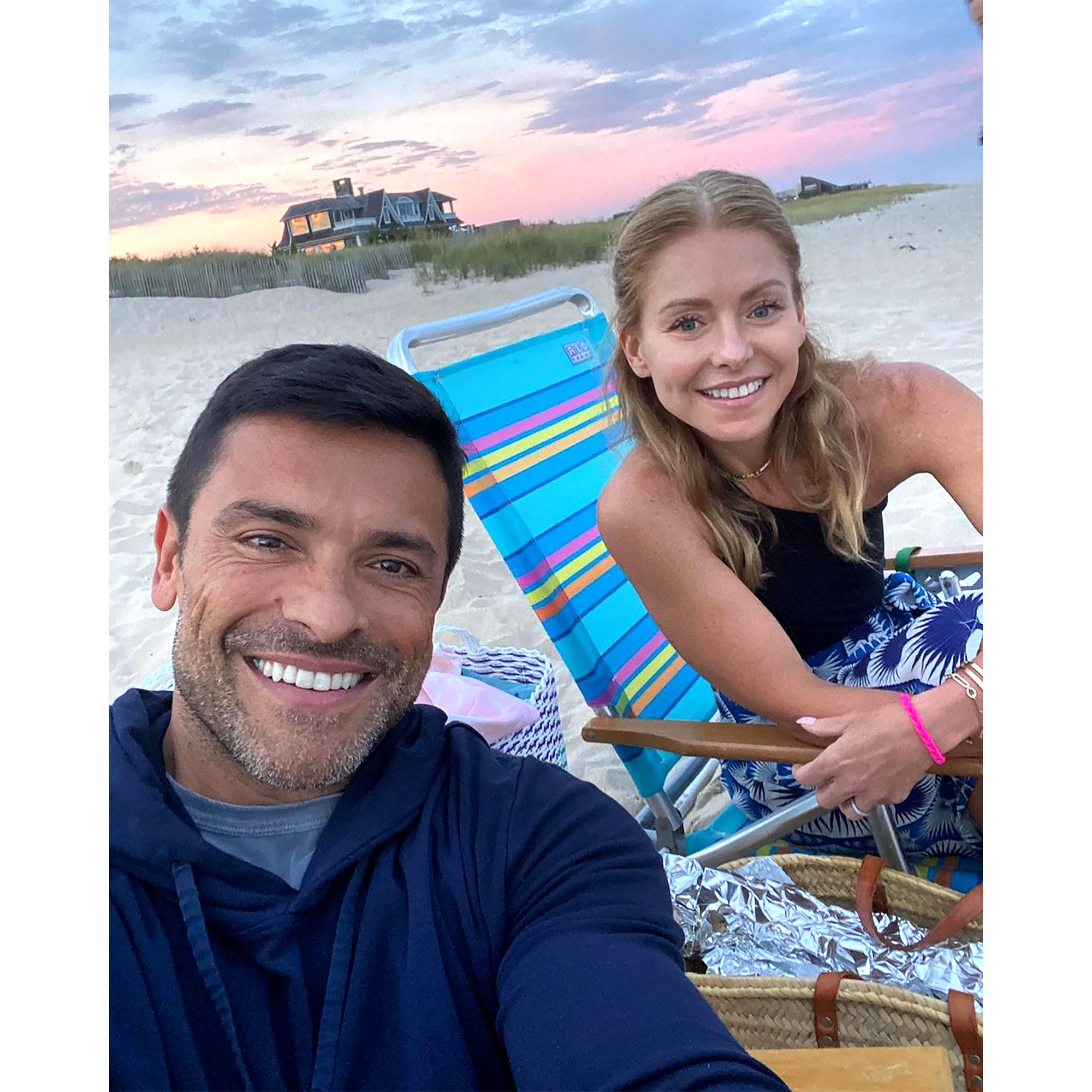 “If it was a filter i would look amazing,” she wrote. “It’s just the angle and sunset light.”

While the fan in question then claimed that Ripa’s effortless style had to be the result of a filter, other users were more complimentary towards the former soap star.

“You do look amazing,” one fan wrote at the time. “I know it isn’t a filter … you are just blessed and take great care of yourself, and it shows! ❤️”

Ripa’s friend Andy Cohen also commented on the photo, writing, “That’s a cute pic!” The All My Children alum replied to the 53-year-old Missouri native, writing, “@bravoandy it’s the angle 😂.”

The New Jersey native is no stranger to clapping back on social media. Two months earlier, she called out “weirdo” fans for noticing her foot appeared to be missing from a vacation snap.

“Last year’s graduation trip for our oldest son and niece was delayed long enough to become a graduation trip for the family newborns as well! 🇮🇹🇬🇷,” Ripa captioned an Instagram slideshow in July. In the pic, she posed alongside the Kingdom alum, their three children — Michael, 24, Lola, 20, and Joaquin, 18 — and other family members.

However, fans were quick to point out, “The picture looks awesome wheres your other foot Kelly?” one follower commented, while another joked, “This is crazy but where are your feet?”

Clapbacks Included! Kelly Ripa and Mark Consuelos’ Best Quotes About Each Other

Ripa later took to Instagram Stories to stand up to the critics. “Maybe I’m just jet-lagged, but can you explain to me why people are fixated on my feet in a family photo?” she explained in a video at the time.

“Well, obviously, I’m not because there it is in the other photos,” she said. “Could it be that I just crossed one foot over the other? … There’s another foot there, it’s just crossed over. You guys are weirdos. There, I said it.”

The Prince voice actor previously told Us Weekly in September 2018 that she enjoyed giving online trolls a “hard time right back.”

“He hates it but I love it,” she exclusively told Us about her husband’s opinion on the matter. “I try not to even focus on that kind of stuff, but once in a while it’s fun because I’m from New Jersey, so I don’t take any of that too seriously — if somebody gives me a hard time, I give them a hard time right back.”