Khloé Kardashian shows off her abs in sexy nude bikini

Khloé Kardashian won’t let her daughter get in the way of a primo photo.

The Good American co-founder shared more pictures from her beach photoshoot — and while her abs were the star of the first set, her daughter True stole the show in the second.

Wearing the same nude bikini top ($45) and bottom ($45) from her line, Khloé can be seen posing seductively in the sand while a completely unfazed True Thompson plays with some beach toys next to her.

“📸 ‘Just act like I’m not here’
Me…” Khloé jokingly captioned the series of photos.

Many of Khloé’s A-list friends and family commented on the former “Keeping Up With the Kardashian” star’s sculpted body.

“Can we work out together? Because I need these results 🔥🔥❤️‍🔥,” asked Simon Huck.

It remains unclear where these photos were snapped — but her hard work in the gym could not be clearer. 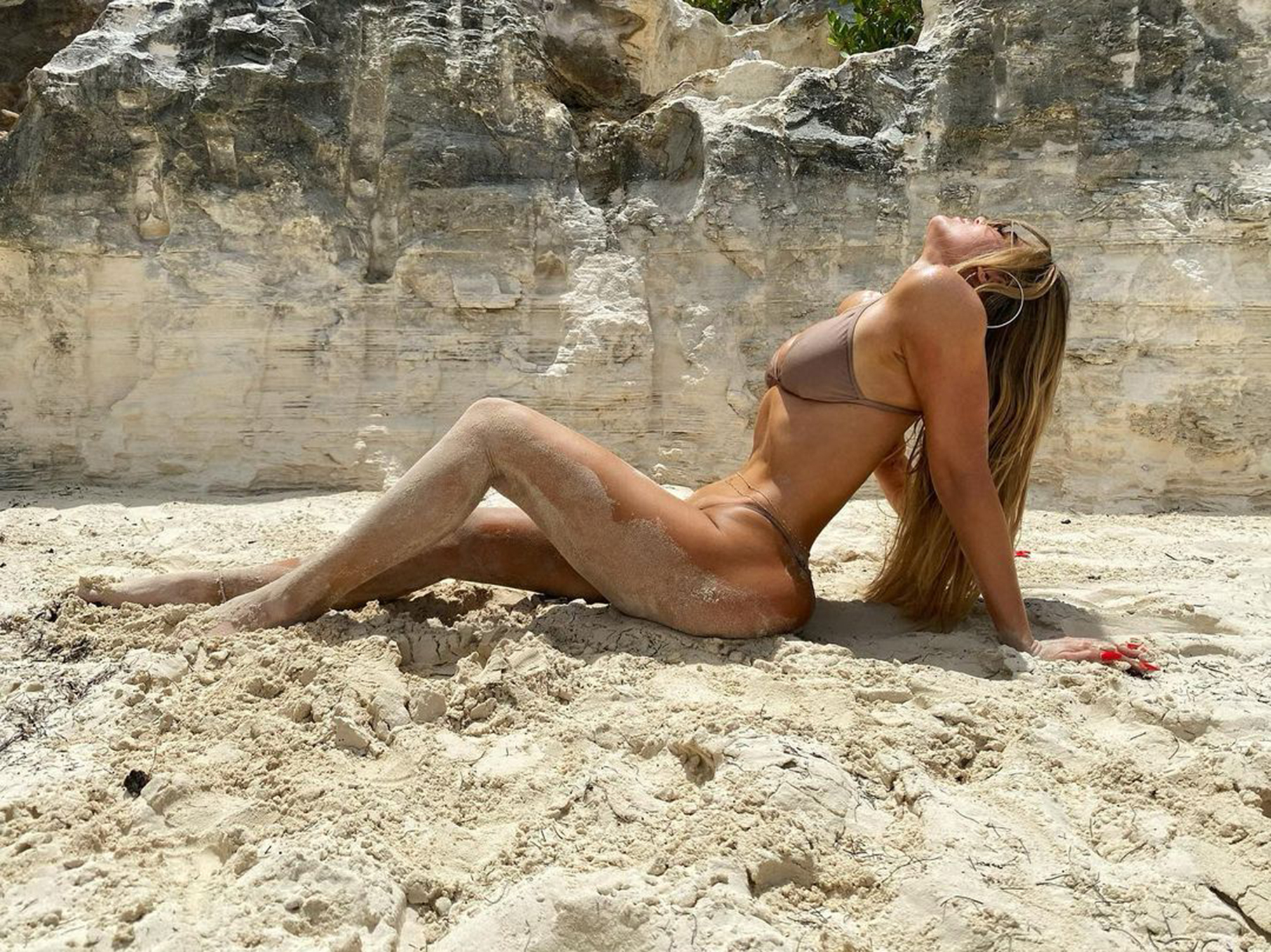 Khloé’s Good American ads have been making headlines as of late. One commercial for her clothing company was deemed so risqué, it wasn’t allowed to air on TV.

In her brand’s first-ever television ad, titled “Find the One,” the 37-year-old reality star rolls around in bed topless, wearing only a pair of the label’s high-waisted “Good Legs” jeans ($145).

“It’s just different this time,” she says, as sultry music plays in the background. “I feel good. I feel sexy. Like I don’t have to keep looking. I think I found the one.”