Home » Lifestyle » Kim K.'s Kids Get Woken Up by a Grammy-Winning Musician During the Holidays

Kim K.'s Kids Get Woken Up by a Grammy-Winning Musician During the Holidays

Merry and bright! Kim Kardashian started the most elaborate holiday tradition for her kids.

“Every morning during the month of December @philthekeys comes to play Christmas music on the piano to wake the kids,” the 41-year-old reality star wrote in an Instagram Story on Sunday, December 12, alongside a video of Grammy winner Philip Cornish playing piano beside her family’s huge Christmas tree.

The musician has previously collaborated with Kanye West, arranging several of the tracks on the Sunday Service Choir’s 2019 album, Jesus Is Born. 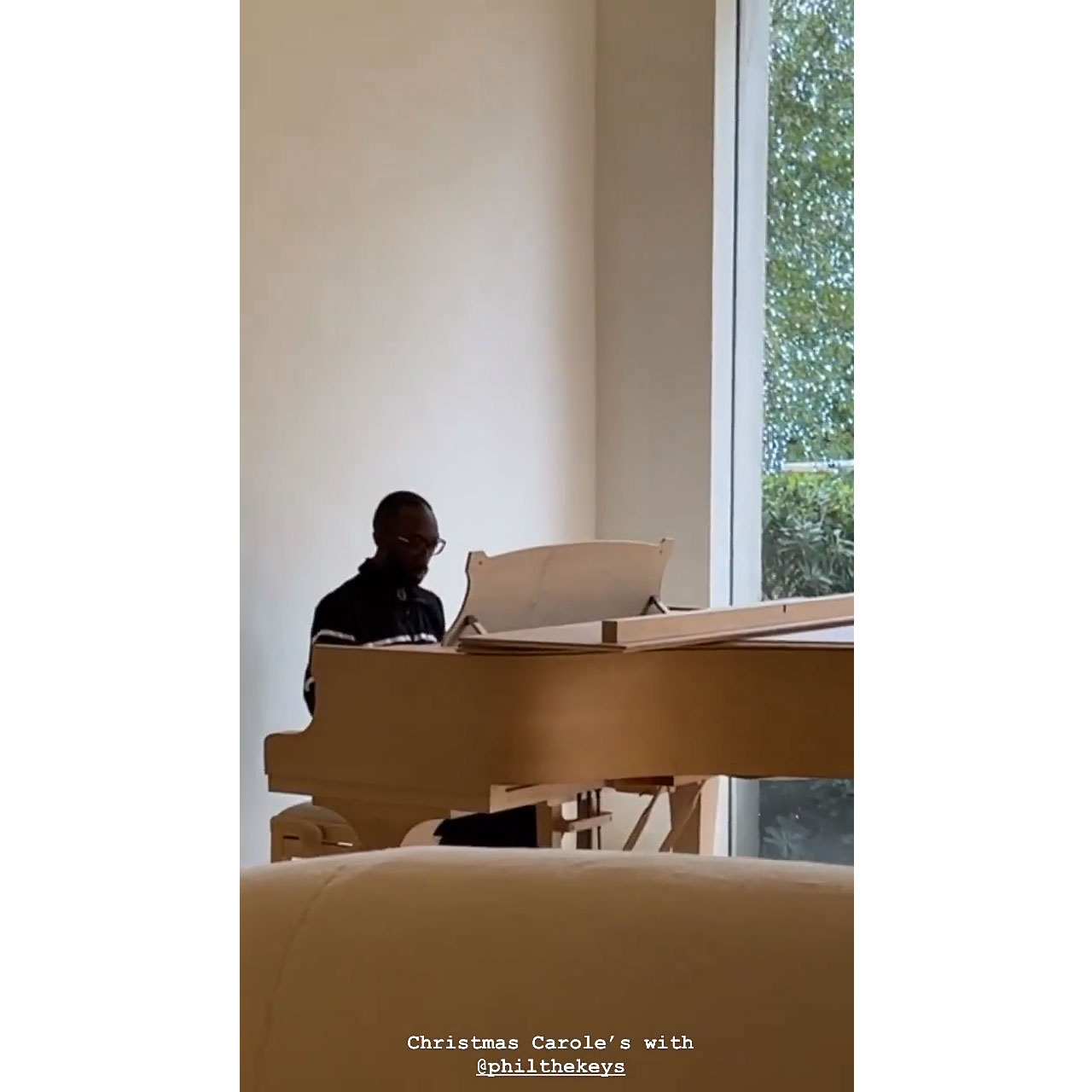 Kardashian shared another glimpse of her daily Christmas-themed routine on Monday, December 13, greeting Cornish with a “good morning” in an Instagram Story clip captioned, “Christmas Carole’s with @philthekeys.” The performer played Nat King Cole’s “The Christmas Song” as the Selfish author zoomed in on the glistening holiday decor in her living room.

Kardashian-Jenner Kids Celebrate 2021 Holidays: Elf on the Shelf and More

The California native’s four children — North, 8, Saint, 6, Chicago, 3, and Psalm, 2, whom she shares with West, 44 — didn’t make an appearance in the social media upload, which came shortly after Kardashian scolded her eldest daughter for going live on TikTok without permission while giving a tour of her home.

On Sunday, an Instagram fan account dedicated to the Kardashian-Jenners shared the TikTok clip, noting in the caption, “Why are the kids so funny😂😂.” North panned her camera around her bedroom before going outside to show a party being set up in the yard for the premiere of Sing 2. When she stumbled upon her mom lounging in bed, North got a stern response.

“I’m live!” the little one exclaimed, to which Kardashian replied, “No, stop. You’re not allowed to.”

The Keeping Up With the Kardashians alum is gearing up for her first holiday season since splitting from West in February. At the time, both parties filed to share joint legal and physical custody of their children. Kardashian recently submitted paperwork to restore her maiden name, asking the court on Friday, December 10, to grant her legal single status.

While the move came as a shock to fans of the KKW Beauty mogul, a source exclusively told Us Weekly that “there isn’t a lot to be read into” the decision. 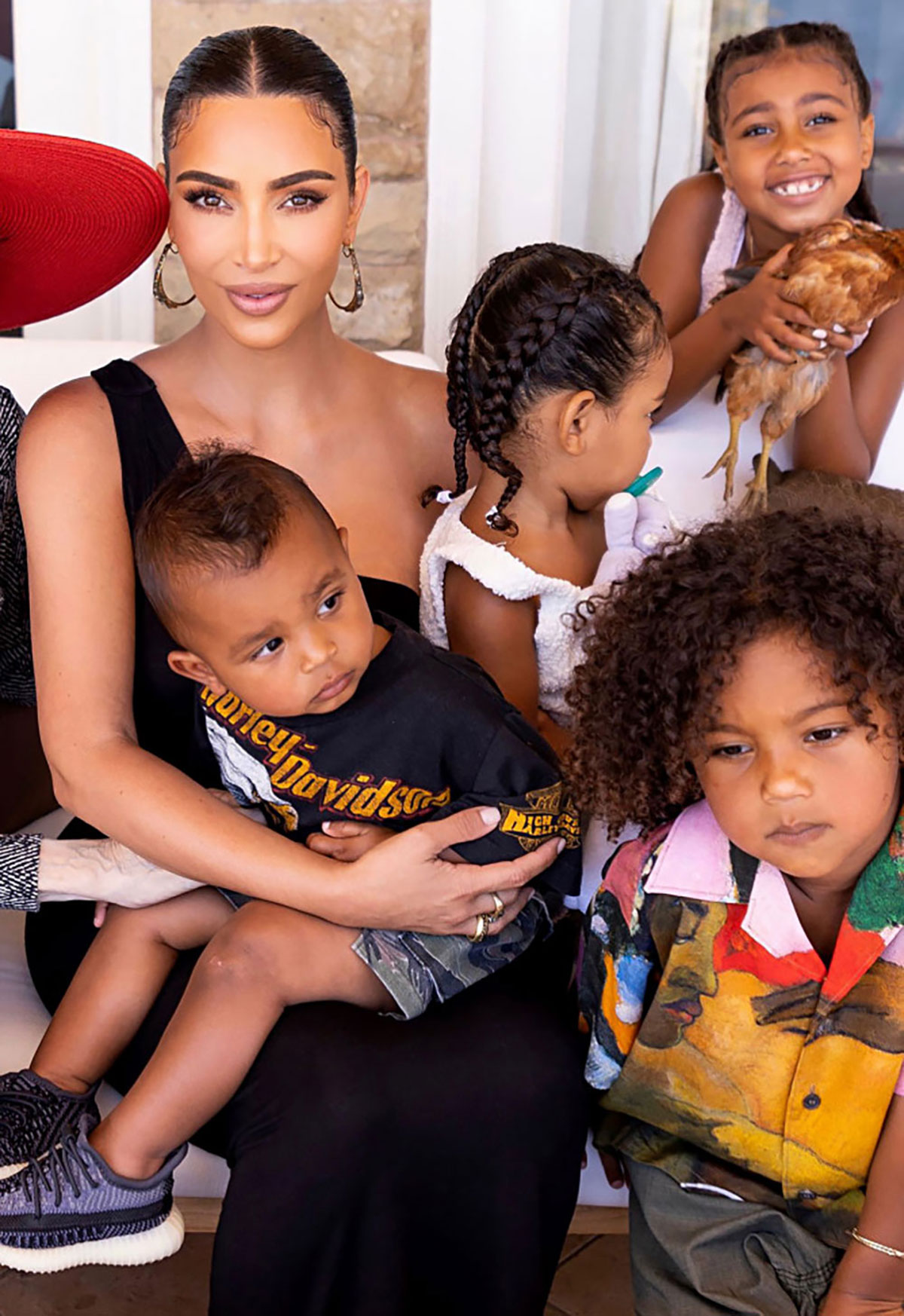 Kardashian and the Yeezy designer, who tied the knot in 2014, have reunited multiple times since calling it quits earlier this year, even recreating their wedding ceremony during one of West’s live Donda events in August. The “Stronger” rapper has made several public pleas for his estranged wife to reconsider their split, most recently during a concert in Los Angeles.

“I need you to run right back to me,” he sang on Thursday, December 9. “More specifically, Kimberly.”

The Skims CEO, however, has moved on since filing to end her marriage. In October, she was linked to Pete Davidson as the pair were spotted on several outings in both New York and Los Angeles after her Saturday Night Live appearance. One month later, a source exclusively revealed that Kardashian was “falling for” Davidson, 28, shortly before they confirmed their romance by holding hands in Palm Springs, California.

“The family is happy for Kim and they really have taken a liking to Pete,” a second insider told Us. “A lot of the Kardashians met him in the past and have hung out with him, so he’s not, like, this new stranger that just entered into their lives. They think he’s funny and is fun to be around. He’s someone that just lightens the mood in the room.”