While Kim Kardashian was front-and-center for former bestie Paris Hilton’s wedding Thursday, she opted to skip the newlywed’s celebratory carnival Friday night in favor of attending a pre-wedding celebration for friend, Simon Huck and his fiancé, Phil Riportella.

During the elegant affair, Kardashian, 41, toasted the couple while making a few light-hearted jokes at her own expense.

“It’s honestly so nice to be here for a gay wedding. I mean, I haven’t been to one since my second wedding,” she said to uproarious laughter in footage shared by Tracy Romulus.

The reality star was married to first husband, Damon Thomas, from 2000-2004, and filed for divorce from latest husband, Kanye West, earlier this year. 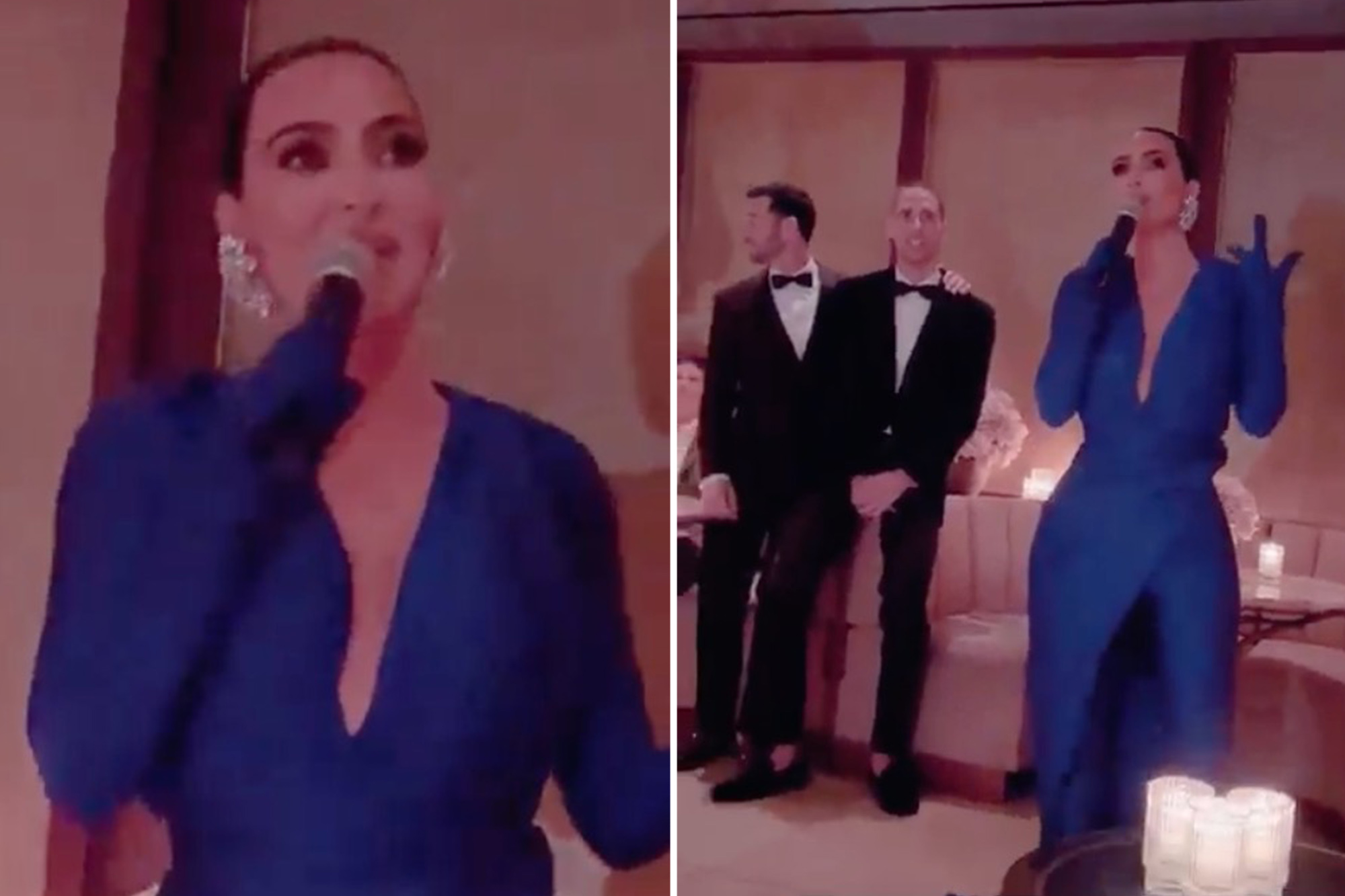 “I was a little bit confused because I haven’t really figured out this marriage thing myself, so I don’t know what kind of advice … I’m gonna give to you guys tonight,” she continued in video captured by fashion journalist Derek Blasberg, who said the reality star was “in her element” while toasting the grooms.

The fashionista wore a royal blue dress and large, sparkling earrings for the occasion, pulling her hair back into a sleek updo. 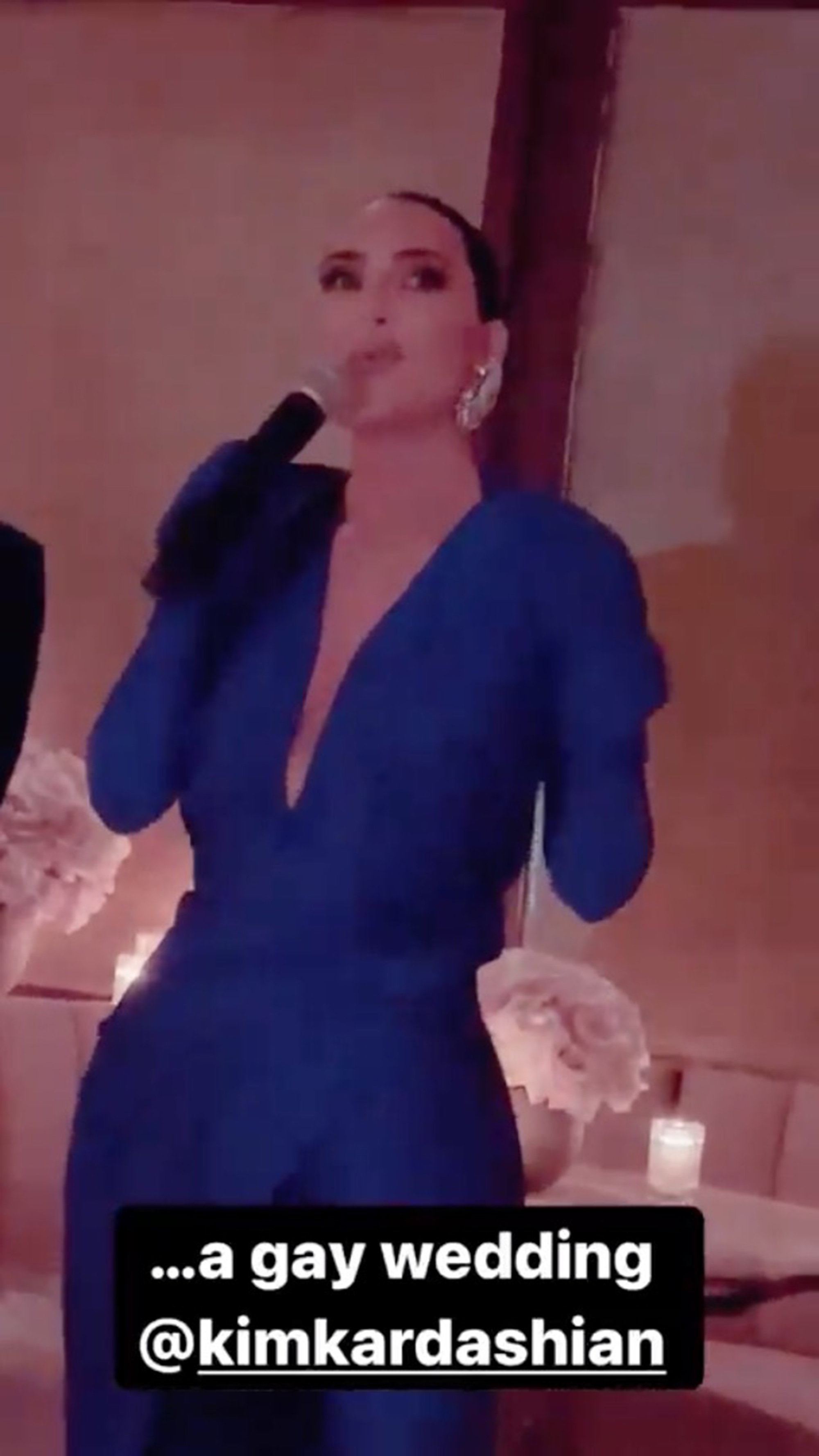 Huck has been a friend to the Kardashian family for years, previously appearing on episodes of “Keeping Up With the Kardashians.” The PR pro also starred in his own reality series, “The Spin Crowd,” in 2010.

He proposed to Riportella in January 2020, sharing a photo of their beachside engagement to Instagram at the time, alongside caption, “HE SAID YES!!!!!!💍💍.”

The pair are expected to be married Saturday.