KJ Freeman Is Here to Change the Art World

When some of her artist friends staged a peaceful protest at the 2017 Whitney Biennial in response to a white artist’s painting of Emmett Till, then curator KJ Freeman felt compelled to open an art gallery to ensure that they would still have a place to show their work. She’d been thinking of opening a curatorially driven space that would function in direct opposition to art-world capitalism and the white patriarchal systems that support it for some time—and that September, it became a reality.

Called HOUSING, the gallery champions the work of Black artists, queer artists, and artists of color, and rallies against the gentrification of New York. Last year, its community-driven mission took on new meaning when it moved from Bed-Stuy, Brooklyn, to a new space in Manhattan’s Lower East Side in early June, mere days after the killing of George Floyd and at the height of the COVID-19 pandemic. Quickly, Freeman transformed HOUSING into a neighborhood hub, distributing water and supplies to Black Lives Matter protesters and hosting a “Vigil for Black Death,” which featured video contributions from artists including Keijaun Thomas, Baseera Khan, and Sofia Moreno. To help financially support artists whose incomes had been all but decimated by the pandemic, Freeman also established a mutual-aid fund through which she awarded crucial microgrants.

This year, HOUSING was awarded The Armory’s third Gramercy International Prize, which allows one New York–based gallery to participate in the international show free of charge. From September 9 to 12 at the Javits Center, Freeman will be displaying the work of multidisciplinary artist Allana Clarke alongside that of painter Nathaniel Oliver.

Ahead of The Armory over Zoom, BAZAAR.com speaks to Freeman about rebuilding a more equitable art world, the absurdity of its elitism, and what’s next for HOUSING.

You studied art history but used to create art of your own—why did you transition into the curatorial space?

I realized that I had an eye. I knew when something needed to be shown in a very specific time. For me, I’m building an argument for dismantling white supremacy—that’s how I look at curating—and also broadening the Black art canon, because it’s so minuscule in a certain way compared to the vast history of art, right? How do I work to broaden it so it’s not just cishet Black men? Does Black art history start in the 20th century, or how can I make an argument that it’s always been there? Through my curation of emerging artists, I can make that argument.

I think that a good curator is just a problem solver or someone who’s trying to build the canon. That’s how I’ve always thought about curation. Curators I look up to are always in pursuit of uncovering lost history and making new arguments for the erasure of the other. 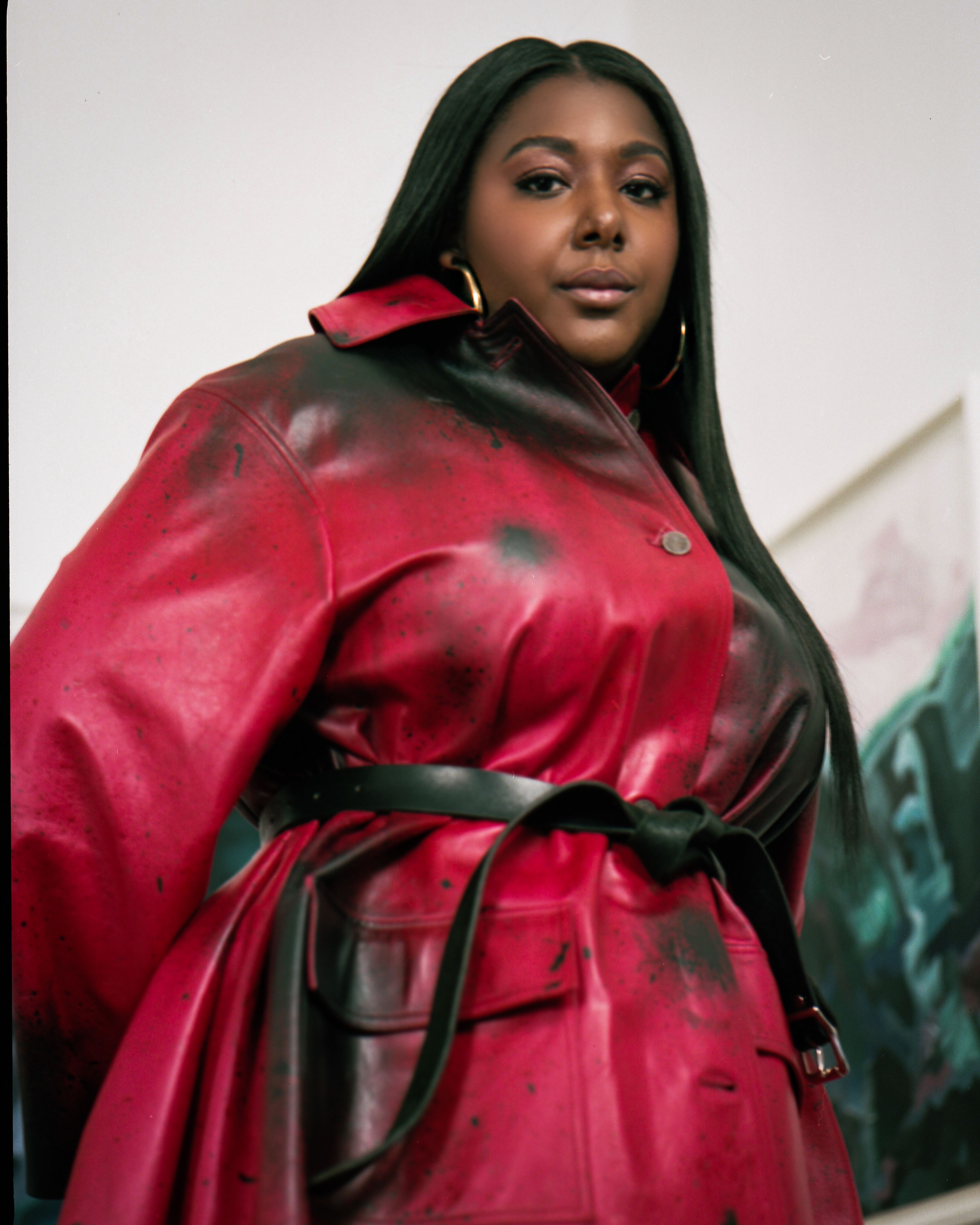 When you were growing up in New York City, where did you go to see art by BIPOC artists?

The Studio Museum would’ve been somewhere, but I didn’t go there that much. Sadly, I didn’t even really get introduced to BIPOC artists until I went into college. Before college, I had known who Kara Walker was and I knew Basquiat, but I didn’t know who Howardena Pindell was, I didn’t know who Ed Clark was. I didn’t have any of that knowledge, and even after college, I had to continue teaching myself about these artists and how important they are to the Western art canon.

What ultimately prompted you to open HOUSING?

I never really saw myself as an art dealer. That was the weird part. I knew I wanted to do a commercial gallery just because it’s easier than a not-for-profit. I was doing independent curating, and then I was in this incubator at the New Museum, and I was like, “What do people do who curate? Is everyone just fighting over the same jobs at institutions? Is everyone fighting for that one archivist job?” I was like, “I don’t want to do that. I don’t like working for anyone else.”

In 2017, my friends Parker Bright and Pastiche Lumumba protested Dana Schutz’s painting [of Emmett Till] at the Whitney Biennial. It was during this time where I think a lot of my Black peers who had come out of these predominantly white institutions were hitting a blockade. We were like, “We don’t even know how to function. That’s how anti-Black this shit is.”

So they protested the Whitney, and I was like, “No one’s going to show these people after this. There’s going to be major retaliation.” So I had to move to open up a gallery. I was subletting from another gallery that had closed a couple years prior, and I just started curating shows—what I wanted to see, what conversations I wanted to have.

All my 20s have gone into this project, which is insane to think about. I even now question, “How does the art world survive?” I think it survives out of love. I think people love art. I think people love the community. They love supporting visionaries and people who are pushing the grain. I always believe that shifts in any zeitgeist begin with art.

When you moved HOUSING to the Lower East Side, was that location important to you? Was it an intentional decision to have it in that neighborhood?

Cosmically, it’s important, because we talk about how gentrified Brooklyn is all the time, but the Lower East Side and the East Village are super gentrified to the point where people don’t even know that originally there was a Puerto Rican population living there. When you walk from Delancey Street down Essex, past the housing projects, it’s a working-class neighborhood.

The gallery has always been an homage to working-class people in New York. That’s why it’s called HOUSING, because working-class people always have issues with housing in this city. I grew up in New York housing projects, and even now, I think about the fact that I have friends who have parents who grew up in the city and can’t even afford to have an apartment here anymore. That’s a really hard-core thing for me.

HOUSING is an homage to people who come to the city for salvation. Queer people, gay people, marginalized people, people who are impacted by stigma. Yeah, not the glitz and glamor shit. Just the real shit. 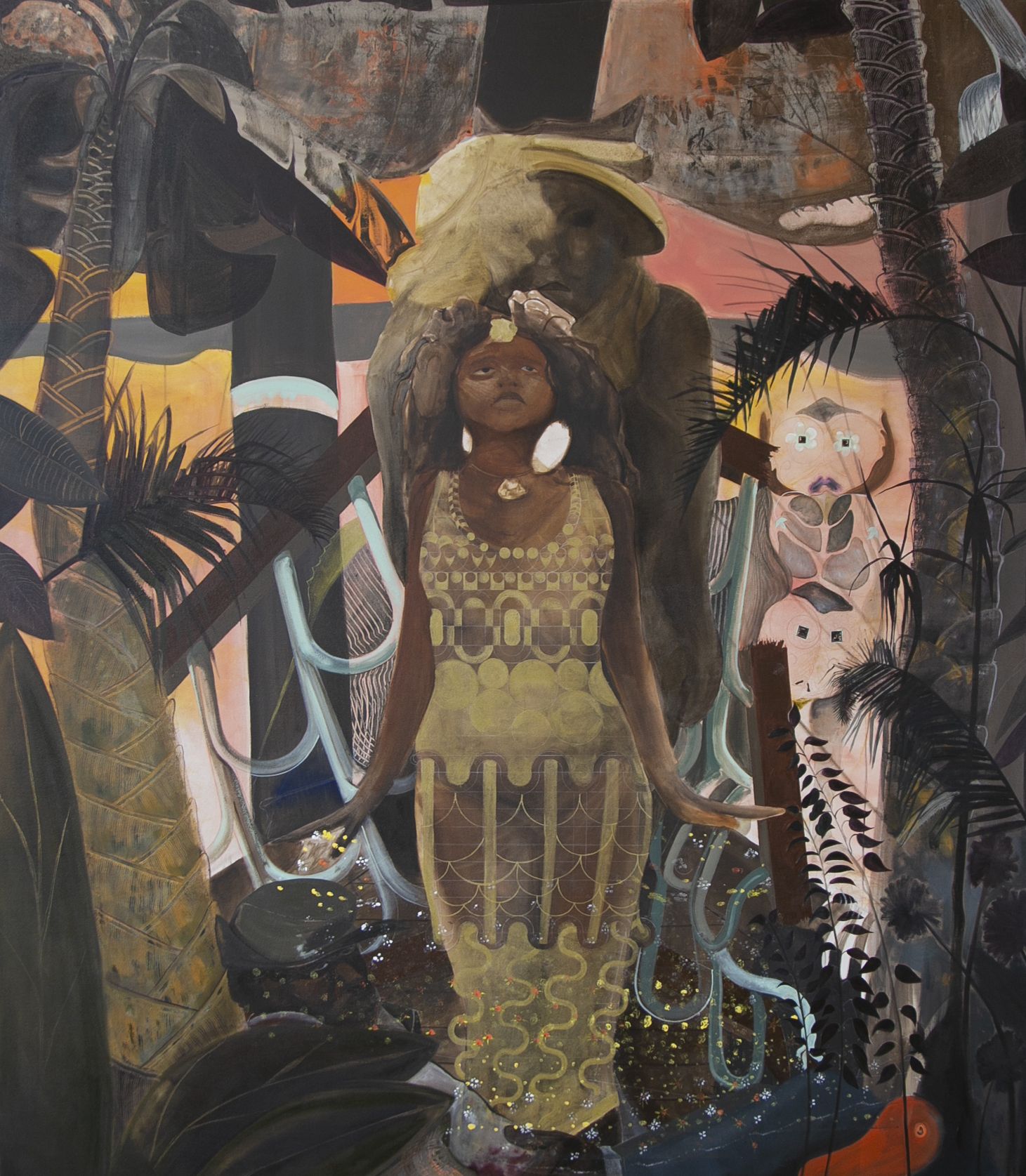 During the pandemic, HOUSING really served as a community hub. Why did you decide to activate the space like that?

It was really weird during the pandemic. I read a lot of criticism. I spent a lot of time writing. That’s my mode of protest is writing and speaking on things, but then also, I’m a gallery owner. It seems like a contradiction in a way, how I work in this hyper-luxury industry, and then I also have these really far, far-left politics. Then there’s a moment in time where all these things clash into one, and the whole city is reckoning with the things that have been really affecting Black people just to function properly in society. All I could do was offer my space. I got it in May of last year.

My argument for “Black Death” was to look at the estates of all these artists who died and were radical. Look at David Wojnarowicz, a gay white man who died of AIDS. Listen to the rage in his work. Look at Howardena Pindell and her video Free, White and 21. Keijaun Thomas was in the show talking about Black trans women. I wanted to say, “Look at you. Look at you. We both are screaming for rights.” I even included Jordan Strafer, who’s in the show [This End the Sun] at the New Museum right now. She’s a white woman, and I was like, “Femicide.” You know what I mean? We all deal with this particular othering with a white male patriarchy. Even gay white men deal with it. I just wanted to make an argument that my degradation and my subjugation and my death is the same reason why you died in ’80s, the same reason why you’re scared to leave your house at night.

HOUSING won The Armory’s Gramercy International Prize this year. How did you decide which artists you wanted to show together?

I chose to show Allana Clarke and Nathaniel Oliver. When I applied, I was like, “I would just be honored to be able to show these two great artists in the context of this moment.”

I chose Allana Clarke, because I really enjoy working with her. I didn’t know that she would be skyrocketing currently, but I resonated with her use of hair bonding glue. Black women are constantly in defense of their femininity, which is a conversation that is not often talked about, particularly in contemporary art. It was done in a way that was so fresh and so to the point, and I just think she makes beautiful objects.

Nathaniel is an extremely talented painter. I have a feeling that he is going to be considered a great American painter. 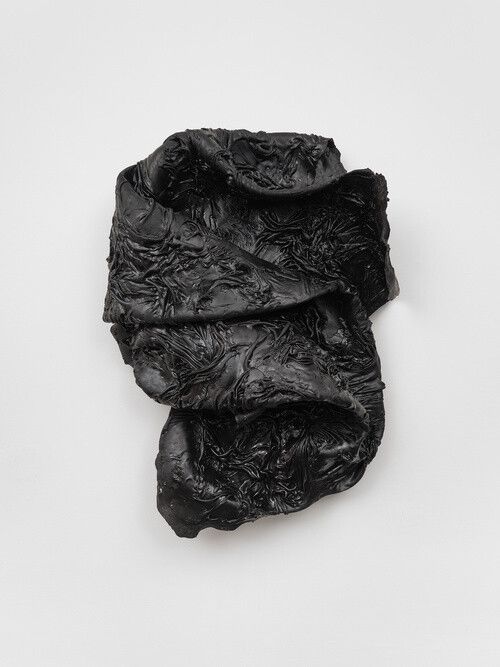 In a way, opportunities like the Gramercy Prize help democratize the art world. Do you think it’s important that more institutions offer them?

In the art world, they don’t take BIPOC people’s position seriously, because there’s this notion of white objectivity. It’s like thought has been colonized in such a way that Black and Brown people can’t even be considered to have that range. 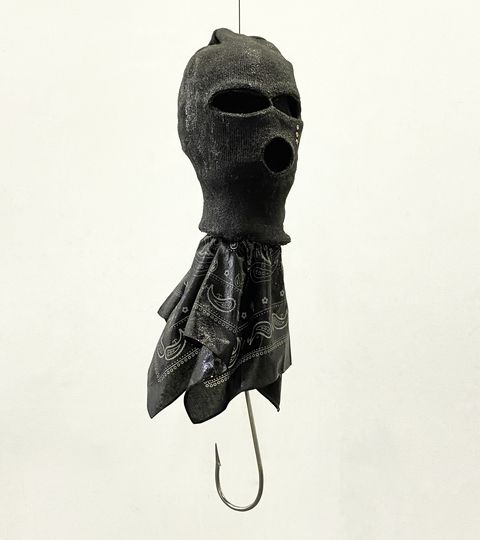 What other artists are you excited about right now?

Right now, I’m working with Arlene Wandera; she’s a London-based artist from Nairobi. She represented Kenya in the Venice Biennale in 2017. I just love her work so much. It’s, to me, just some of the best work I’ve seen in years. I love working with Taína Cruz. She’s one of my favorite artists right now. She’s based in Chicago right now, but we have a solo show with her in 2022. Also Faith Icecold, and then Pastiche Lumumba—his show [“Vernacular Heraldic”] is on at HOUSING right now.

This interview has been edited for clarity.