On the move! Kylie Jenner took to the treadmill two days after she opened up about her postpartum body struggles.

The Keeping Up With the Kardashians alum, 24, matched her black top and leggings to her sneakers in a Thursday, March 17, Instagram Story, showing her workout. The Los Angeles filmed herself taking steps on the exercise equipment in a Boomerang. 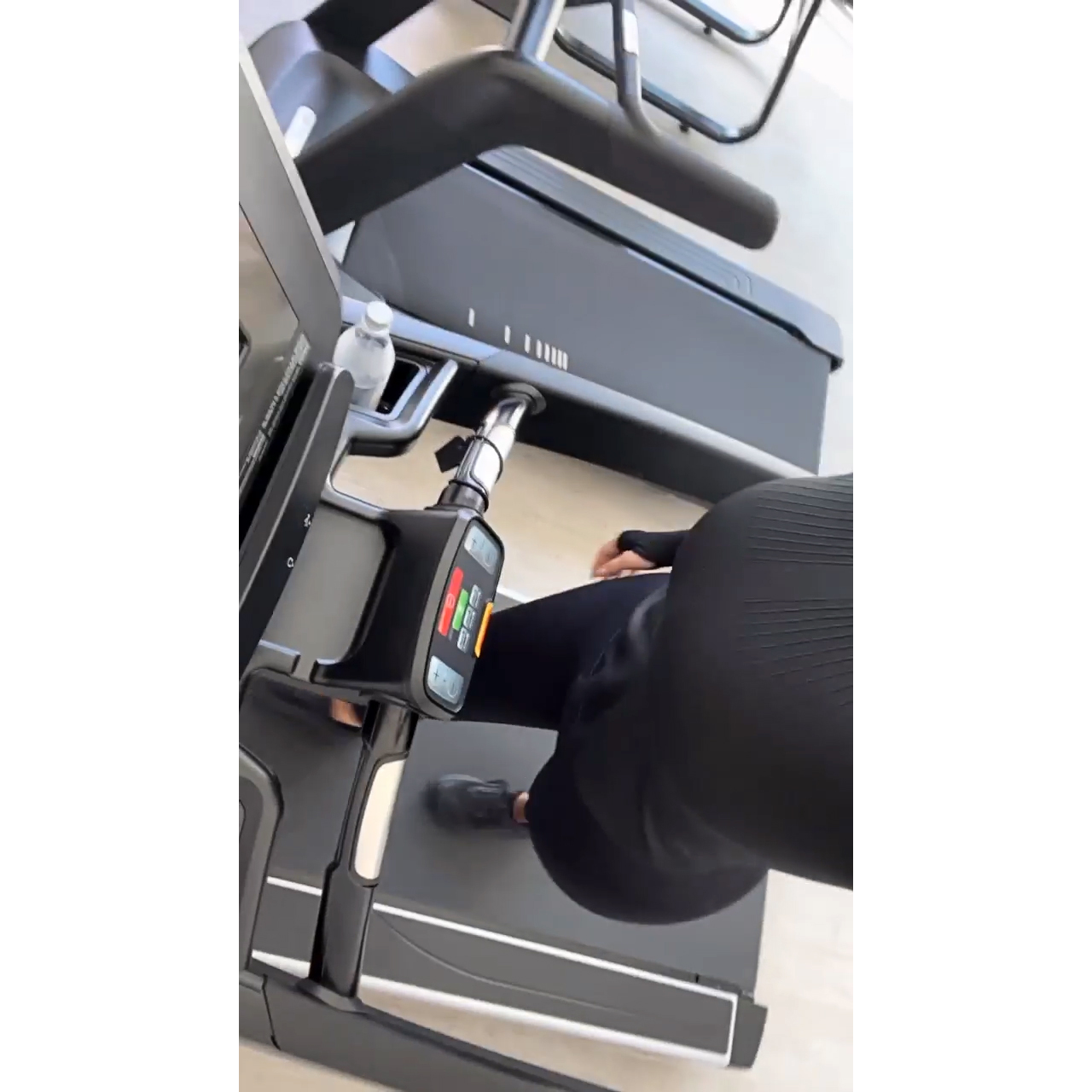 The Kylie Cosmetics creator, who is the mother of daughter Stormi, 3, and son Wolf, 6 weeks, with on-again, off-again boyfriend Travis Scott, told her followers on Tuesday, March 15, that her postpartum experience has “not been easy” the second time around.

The Kardashian-Jenner Family: Get to Know the Next Generation

“It’s very hard,” the Life of Kylie alum said in an Instagram Story video, calling her journey after Wolf’s birth “a little harder” than after Stormi’s February 2018 arrival.

“It’s not easy, mentally, physically, spiritually, it’s just crazy,” the makeup mogul went on to say. “I didn’t want to just get back to life without saying that because … for other moms going through it right now, I think we can go on the internet and it might look a lot easier for other people and put the pressure on us, but it hasn’t been easy for me either. It’s been hard. I didn’t even think I’d make it to this workout today but I’m here and I’m feeling better. So, you’ve got this.”

The Kylie Skin creator added that it is “OK to not be OK,” concluding, “I realized that I was putting some pressure on myself, and I just keep reminding myself I made a whole human, a beautiful healthy boy. We have to stop putting pressure on ourselves to be back, not even physically just mentally, after birth.”

That same day, the Los Angeles native enjoyed a girls’ night with friend Anastasia “Stassie” Karanikolaou. Jenner was “smiling and laughing” and “in a great mood during the Los Angeles outing, an eyewitness told Us Weekly on Wednesday, March 16.

The insider added, “She looked fantastic and was in great spirits. She was too occupied with her friends, so she did not take any photos.”

The Kardashians star gave birth to Wolf in February, one day after celebrating Stormi’s 3rd birthday. The former E! personality has yet to share photos of her baby boy’s face via social media — but she did show the newborn’s hand in a black-and-white photo last month.