Labor has dropped plans to review the JobSeeker rate after years of dispute about whether unemployed Australians can live on the base rate of $46 per day, making it clear it will not set up a fight with the Coalition over the payment.

In a stance that risks a backlash from social services groups, Labor confirmed on Tuesday it had no plans to change income support for the unemployed from the base rate of $642.70 per fortnight for a single person without children. 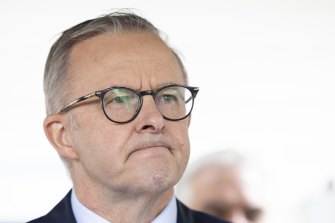 Labor went to the last election with a policy to review the rate and consider an increase but quietly shelved this plan last year after the federal government announced a permanent boost of $50 per fortnight after a series of temporary changes when the pandemic began.

“We haven’t committed to an additional increase, I’m aware that an increase took place, a modest increase was put in place,” Leigh said.

“Certainly, living on JobSeeker is a challenge, there’s no doubt about that, and that’s one of the reasons we need to make sure we’re also thinking about areas such as rent assistance and the adequacy of social housing.

“It’s about the whole package, making sure that we’ve got appropriate supports for people who are the most vulnerable.”

Leigh made the remarks in response to a question from Cassandra Goldie, the chief executive of the Australian Council of Social Services and the host of the Tuesday event, who then asked if Labor would review the rate.

“We don’t have plans for an independent review at this stage,” Leigh said.

“Certainly, the focus that we have is principally around our social housing commitment.”

ACOSS had support from the Business Council of Australia last year on the calls for an increase, although the peak industry group has not named its preferred rate and instead argued it should be “closer to the Aged Pension”.

The Aged Pension is worth $70 per day for a single person at the maximum basic rate with the pension supplement and energy supplement, adding up to $987.60 per fortnight.

The Australian Financial Review reported in February last year that Labor had left the door open to going to the election without a commitment to lift the rate despite calls for an increase beyond the government’s $50 boost.

While Labor social services spokeswoman Linda Burney said in June 2020 that the old JobSeeker rate of $40 per day was too low and Labor would propose a higher rate, she said this before the government announced the permanent increase the following year.

The Greens have outlined plans for a base rate of $88 per day for all forms of income support, with taper rates and conditions, in what the party calls a “guaranteed liveable income” that would cost $427.9 billion over the decade ahead.

The Greens policy would lift JobSeeker, the Aged Pension and other income support to $1,232 per fortnight.

Labor leader Anthony Albanese played down the prospect of a Labor boost to the rate in the days after the government increase in February last year.

“Well, of course we think that it is really tough to do it on $40 a day… We would like to see a greater increase. But we’re not in a position to do that,” he said.

Goldie reminded Leigh on Tuesday that she and others in the social services community would press Labor to promise a higher rate.

“There is such broad consensus across the community sector about the need to fix the adequacy of income support, in particular JobSeeker, as a key cause of the level of poverty that’s being experienced including, for example, by single parents, older women, people with a disability,” she said.

“So there will be continuing questions from all of us, I’m sure, across all sides of politics, candidates and parties, about pushing for that commitment.”